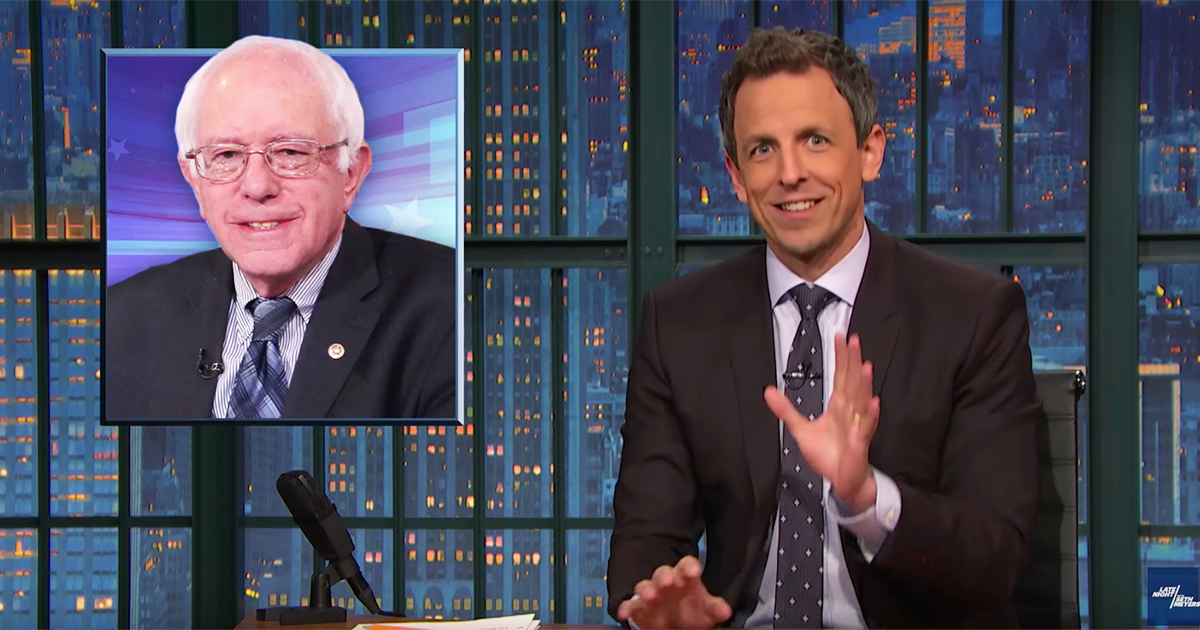 Sunday may have been the latest in the top-secret Democratic debates, but Seth Meyers is still talking about it. On Tuesday's "Late Night" the host outlined the impressive surge Bernie Sanders' campaign has solidified in Iowa and New Hampshire.

"That's right, it's 2008 all over again. A young handsome, charismatic challenger has entered the race," Meyers said with a photo of Martin O'Malley. "And he's losing the race by 40 points to Waldorf from the Muppets." Meyers said that Sanders' popularity is something that no one could have expected, but Democrats love him. People are actually starting to take seriously the idea that Sanders could be the nominee. "But here's the huge part of the story: the media completely missed this. They ignored Bernie Sanders for months. And as a result, Hillary got a lopsided amount of coverage." Out of 857 total minutes of nightly news coverage, Trump got 234 minutes, Clinton received 113 minutes and Sanders got 10.

So how is Sanders doing it? He's outperforming Clinton 2 to 1 among young voters and this was the first year that the millennial generation became the largest voting bloc. Sanders is even starting in a few selfies as travelers run into him flying from place to place to campaign. It seems Sanders flies commercial airlines and in coach. One photo of him even shows him in a middle seat, which is really roughing it. "Bernie Sanders is so frugal, if he's elected president he might travel on Bus Force One."

Perhaps the explanation for how a young voter ends up supporting Sanders could be summed up by rapper Killer Mike who has endorsed Sanders. "Smokin a joint and readin' his tweets," Killer Mike said. Every once in a while someone transcends their age and enters the "Betty White Zone" of support with youth. That's how Meyers explains Sanders' youth support.