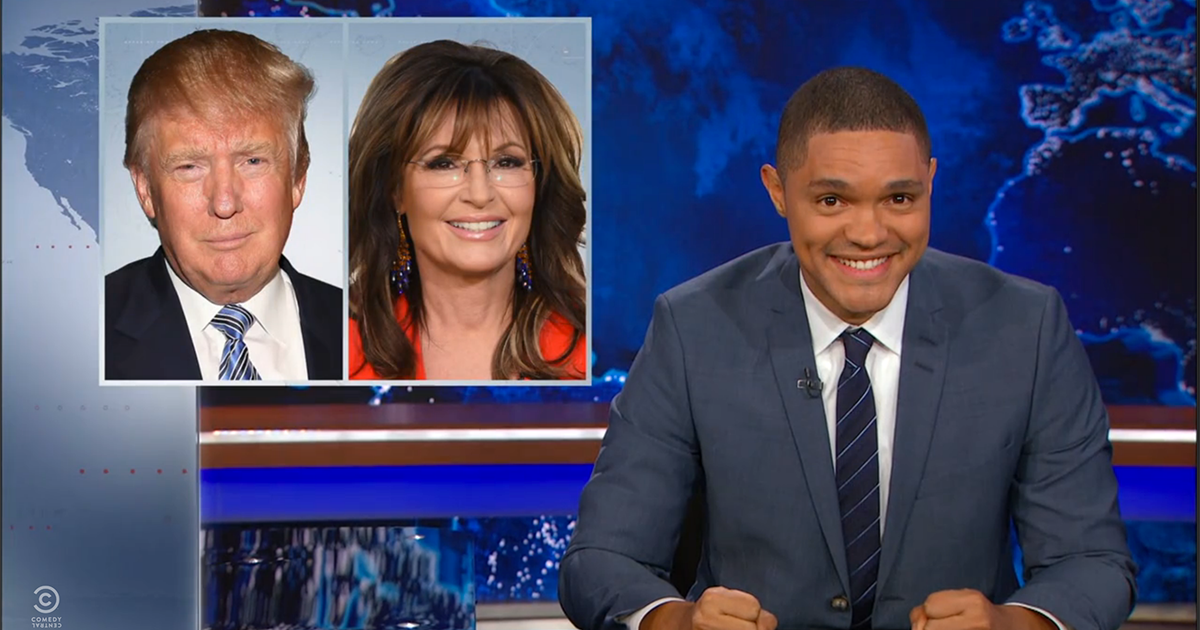 It was all anyone was talking about Tuesday, Sarah Palin and Donald Trump: a match made in hell. Trevor Noah was ready to crack jokes at the top of "The Daily Show" last night.

Trump even did a swing through at Liberty University, where all of the Republican candidates go to pander before an election. Trump, of course, talked up his own book "The Art of the Deal" but did say that it wasn't as good as the Bible. He pulled a passage from what Trump called "two Corinthians" that used the word "liberty" in it and read it on stage. "This man has no idea what he's talking about," Noah blasted. "So basically you were going to Liberty University and you thought, 'oh, if I find the word liberty in the Bible then I'm golden! That's the whole ball game!'"

Check out the rest of the Trump update below: