Sanders and Clinton are having a weird, ugly fight over the future of health care the GOP will likely render moot 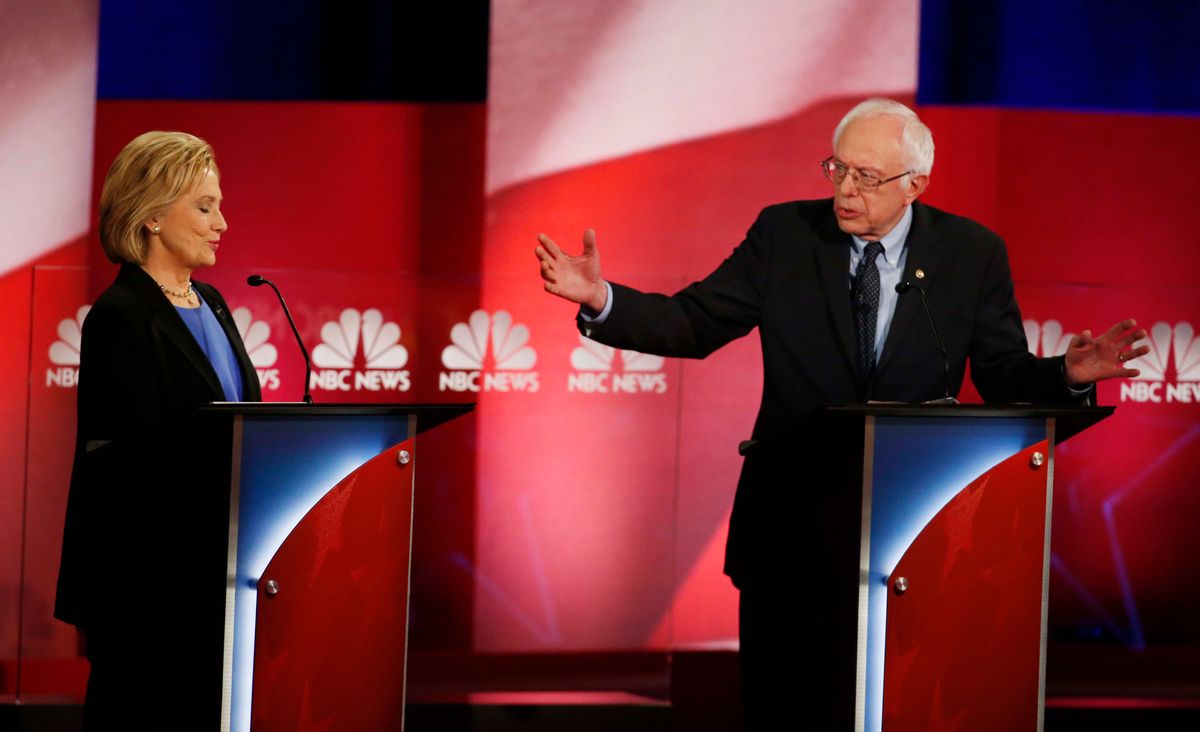 In an unexpected development, a presidential primary has broken out among the Democratic 2016 candidates. Hillary Clinton and Bernie Sanders are trading shots with each other as Bernie enjoys a modest lead in New Hampshire polling and is threatening Clinton’s hold on Iowa. As this past weekend’s debate made clear, the fight for the Democratic presidential nomination is being waged largely over the future of health care policy. And as it stands right now, it’s a contest between unmoored idealism and ruthless pragmatism.

Like so many political battles over the past six years, this one circles around Obamacare. Bernie is making the case to replace the Affordable Care Act with the sort of single-payer health care system – “Medicare for all,” as he puts it – that progressives have been pushing for going back to FDR. Hillary is far less aspirational, making the case that we already have health care reform in place, so let’s work to shore up the ACA where it needs it. There’s been a movement over the past few days by prominent liberal commentators – Paul Krugman, Jonathan Chait – to bolster Hillary’s position and argue that Bernie is being politically unrealistic or insufficiently appreciative of the degree to which the ACA has succeeded.

Bernie’s argument has both good and bad elements to it. He’s speaking to a core value of Democratic and liberal politics: guaranteed access to health care for everyone. And he’s capitalizing on the frustrating gaps in the ACA, which exist both as a consequence of how the law is structured and the vulnerabilities that conservatives on the Supreme Court and in state governments have exploited. Sanders is pushing for a liberal ideal – his problem is that he has no plausible explanation for how to get there.

Barack Obama serves as a useful counterexample for how to balance aspiration and pragmatism. Obama’s idealism in 2008 was rooted not in policy but in the gauzy sense of hope and optimism that pervaded his messaging. When it came to policy, particularly with regard to health care, Obama went for what was politically viable: he backed a version of what would eventually become Obamacare, only he was dead set against an individual mandate. Hillary backed a mandate, and Obama clobbered her for wanting to fine people who didn’t have insurance. Obama won, and when it came time to actually craft the policy, he reversed course on the individual mandate after it became clear he’d need one to maintain Democratic support in Congress. It wasn’t the finest moment for principled politicking, but it got the job done in terms of reforming the health care system.

Sanders has his policy goal, but getting there requires, as he puts it, a “political revolution.” Such things are difficult to manufacture under our system of government, and Hillary has made a point of arguing that Sanders’ vision doesn’t comport with political reality as it exists.

Where Hillary and some of her defenders go wrong is in chastising Sanders simply for bringing up single-payer as a policy preference. At the debate over the weekend, Clinton attacked Bernie and made the case that the whole discussion was counterproductive. “There are things we can do to improve it,” she said of the ACA, “but to tear it up and start over again, pushing our country back into that kind of a contentious debate, I think is the wrong direction.”

That’s a remarkably short-sighted position for her to take, as are her swipes at Sanders for wanting to “end all the kinds of health care we know.” Bernie is speaking to a long-held public policy aspiration of the left – he’s advocating for universal health coverage. It’s one thing to criticize him for not have a workable plan for how to get there, but quite another to say “pipe down and be happy with what we’ve got.”

Of course, it’s entirely likely that this tension between Hillary’s pragmatism and Bernie’s idealism is moot. Should either of them win the presidency, they’re more than likely going to come into office with Republicans controlling at least one house of Congress, and the lesson of the past half decade is that Republicans won’t allow any action on Obamacare that isn’t destructive to the law. Assuming there’s no “political revolution” and assuming the GOP remains stalwart in its opposition, the more likely role of a Democratic president will be to fight tooth and nail just to maintain the health care status quo in the face of Republican sabotage.