Trump's bloody boast: I could "shoot somebody and I wouldn’t lose voters"

Trump has, so far, declined to clarify his remarks 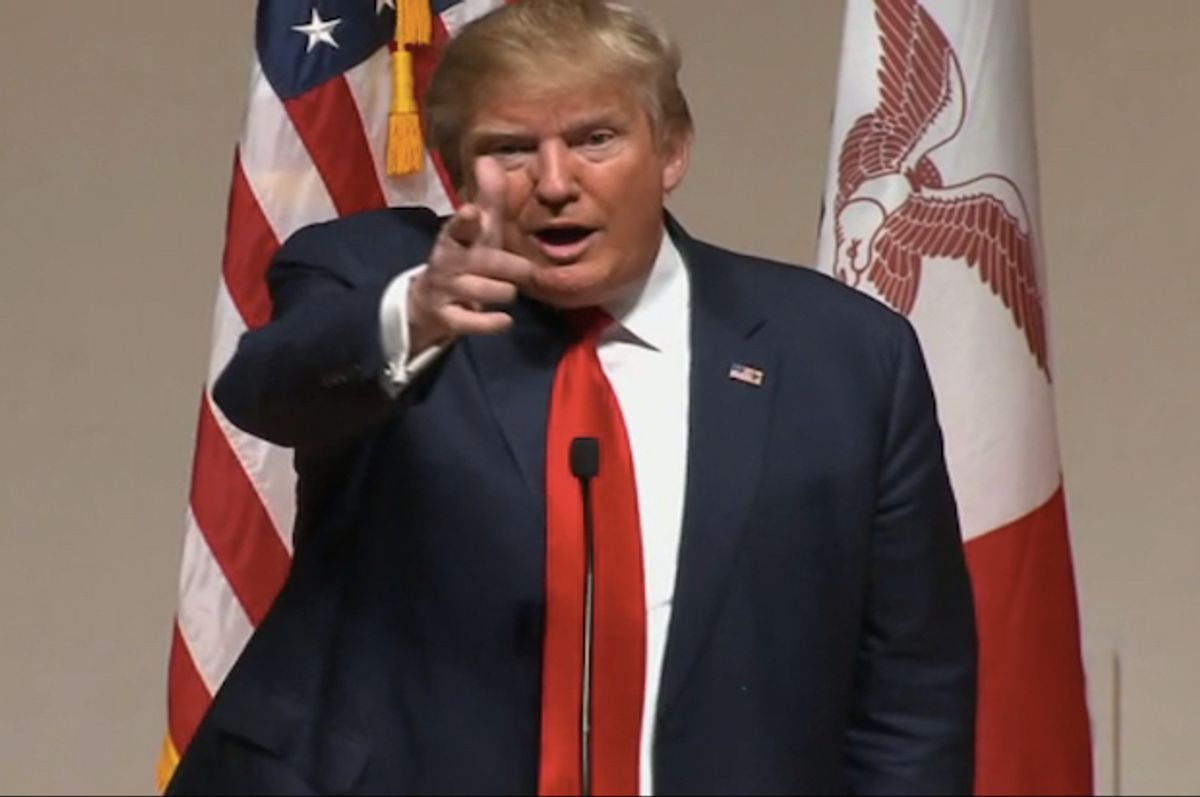 In the final days before the 2016 Republican presidential primary kick-off contest in Iowa, longtime dominant frontrunner Donald Trump is feeling so confident that he's now openly bragging that he could randomly open fire in the middle of New York City and still maintain his popularity among GOP voters.

"I could stand in the middle of Fifth Avenue and shoot somebody, and I wouldn't lose any voters, OK?" Trump remarked at a campaign stop at Dordt College in Sioux Center, Iowa, on Saturday. "It's, like, incredible," he boasted as he shaped his fingers into a gun and acted out pulling the trigger:

According to CNN, Trump refused to to clarify the statement after the rally.

Of course, Trump's main Iowa rival, Ted Cruz, took the opportunity to differentiate himself from the billionaire real estate mogul: "I can say I have no intention of shooting anybody in this campaign."