But his "gut" told him that it must be "a political hit job" -- because who needs evidence when you have guts? 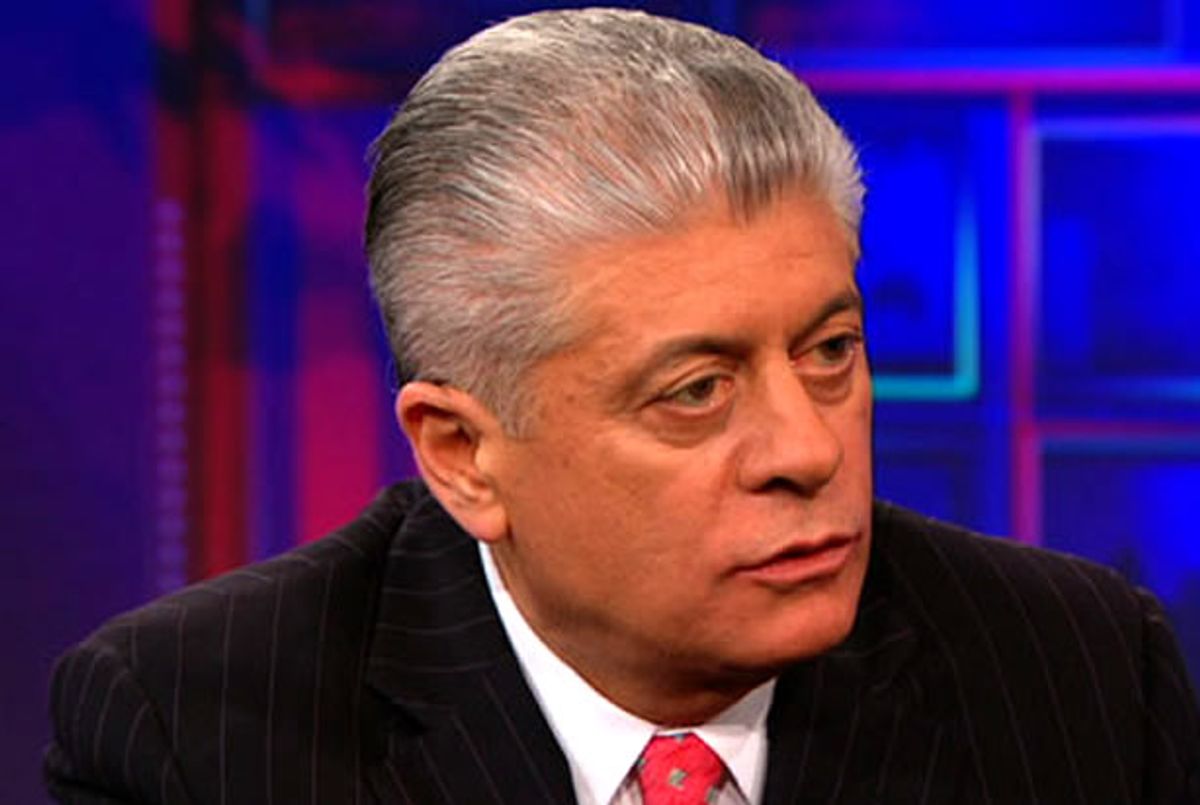 When the Planned Parenthood hoax exploded in the faces of those who perpetrated it, you knew it was only a matter of time before the folks at Fox News lashed out at those they deemed responsible -- including the Republican district attorney who oversaw the indictment.

Fox News legal analyst Judge Andrew Napolitano said that District Attorney Anderson -- herself a Republican appointed by then-Governor Rick Perry in 2013 and later elected into office -- had no right as a "Republican woman" to level an indictment against the Center for Medical Progress' David Daleiden and Sandra Merritt, since they were the ones who called attention to the "problem" in the first place.

"They’re really seriously pro-life people wanting to expose how government dollars are being used by Planned Parenthood," the judge said. "The tapes came out, there was an uproar."

Napolitano further explained that "the grand jury does not turn around and indict your witnesses, the people who brought you the case, without the prosecutor wanting this to happen."

"There is a bad person out there, you find out how far they will go in their evil designs," Napolitano continued, apparently incapable of stopping his diatribe. "The person having the conversation is not committing a crime because they don’t have the intent to commit the crime, they’re just trying to find out if the other is willing to do so."

However, he admitted that despite the obvious ferocity of his opinion, he hadn't actually even read the indictment. "In fairness to these prosecutors" -- a fairness he hadn't shown an inkling of the entire segment -- "none of us who are commenting on [the indictment] have seen it." But ultimately, he concluded, his "gut" tells him it's "a political hit job."