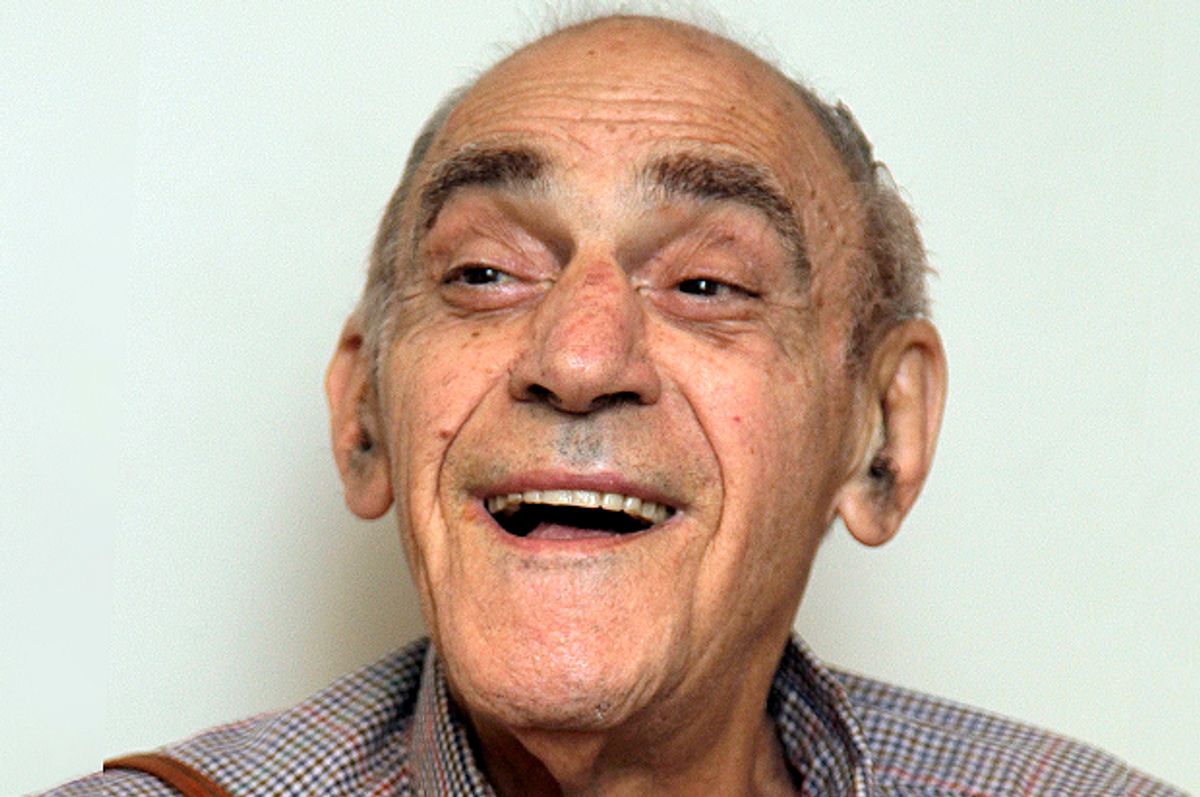 Abe Vigoda, 94, passed away in his sleep this morning in Woodland Parks, New Jersey. Vigoda was an accomplished character actor whose many roles included, most notably, Sal Tessio in "The Godfather" (before getting whacked) and in a subsequent flashback sequence in "The Godfather: Part II"; Detective Phil Fish on '70s sitcom "Barney Miller" and spin-off "Fish"; as well as regular guest appearances on "Seinfeld" and Conan O'Brien's "Late Night"/"The Tonight Show":

Vigoda also made frequent appearances on Letterman's "Late Show" as part of a segment called "Abe Vigoda is Still Alive"--after "People" magazine accidentally referred to the actor as "the late Abe Vigoda" in a 1982 publication--ultimately spawning the website abevigoda.com:

For those of us too young to know Vigoda beyond late-life cameo appearances, here's a perfect example of Abe stealing a scene without saying a word in a 1976 episode of "Barney Miller":

As is to be expected when an actor as successful and iconic as Vigoda passes, stars quickly tweeted tributes, many of which were fittingly tongue-in-cheek, including a Questlove shout-out to the Beastie Boys shout-out in "Posse in Effect":