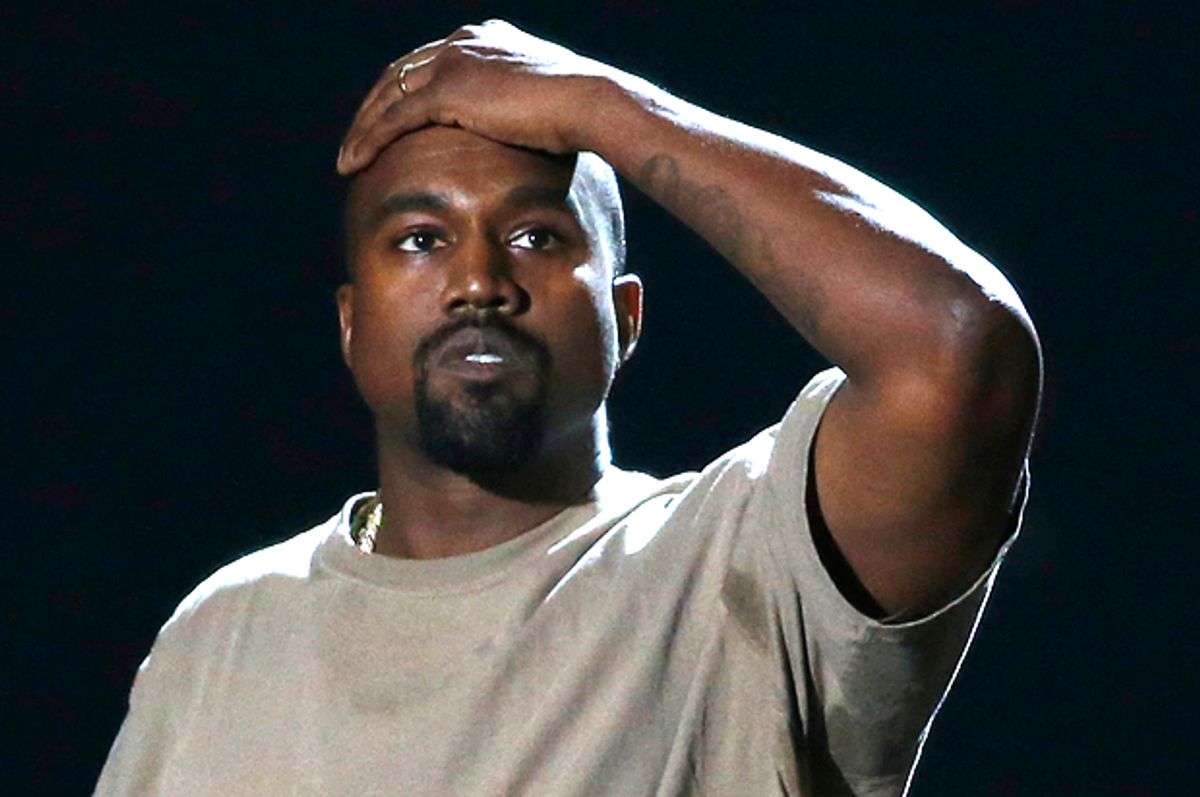 Kanye yesterday announced he’d changed the title of his forthcoming album from “SWISH” to “WAVES.”

What prompted the change remains unclear. One small but noisy subset of hip hop heads called out West on the switch, citing the legacy of mid-‘00s-era rapper Max B (a.k.a Wavy B, Wavy Crockett). Max is currently serving his seventh year of a 75-year sentence for armed robbery and murder conspiracy. But before that, he defined "wavy."

Among wave-truthers is Wiz Khalifa, who followed up West’s announcement with some daring subtweets and several links to Max B's YouTube videos:

West then tweeted the following, in an apparent attempt to appease the wavy masses:

The beef should've been snuffed there, but Khalifa posted this objectively innocuous tweet:

Warning: Yeezy crossed a serious line in parts 4 and 5:

The "stripper" in question is understood to be Khalifa's ex-girlfriend Amber Rose — who crossed another line herself to fire back at West:

And if I were to choose one tweet to sum up the entire rant:

Short of engaging, Khalifa made one definitive attempt to clarify:

And, whoa, the message was well received. Never too late for an OG to learn new tricks: