Heidi insisted Ted isn't "beholden" to corporate interests, even if their family income largely is 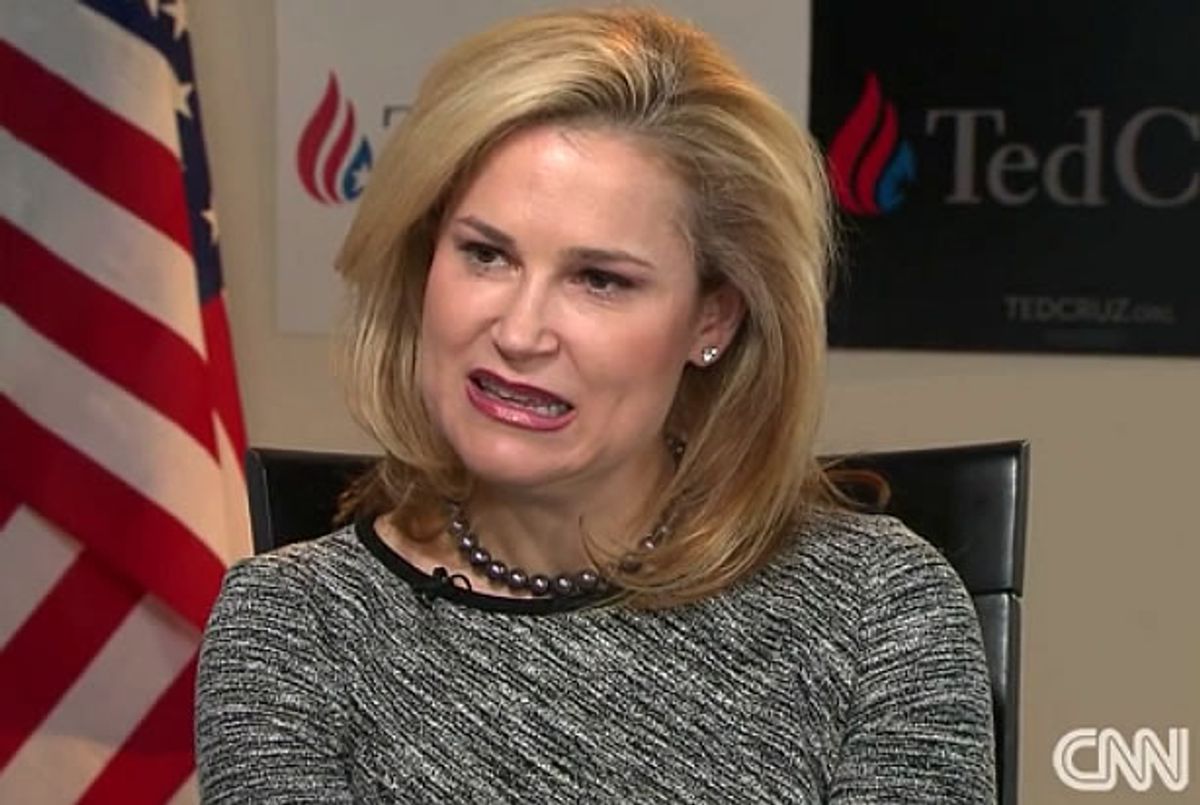 In an exclusive interview with CNN's Dana Bash Wednesday, Heidi Cruz attempted to "tell the American people who Ted is," but unwittingly informed said people that he's a Wall Street-first hypocrite whose anti-establishment credentials aren't quite what he believes them to be.

She began by attempting to humanize him, claiming that he's "a person who, when I'm really busy running around the house the other day to pack -- when he had a lot more on his plate -- sat down and packed my suitcase for me." But those weren't the kind of details Bash was interested in, as she asked why the junior Texas senator is loathed by his colleagues.

"It's because he's fighting for the American people," Heidi responded, "and they want him to be unwavering. He's unwavering for principle for them." Those principles allegedly include an anti-establishment predilection that led him to say he would oppose the Wall Street bailouts. Bash asked whether it was "principled" to rail against Wall Street while his wife works for Goldman Sachs.

"Ted doesn't have an anti-Wall Street sentiment," she replied. "He has an anti-government support of industry sentiment."

Cruz explained that she runs "the private wealth business in the southwest front Houston. I'm on a full-time leave of absence. And the job that I have at that firm is in many ways, in my view, the heart of helping people who have achieved the American dream. And Ted is running on reigniting the promise of America."

"It's great that we have wealthy people in this country. The clients of Goldman Sachs have been entrepreneurs," she added, before noting that "Ted is in no way beholden to Goldman Sachs."