"By the way. This is gravity!": Neil deGrasse Tyson literally just dropped the mic on B.o.B's flat Earth crap 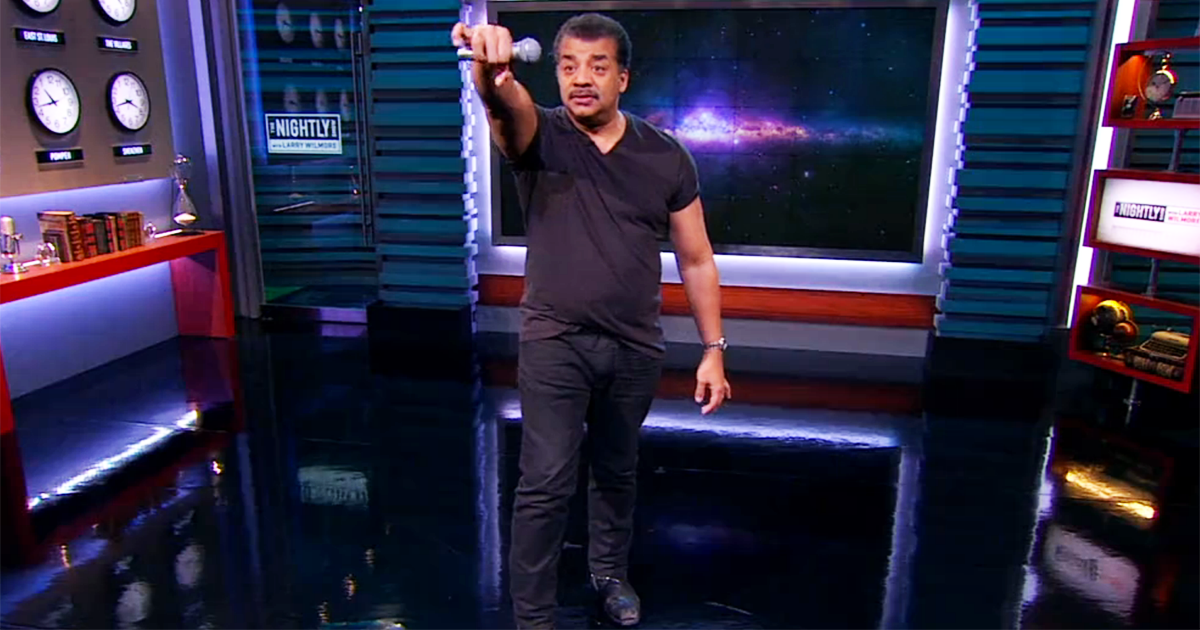 The most bizarre feud erupted this week between physicist genius and nerd extraordinaire to the stars (like the actual stars) Neil deGrasse Tyson and hip-hop artist B.o.B. who thinks the world is flat. Seriously.

A lot of people are turned off by the phrase "flat earth" ... but there's no way u can see all the evidence and not know... grow up

The notorious NDT wasn't having it:

@bobatl Duude — to be clear: Being five centuries regressed in your reasoning doesn’t mean we all can’t still like your music — Neil deGrasse Tyson (@neiltyson) January 25, 2016

Clad in a nerd-hot black muscle tee, NDT laid down part slam part science all to inform B.o.B that the “world isn’t fucking flat.” He started off explaining the reasoning but then turned political, "but this whole thing is a symptom of a larger problem. There's a growing anti-intellectual strain that is growing in this country. It may be the beginning of the end of our informed democracy. In a free society, you can and should think whatever you want. If you want to think the Earth is flat, go right ahead. But if you think the Earth is flat and you have influence over others, as would successful rappers or even presidential candidates, then being wrong becomes being harmful to the health, the wealth and the security of our citizenry." Truth.

“And by the way,” he finished. “This is called gravity,” and then dropped the mic. Boom!

Check out the rest of the awesome below: