The circus returns to Iowa: With Trump a no-show, rivals could go nuclear on him at Fox News debate 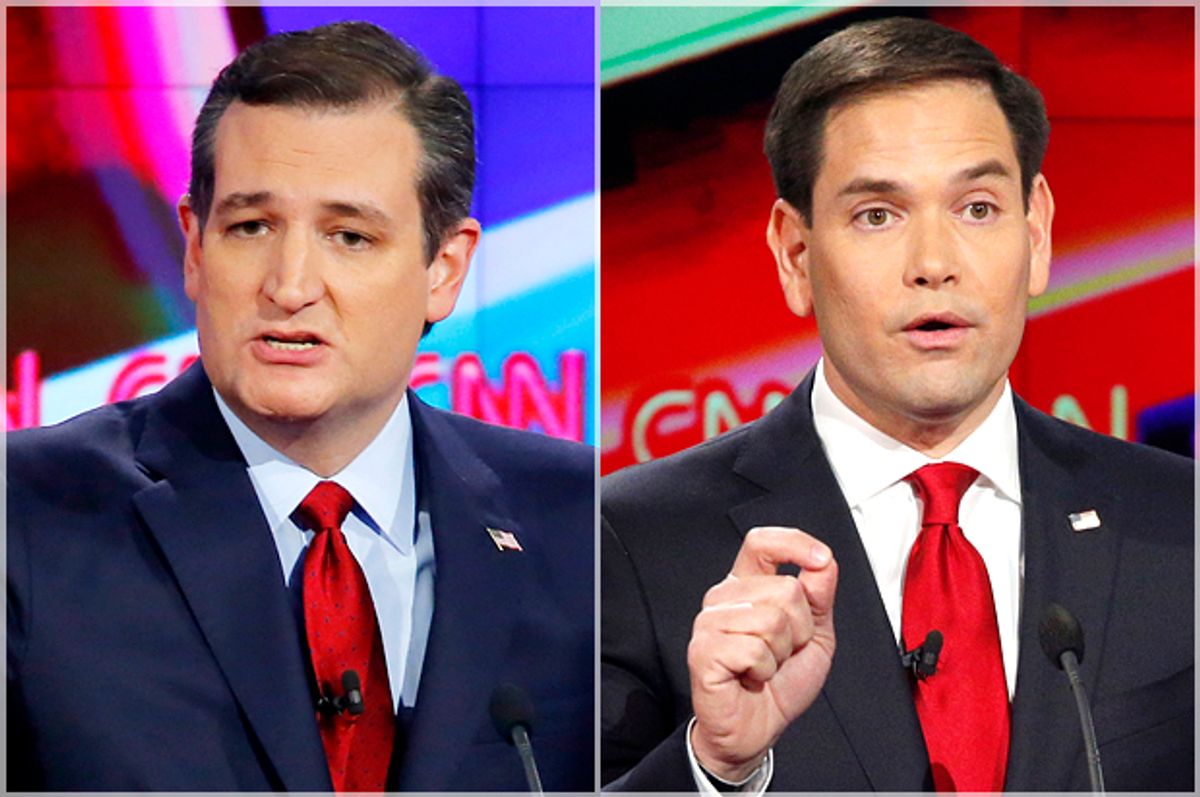 After feuding with Fox News for months, the real estate mogul announced on Tuesday that he would boycott tonight's debate. The Donald can't work with an incompetent loser like Megyn Kelly, the Fox anchor who's serving as a debate moderator, so he's backing out. In what is arguably the greatest press release in the history of the press, Trump's campaign clarified their decision:

“Unlike the very stupid, highly incompetent people running our country into the ground, Mr. Trump knows when to walk away. Roger Aisles and FOX news think they can toy with him, but Mr. Trump doesn't play games. There have already been six debates, and according to all online debate polls including Druge, Slate, Time Magazine, and many others, Mr. Trump has won all of them, in particular the last one. Whereas he has always been a job creator and not a debater, he nevertheless truly enjoys the debating process – and it has been very good for him, both in polls and popularity. He will not be participating in the FOX news debate and will instead host an event in Iowa to raise money for the Veterans and Wounded Warrios, who have been treated so horribly by our all talk, no action politicians.”

This statement is a masterpiece. Sure, it's a syntactical trainwreck, but it's so thorougly Donald Trump. This is a performance artist deeply committed to his role. He doesn't have any relevant ideas or knowledge, and so there's nothing to debate. So what does he do? He pulls out of the debate, comandeers the news cycle, and manages to suck all the oxygen out of a room he's not in. And he scores additional points by pandering to Veterans. Trumpites will love this move. Expect the Donald to receive a generous bump in the first post-debate polls.

It will be fascinating to see how all of this impacts the other candidates. Ted Cruz, who's still comfortably in second place, will look to take advantage of Trump's absence. The two frontrunners have ratcheted up the attacks in recent weeks, and Trumps appears to be winning the battle, particularly in Iowa. Tonight is a chance for Cruz to lob a few shots at Trump without taking return fire. Still, though, Cruz will be the only legitimate frontrunner on the stage tonight - that makes him a prime target for the also-rans. To hold his ground, he'll have to deflect these attacks, which he's shown he can do in previous debates.

Also of interest tonight is the budding contest between the establishment candidates. Marco Rubio, Jeb Bush, Chris Christie, and John Kasich are all competing for the same constituencies - and the same donors. These are the beloved moderates whose only path to the nomination is via the establishment lane. As such, they have to sell themselves as viable alternatives to the “outsider” candidates without alienating the base of their party. They all need a strong performance in New Hampshire, and tonight is one of the last opportunities they'll have to change the narrative before those votes are cast. None of them have a chance to win in Iowa (that's down to Trump and Cruz), and so expect them to tailor their talking points to more independent-minded voters in New Hampshire.

Thanks to Jeb's collapse, Rubio - the inexperienced but enthusiastic neocon - has emerged as the favorite son of the establishment camp. As in previous debates, Rubio's goal tonight is to continue sounding serious without actually saying anything true or interesting. The Florida Senator has become a master of the monologue, distilling his dilettantish platform into pleasant-sounding mini-speeches. This has served him very well in the debates, and I expect no different tonight.

Rubio will be pressed by all of the candidates, especially Bush, Christie and Kasich, all of whom need to distinguish themselves from Trump. How they do so will go a long way in determining the tenor of tonight's debate. Cruz's only natural competitor is Trump, and so he'll spend most of the night dog-whistling to the base. But everyone else will have to compete both with Trump and each other, and with the Iowa caucus days away, the pressure to stand out will be intense.

With Trump missing, this might be the most interesting part of tonight's debate.