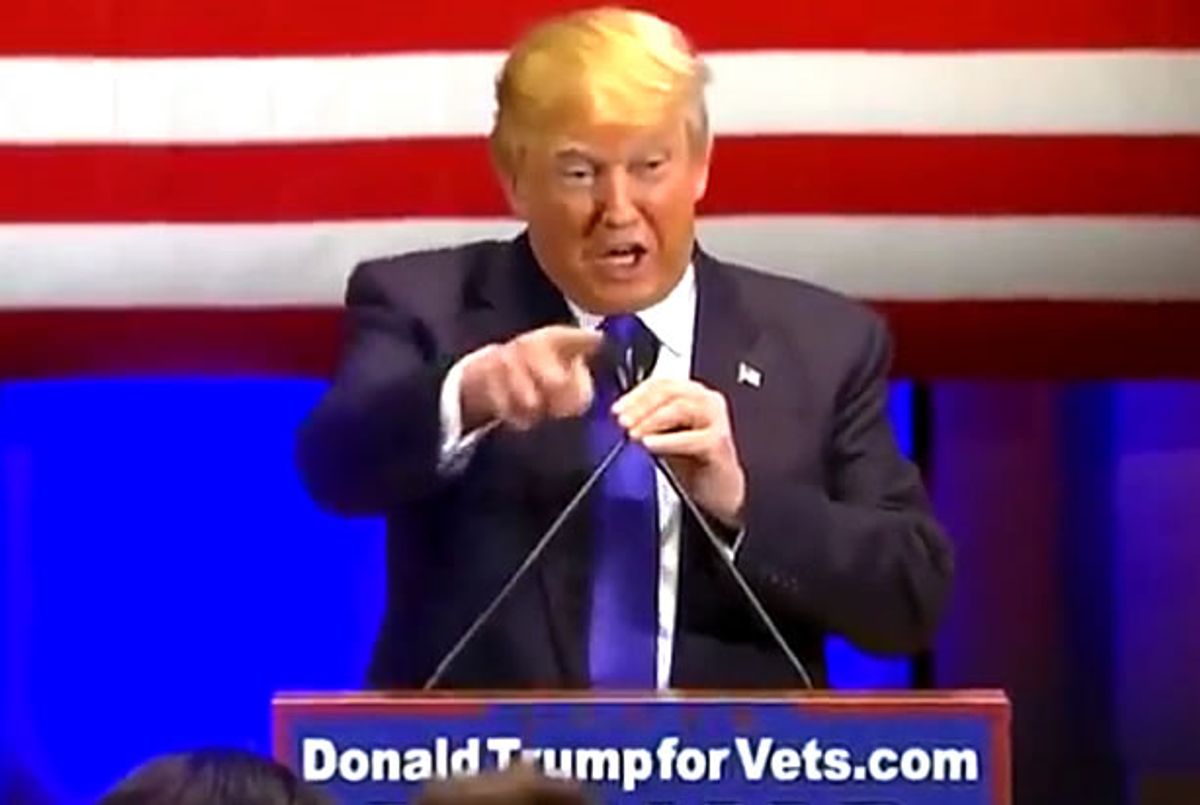 Even as it becomes common knowledge that Donald Trump's official site for veterans -- the one being advertised tonight at his debate-rival event -- donates very little of the money it takes in to actual veteran causes, the GOP front-runner strode onto stage undeterred and declared his unwavering support for men and women in uniform.

The umbrella foundation to which donations from the site will go to -- the Donald J. Trump Foundation -- has only donated $35,000 to veterans organizations since 2010, compared to over $100,000 to Citizens United and another $100,000 to the Billy Graham Evangelical Association.

Trump began by saying "while it was an honor, I didn't really want to be here, to be honest. I wanted to be about 5 minutes away, and I've enjoyed that, and all the online polls have said I did the right thing."

"Fox has been extremely nice," he joked, "the last couple of hours, and they wanted me there, and they were like 'How about now?' We knew where all the cameras would be, but we wanted to give [the Fox News/Google debate] its 15 minutes, but look at this -- it's like the Academy Awards."

"We have more cameras than they do, and by quite a bit."

Watch the official livestream of the Trump "Special Event for Veterans" below via Right Side Broadcasting.