Repealing Obamacare would leave lots of people uninsured, and Cruz would help them with free-market pixie dust 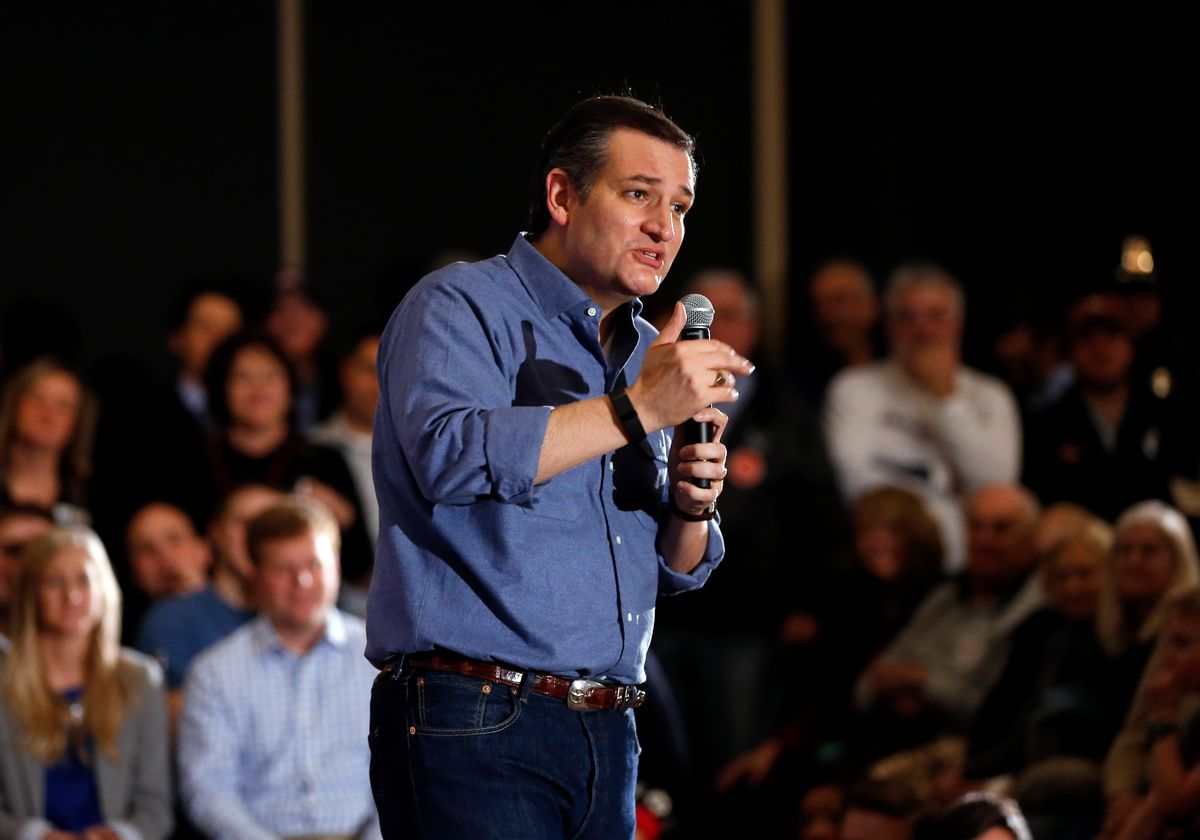 The general consensus is that Ted Cruz had a poorly timed weak showing at Thursday night’s Fox News debate. Brian Beutler had the best summation of what went wrong for Cruz: he spent the entire night being targeted by the moderators and his opponents, and he mixed together a potent cocktail of personal repellence, bad jokes, and unconvincing attempts to simultaneously emulate and disparage Donald Trump. He got roughed up a bit on immigration (though he certainly wasn’t the only one), and presented with the opportunity to seize the initiative in Trump’s absence, he whiffed.

But there was one portion of Cruz’s performance Thursday night that was especially bad: His answer on healthcare reform. He was asked by moderator Bret Baier what he would do with the millions of people who would lose their coverage if Ted Cruz got his wish and the Affordable Care Act were repealed. This is a critical question that gets right to the heart of the Obamacare repeal “debate” – Republicans like Cruz want to eliminate the law, but they don’t really explain how they’ll help all the people who would be hurt by repeal. And so Baier asked him flat out: “What is your specific plan for covering the uninsured?”

Cruz’s answer was lies and nonsense from start to finish. He began with a rote recitation of anti-Obamcare talking points, calling it “the biggest job-killer in this country,” which is thoroughly and completely wrong. He said “millions of Americans have lost their jobs, have been forced into part-time work,” which is false. And he said that millions lost coverage and saw their premiums “skyrocket” – two claims that are, at best, wildly misleading. Having run through all of that, he promised to repeal “every word” of the Affordable Care Act. The practical effect of eliminating the law would be to throw millions of people off their newfound health coverage as they lose their federal subsidies and money for expanded Medicaid suddenly evaporates.

As for what he would put in Obamacare’s place, Cruz offered three proposals that, if you’ve paid just cursory attention to the Republican healthcare policy debate, you’ve almost certainly heard before: selling insurance across state lines, health savings accounts, and decoupling health insurance from employment. “I think that's a much more attractive vision for healthcare than the Washington-driven, top-down Obamacare that is causing so many millions of people to hurt,” Cruz said.

That may be ideologically appealing, but it didn’t answer Baier’s question, which was how he would cover the people who would lose their coverage after Obamacare gets nuked. Selling insurance across state lines would push insurers into the most lightly regulated states so that they can sell cheap, bare-bones policies that cover next to nothing. That might make for a low-cost insurance plan, but it doesn’t do you much good if you’re old, sick, poor, or in need of serious medical care – you now, the people healthcare reform is supposed to help. Ditto for health savings accounts, which are a fine idea if you have extra income to sink into one, but for people with limited incomes and high medical bills, they won’t be much of an advantage.

This gets to the heart of the GOP’s health care policy dilemma. The Affordable Care Act expands coverage because it balances mandates, subsidies and regulations to make sure insurance is available, reasonably comprehensive, and reasonably affordable. The Republican alternative is to strip all that away and replace it with something that will necessarily leave more people uninsured and with less generous coverage. But they won’t come right out and say that because it would, for obvious reasons, be bad politics.

So if you’re someone who is at risk of having your insurance taken away by an Obamacare repeal, what you heard from Ted Cruz Thursday night was not a reassurance that you won’t fall through the cracks. He promised a return to the pre-Obamacare days of coverage denials based on pre-existing conditions and junk insurance policies that don’t do much good, but he papered over that grim truth with a banal suggestion that the free market will somehow fix everything.