The Oscars have a taste problem, too: Here's hoping new academy rules can zap middlebrow “Oscar-bait” dreck for good 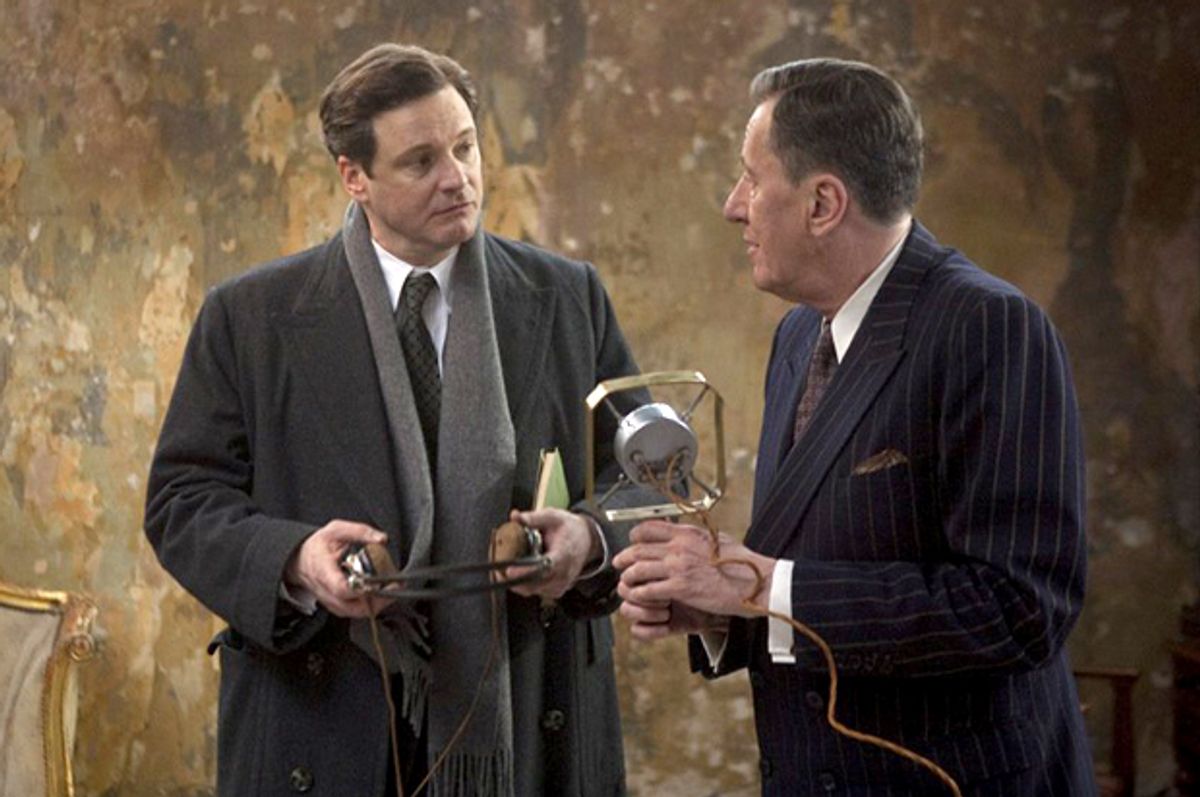 The big news this week after a steady barrage of #OscarsSoWhite controversy is that the academy has finally, to a degree, caved.

People of color in Hollywood finally hit a breaking point after the second year in a row of zero non-white nominees in the acting categories. With big names like Spike Lee, Michael Moore and Will and Jada Pinkett Smith openly boycotting the ceremony, Chris Rock rewriting his monologue to directly address the controversy, and civil rights groups directly pressuring the Academy of Motion Picture Arts and Sciences, the notoriously secretive cabal that makes the Oscars happen, something had to give.

As a result, the academy has announced changes that, though they seem to most of us in the peanut gallery to be modest, have rocked the staid, insular world of academy voting membership like a seismic shock. The academy is revoking its long-standing tradition of giving all its members voting privileges for life, instead only allowing people to vote who’ve been active in the industry within the last 10 years--and, as a result, academy members are declaring the entire older generation of Hollywood veterans has been slapped in the face in the name of political correctness.

Of course, if you look a little closer, quite a lot of academy veterans will be keeping their lifetime voting rights--anyone who’s been nominated for an award themselves has voting rights for life, as does anyone who’s been active in the industry for at least three 10-year periods in the past.

The “emeritus” members who are losing their right to vote, in other words, are people who not only haven’t worked in movies from 2006 to 2016, but who haven’t done at least one project between 2006 and 1996, between 1996 and 1986, and between 1986 and 1976. People, in other words, whose involvement in movies isn’t just limited to days gone by but is limited to a specific subset of days gone by, people who worked during the 1990s or the 1980s but haven’t done anything since.

My response to this, as a moviegoer who’s been rolling my eyes at the Oscars for years? It’s about time.

First of all, the stats for diversity in the academy are truly dismal--the academy is 94 percent white and 77 percent male. If the academy were to make good on its promise to double its non-white and female representation by 2020 we’d still have an overwhelmingly white and male organization. To claim that that much of a demographic tilt wouldn’t introduce bias into the judging is absurd--we’ve already seen vividly demonstrated this week how clueless ostensibly well-meaning white people can be about racial bias.

Julie Delpy thinks, against all evidence available to her eyes and ears in the media response to #OscarsSoWhite, that black people don’t get attacked for talking about racial diversity in Hollywood. Michael Caine felt moved to weigh in about the personal need to have patience when waiting for an award, confusing the issue of individual actors waiting for their individual Oscar nods with the issue of only four black men and one black woman winning best actor/actress in the Oscars’ entire 87-year history.

It isn’t just the lack of sympathy to the cause but the sheer thickheadedness--the inability to grasp what the complaint actually is, that this isn’t a matter of individual actors seeking recognition but a community as a whole feeling shut out by self-appointed cultural tastemakers--that demonstrates that Hollywood has a race problem.

But you know what? Let’s leave racism, sexism and other -isms aside, as we’re always being asked to do, and pretend that America really is a country 100 percent populated by white men. Even if we could somehow pretend diversity weren’t an issue, change in the academy is long, long overdue.

Yes, the point of an awards ceremony is to be more than simple populism--if the Oscars simply reflected popular taste then you might as well not have an awards ceremony and instead simply read off the box office figures for the year. Yes, the whole idea of the Oscars is “elitism,” of a carefully selected group of professionals working in the film industry judging their peers based on their expertise in the craft.

But it’s absurd that the academy’s voting membership has a median age of 62, and that only 14 percent of the members are under the age of 50. It’s absurd that, under the former rules for voting, someone could have been admitted to the academy for work they did 40 years ago and just kept right on voting for all 40 of those years despite having spent all that time retired from showbiz entirely.

In my experience with small-scale, local juried competitions, competition organizers consider it good practice to rotate juries as much as possible from year to year--because even though any jury will bring subjective, idiosyncratic biases to the table, you can at least keep them from being the same subjective, idiosyncratic biases of the same group of people every year. Otherwise, you run the risk of your awards becoming a joke, and being able to predict which film will win every year simply because one of the perennial jurors likes anything with submarines.

I don’t know who the individual academy voters are--nobody does. But I do know that, in aggregate, they have some very specific biases that aren’t shared by the public at large or even by the critical or professional community. We all know it; it’s why we have the term “Oscar bait.”

It’s easy to personify the very-slowly-turning-over 6,000-strong membership of the academy as a single person with specific personal tastes. “The academy” is a sucker for costume dramas, the more epic the better, especially ones about great historical tragedies like the Holocaust. It’s a well known enough trope that Kate Winslet joked about doing a Holocaust movie to grab an Oscar three years before actually doing it.

That’s the go-to explanation for why serviceable movies everyone forgets about afterward repeatedly beat out movies that become cultural touchstones--why “The King’s Speech” beat “Inception,” why “Gladiator” beat “Traffic,” and, for that matter, why “How Green Was My Valley” beat “Citizen Kane.”

And even though the Kids These Days are really into “genre” fiction and don’t really consider it a separate category from “literary” or “highbrow” fiction anymore--cf. the many think pieces churned out about "Star Wars" and superheroes from people like yours truly--the academy doesn’t really buy it. The academy seems to tune out and doze off any time there’s spaceships or magic on the screen. The only science fiction or fantasy film to ever win best picture was “The Lord of the Rings: Return of the King,” and that was after a wave of backlash after the academy snubbed the first two entries in the trilogy. “Genre” movies that get taught in every film school—“Blade Runner,” “The Shining,” “2001: A Space Odyssey”--were all ignored by the Oscars.

And speaking of “The Lord of the Rings: Return of the King” sweeping the awards as apparent “compensation” for the snubs given the past two films, there’s way too many cases where it looks like Oscars are given in one year to make up for Oscars given to the “wrong” people in past years. Scorsese gets best director for “The Departed” mainly because he didn’t get best director for “Goodfellas” or “The Last Temptation of Christ.” Al Pacino gets best actor for “Scent of a Woman” because he didn’t get it for “The Godfather.” Denzel Washington gets best actor for “Training Day” (and becomes the second black man in Oscar history to do so after Sidney Poitier) because they didn’t have the guts to give it to him for “Malcolm X.”

If a fresh jury came in to judge this year’s slate of movies, they’d pretty quickly come to the conclusion that skewing this year’s awards to make up for perceived mistakes in previous years’ awards is just compounding error upon error. But when it’s literally the same group of people handing out the awards every year, it’s easy to forget to treat each year as a separate exercise in critical judgment, and instead treat handing out Oscars like a monarch handing out honors to favored vassals.

And of course they’re going to favor movies that make bold-yet-safe sweeping moral judgments of horrible things that happened in the past that flatter their own moral status. Of course, when this small group of people who just so happen to be white guys deign to give an award to a “black” movie, it’s going to be a movie that’s About Race in a way that highlights black suffering because that’s the only facet of a non-white experience they’re comfortable thinking about.

None of these criticisms are new. You will hear all of them and more repeated constantly throughout every Oscar season. All you need to do is Google “Oscar declining relevance” and see articles about this going back for decades.

As I’ve argued before, the dichotomy between making judgments based on diversity and judgments based on “quality” is a false one. The Oscars, as a measuring stick for artistic quality, are deeply flawed. They are flawed in the same way and for the same reasons when it comes to race as they are in matters unrelated to race.

If we really did live in a country of all white men, the Oscars would still be biased toward conventionalism, toward cronyism, toward an arbitrary formula for “respectability” that artists cynically take into account when making decisions. It would still be ridiculous that the gold standard for artistic quality for an industry millions strong is decided by a tiny group of 6,000 people, many of whom don’t do anything in showbiz anymore except vote for the Oscars.

Race and gender are just the axes along which this insularity and failure of imagination become most glaringly obvious. An academy that’s willfully ignorant of the basic demographic reality of the society we live in can’t be expected to be open to subtler diversity of themes and execution within filmmaking. An academy that doesn’t “get” why a whole demographic is pissed off at how they’re utterly shut out from cultural representation can’t be expected to “get” subtler issues of subcultures and sub-communities within those broad demographics.

I don’t criticize movies that default to white male leads just because I think that’s in and of itself a failing; I do so because it’s almost always a sign of failure of empathy and imagination in other respects, because someone who can’t be bothered to put themselves in other people’s shoes in that most obvious way will inevitably fail to do so in other ways.

The same is true of awards systems that judge movies. We need turnover and reform within the academy for diversity’s sake and for the sake of the awards’ cultural relevance in general. It needs to be both; indeed, it can’t help but be both, because those are, in the end, the same goal.