Don't blacklist me: Banning the boycott of U.S. allies would keep us from using a powerful tool to fight for justice for Palestinians 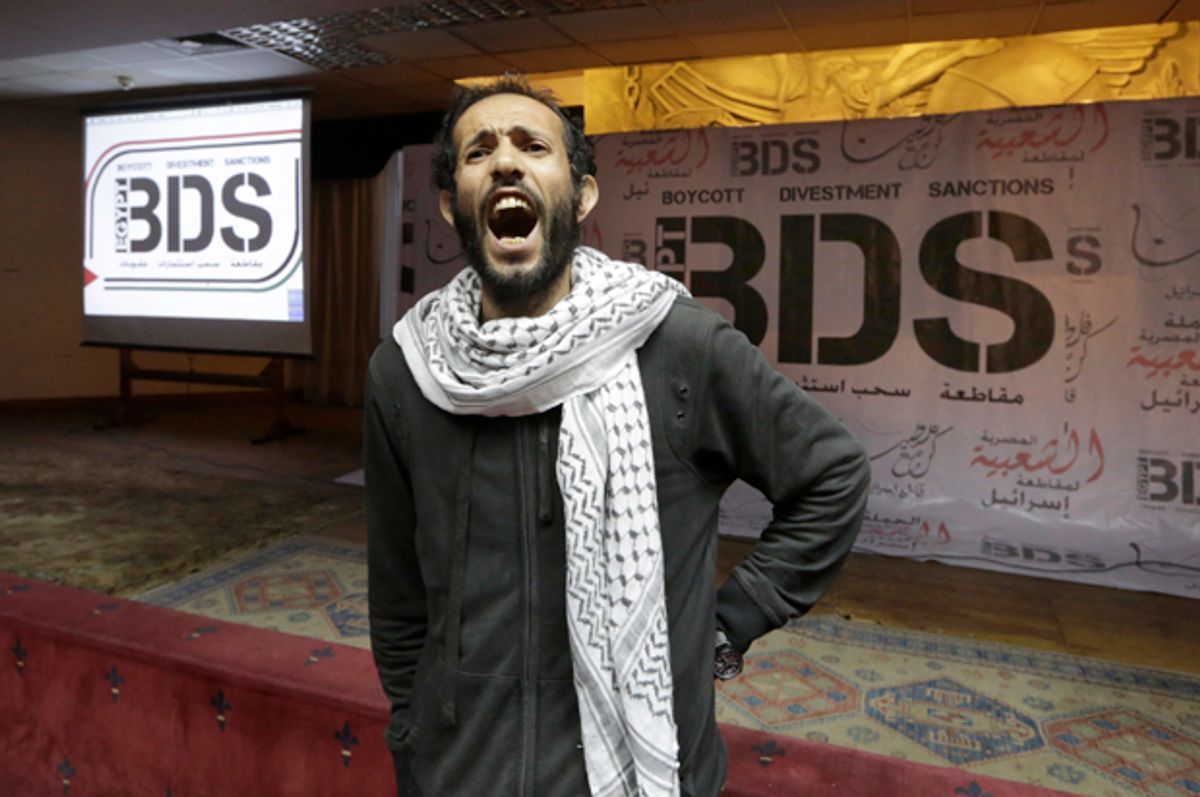 The State of New York may blacklist me for working for justice for Palestinians.

I am the executive director of Jewish Voice for Peace, an organization inspired by Jewish tradition to work for the full freedom and equality of all the people in Israel/Palestine.  A part of our work includes campaigns boycotting specific companies to create pressure to cease contributing to Israel’s oppression of Palestinians.

On Jan. 20, the New York state Senate passed a bill that would make boycotting countries allied with the United States illegal. The bill requires the state to create a blacklist of "persons" (individuals and companies) that boycott or encourage others to boycott U.S. allies. While the bill references other countries as well, its supporters have made clear their main motivation is to protect Israel from censure. This bill comes in the wake of similar legislative efforts in Congress and in state legislatures around the country, including Illinois, Florida, California and Pennsylvania.

Such legislation is intended to have a chilling effect on people who support the global Boycott, Divestment, and Sanctions (BDS) campaign for Palestinian freedom.

The call to allies around the world for BDS comes directly from Palestinians seeking redress from the occupation and inequality that Palestinians have lived with for too long.

The right to boycott is a protected form of political speech. As American citizens we have a fundamental right – indeed an obligation – to speak out against Israel’s nearly 50-year-old occupation, the theft of Palestinian land for settlements (which violate official U.S. policy), the destruction of Palestinian homes, the cruel and illegal siege and blockade of Gaza, and other Israeli abuses of Palestinian rights. And as Jewish Americans we have the additional imperative of asserting that Israeli policies, Prime Minister Benjamin Netanyahu's claims to the contrary, are not in our name.

Legislative proscriptions like the proposed New York bill cannot obscure the reality of injustice and oppression that BDS is intended to address. Human rights organizations have thoroughly documented the separate and unequal legal systems in the occupied West Bank. Israel’s discriminatory policies are, in fact, a form of apartheid, something that has been acknowledged by no fewer than four former Israeli prime ministers. Even the U.S. Ambassador to Israel, Ron Shapiro, recently criticized what he called “two standards of adherence to rule of law in the West Bank – one for Israelis and one for Palestinians." Meanwhile, in Israel, there are dozens of laws that discriminate against Palestinian citizens, who comprise about 20 percent of Israel’s population, and Palestinian refugees continue to be prevented from exercising their right to return to homes from which they were expelled during Israel’s establishment in 1948 simply because they are not Jewish.

Last week, in response to consumer e-allegations, U.S. Customs issued a directive reminding importers that under existing U.S. law goods that originate from the West Bank should be labeled as such, in contradistinction to the recent efforts to legislate protection for Israeli settlements. Labeling goods is not equivalent to boycott, nor does it prevent settlement products from benefiting from preferential trade agreements, but it is a positive step toward making it clear that profiting from occupied land should not be treated as business as usual. ​

Boycott is a tactic that leverages the power of consumers to draw attention to an issue and shift public opinion in favor of policy change. Boycott has long been a tool of social movements: used by abolitionists to protest slavery, by civil rights activists to demand an end to segregation during the 1960s, by labor organizers to demand collective rights for farmworkers, and by global civil society to call for an end to apartheid in South Africa. It is an especially important tactic when, as in the case of Israel, people are acting when our government will not.

New York State has no business shielding Israel from boycotts protesting human rights abuses and settlements. But if the legislation moving forward in New York State actually passes, advocating for companies to heed Human Rights Watch’s advice would be illegal. Social justice organizations like mine would be blacklisted.

The tactic of boycott has a long history of being an effective tool to pressure the powerful. That is a legacy I’m proud to be a part of, one that promotes organizing collectively to achieve dignity, freedom and equality for Palestinians.

New York lawmakers’ job is to protect our rights, not take them away.

Rebecca Vilkomerson is executive director of Jewish Voice for Peace.