3 million reasons why Hillary should be nervous: Grassroots Sanders supporters send message with deluge of donations after Iowa

After Iowa, Bernie Sanders has biggest fundraising day of the campaign. Here's why that matters 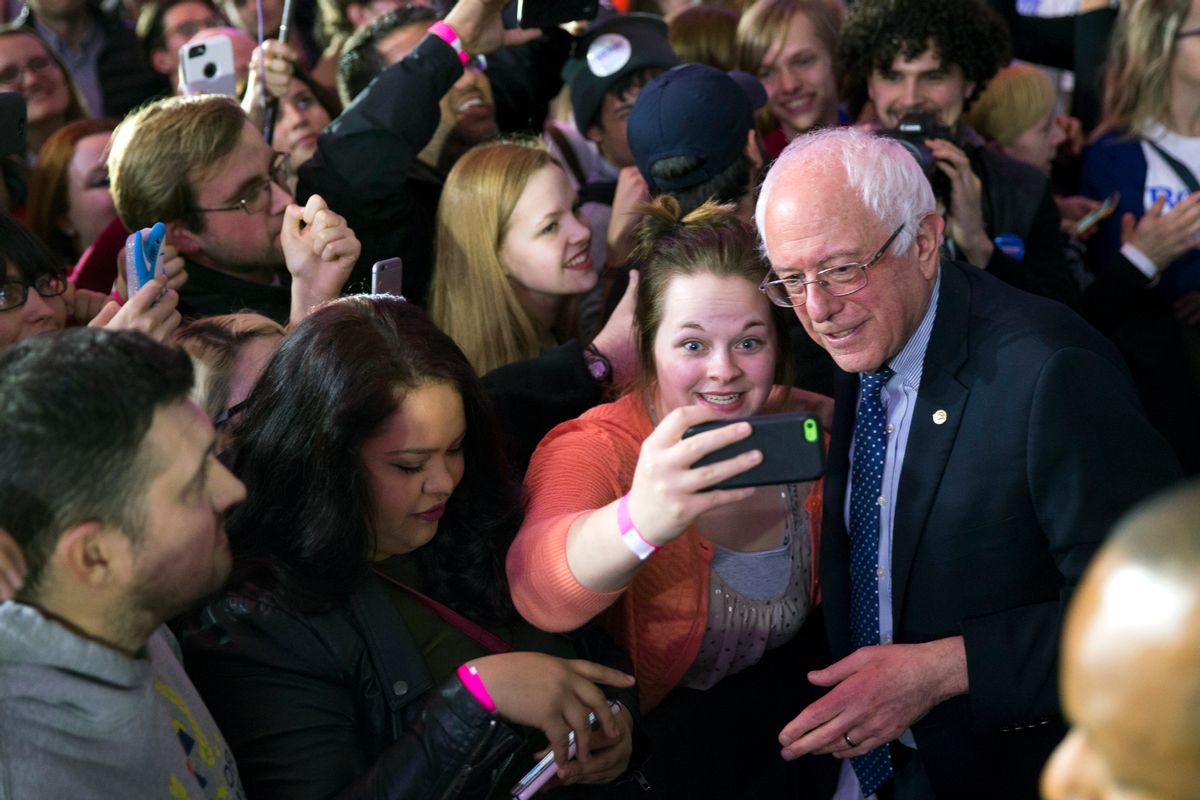 After his virtual tie with Hillary Clinton in Iowa on Monday, Bernie Sanders had his biggest fundraising day ever, receiving $3 million from individual contributors. Sanders communications director Michael Briggs told The Washington Post that roughly 40 percent of the donations were from people who had not contributed to the campaign previously. Tuesday's haul is a welcomed addition to the $20 million Sanders raised in January.

This news makes it all the more difficult to predict where this race is going. The underlying math still favors Clinton, and the primary calendar will only get better for her beyond New Hampshire. But the scope of Sanders grassroots movement is unprecedented, and it’s hard to know how significant that will be moving forward.

Sanders has matched Clinton in fundraising during the last two quarters, and given where he started and how he’s raised money, that’s astonishing. Sanders’s movement rivals Clinton’s machine in almost every respect, and I’m not sure anyone believed that was possible a year or even six months ago.

If you’re a Clinton supporter, today’s fundraising news isn’t necessarily alarming. New Hampshire is a lost cause, as it always was, but after that the advantage goes to Clinton. And with the support of most of the Democratic establishment, there are good reasons to think Clinton can survive Sanders post-Iowa surge.

The elephant in the room is Sanders minority-voter problem. Clinton still polls much better among black and Latino voters, and so long as that holds, all the money in the world won’t clear a path to the nomination for Sanders. Iowa is among the whitest and most liberal electorates in the Democratic primary, and that wasn’t enough for Sanders to pull off the upset.

If you’re a Sanders supporter, however, there is hope. Yesterday’s wave of donations affirms that Iowa only added momentum to the campaign. Sanders problem with minority voters has less to do with his message and more to do with his relative obscurity. Hillary Clinton is a brand; people know her. Name recognition matters a great deal in politics, and Sanders isn’t well-known among minority voters.

Sanders' competitiveness in Iowa demonstrates — once again — that he’s a viable candidate. As momentum builds and the money pours in, Sanders' campaign becomes more visible, more active, particularly in minority communities where he remains an unknown commodity. He now has the resources to expand his ground operations there and elsewhere. The money also matters because Sanders has to bring new voters into the process. That requires people on the ground – knocking on doors, shaking hands, engaging local leaders. And a massive, well-funded organizational network makes it possible to do this.

If Sanders fundraising pace continues, and if he can carry his momentum beyond New Hampshire, the dynamics of the race could shift quickly. Barack Obama showed what was possible with an energized grassroots campaign. In many respects, what Sanders is doing now is more impressive than what Obama accomplished in 2008 and 2012. Indeed, Sanders has already shattered the record for individual campaign donations, previously held by Obama.

Unlike Obama, moreover, Sanders has virtually no establishment support, relying instead on small donations from individual contributors. If the response to Iowa illustrates anything, it's that people are increasingly convinced that Sanders is for real. That may not be enough to win the nomination, but it will keep things awfully interesting.