Stephen Colbert delivers a swift kick to Rand Paul, Mike Huckabee and the other newly departed 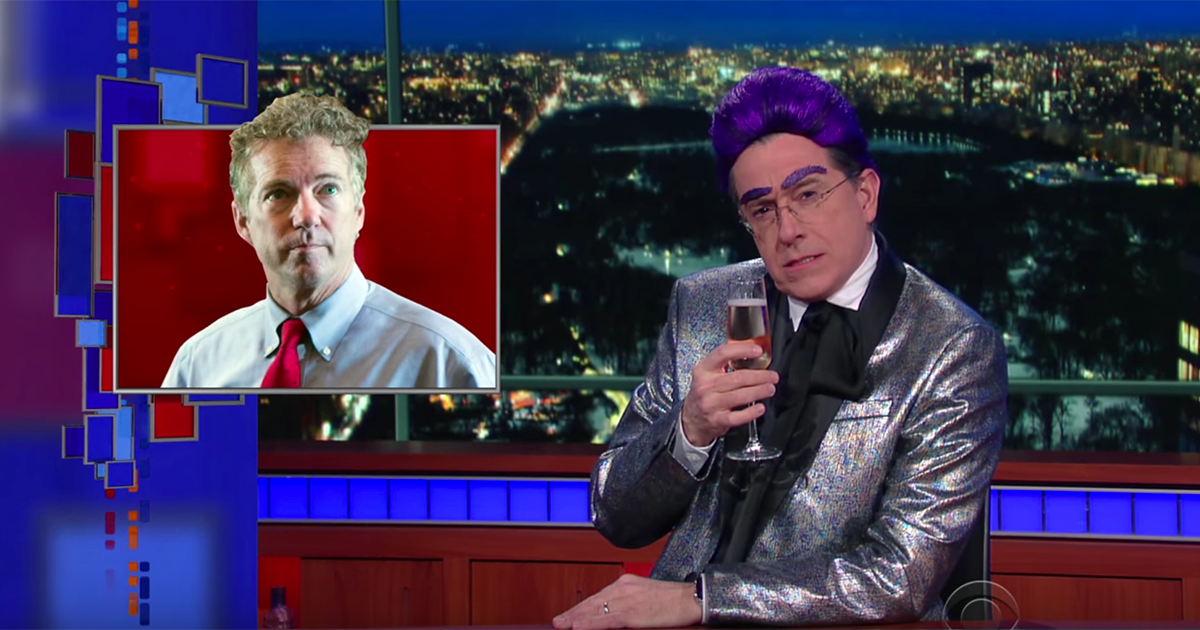 Oh, how the mighty have fallen. The Iowa caucus should have been a wake-up call to many in the GOP, but her murderous ways were bipartisan. Dressed in his Caesar Flickerman garb, Stephen Colbert took some time out of Wednesday's "Late Show" to honor those that got caught up in the bloodbath. "There use to be so so many of them, now there are too too many of them," Colbert said. Sadly, however, the show filmed too early in the day to capture the sad loss of Rick Santorum.

First there was Rand Paul. Bless him, the man stood firm on his hopes of a shrinking the government. "Senator Paul should take some comfort in living up to his father's legacy of also not being president." Now, Colbert said about the bright side, Paul can focus on escaping whatever is nesting on his head. Paul famously took the tax code, threw it in a woodchipper and tried to cut it with a chainsaw. So it was fitting Colbert put Paul's photo in a toaster. Farewell.

"Also tossed on the funeral pyre of politics this week was Martin O'Malley — or as you may know him, 'Do I know him?'" Colbert joked about the candidate who hardly got any time at debates and who served as occasional eye-candy to the presidential race. "It seemed the high-fructose voters in Iowa couldn't relate to a man in his 50s with abs like that."

But that's not all, there was also Mike Huckabee. He announced he was suspending his campaign not because of votes but because of illness. "Apparently, the voters are sick of me," the Huckster said. Colbert remembered the bold strategy of showing up to defend law-breaking, homophobic county clerk Kim Davis. Huckabee was willing to go to jail for her, but really that was because he just needed a place to sleep.

Finally, Colbert remembered Jim Gilmore, which was probably the first time anyone remembered he was running this year at all. "When the votes were counted in Iowa, Gilmore won 12," Colbert said. Ouch.