Clinton's claims to be outside of the "establishment" are laughable, but such quick pivots to sexism make her point 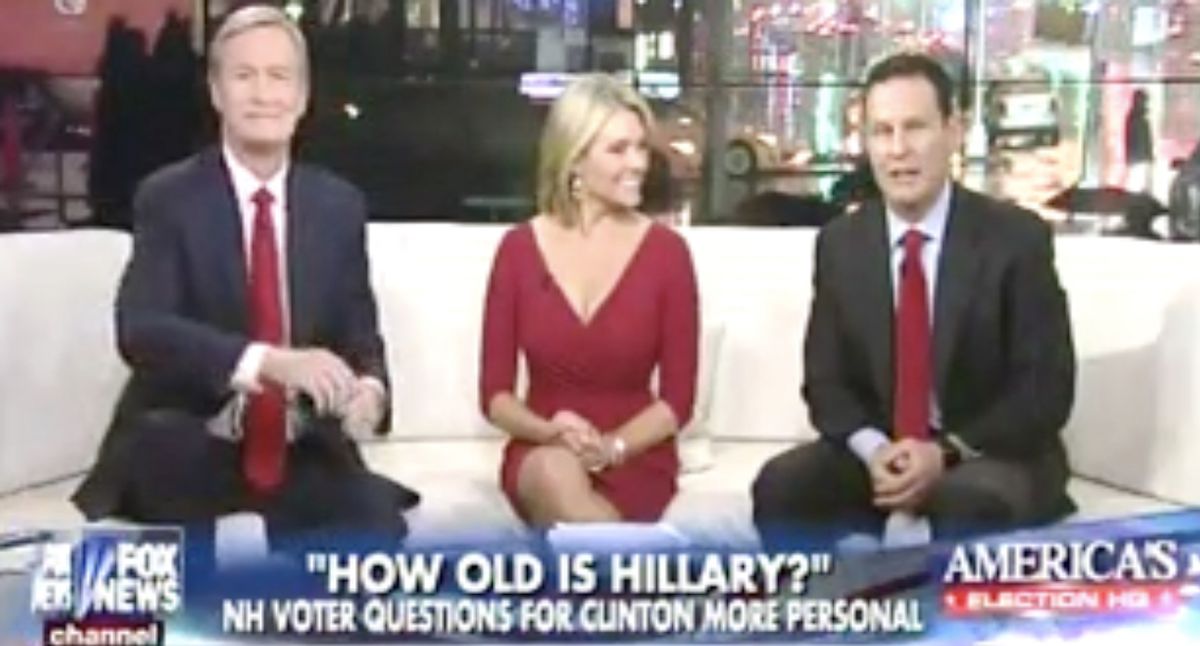 "Secretary Clinton does represent the establishment," Bernie Sanders directly answered a question from MSNBC debate moderator Rachel Maddow on Thursday night, taking on Hillary Clinton's dare to the Vermont senator that “if you’ve got something to say, say it directly."

While Clinton's retort, a laughable denial contending that "Sen. Sanders is the only person who I think would characterize me, a woman running to be the first woman president, as exemplifying the establishment," was patently absurd, the response it evoked on Fox News goes a long way to demonstrate Clinton's weak premise -- that her gender leaves her susceptible to uniquely targeted, sexist attacks.

On Friday morning, "Fox & Friends" seemed to delight in the fact that apparently the top Google news search during the Democratic debate was "How old is Hillary Clinton?"

Later, noting that Bernie Sanders is ahead of Clinton among young Democratic women, co-host Heather Nauert questioned if Clinton's "bra-burning" campaign would succeed -- an ugly and unnecessary turn to sexism:

I wonder how her remark about, oh, I'm certainly not an establishment candidate, I'm the first woman running for president. I wonder how that bra-burning is going to play this year. Maybe that was something that people liked four years ago, or previously, but it doesn't seem like that's going over too well.