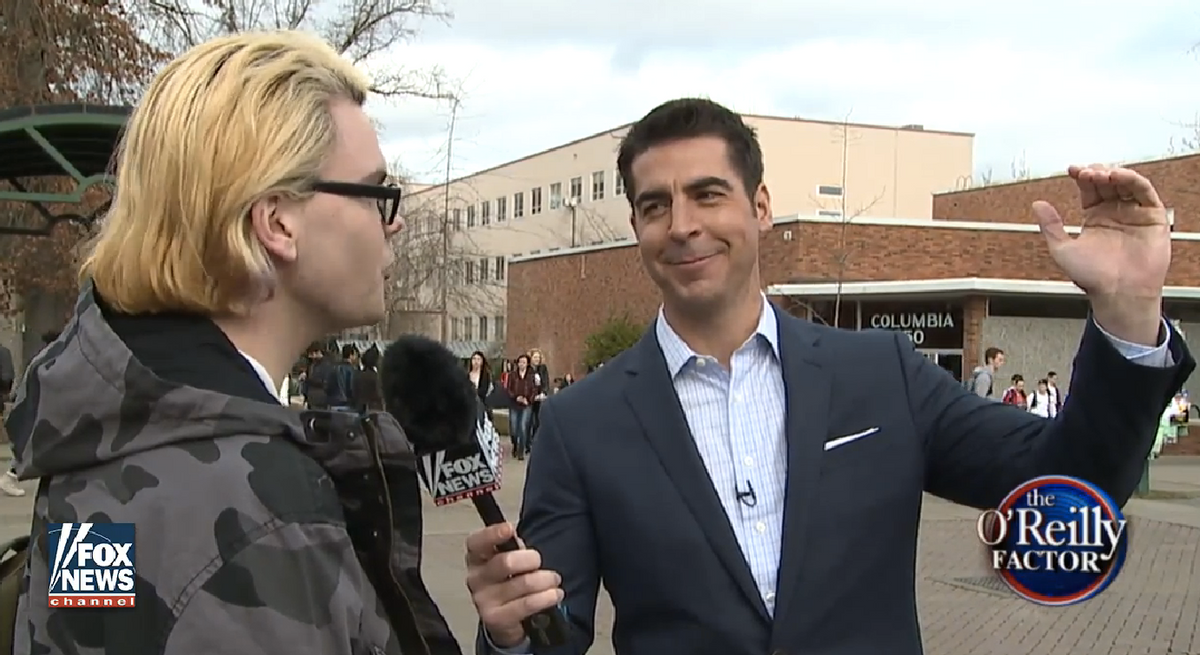 This is his shtick. Shove a camera and microphone in the faces of people he's deemed inarticulate or mockable, ask a series of seemingly innocuous questions and selectively edit the clips into a two minute stream that any curmudgeon "O'Reilly Factor" viewer can feel smug about.

You just knew that Jesse Watters would eventually turn his "Watters World" target onto the unsuspecting young supporters of rising Democratic presidential contender Bernie Sanders and on Thursday's edition he selected students at the University of Oregon to serve as Fox News' latest liberal laughingstocks.

Of course, like all of Watters' Fox News funded endeavors, his questions proved to be more illuminating into right-wing rationale than its initial intent -- mocking young progressives.

"How is Bernie going to accomplish all of these redistributive schemes?" Sanders prodded.

"How is Bernie going to make college free?" he pressed a young student.

"Isn't being filthy rich the American dream?" he asked incredulously after she correctly cited Sanders' plan to increase taxes on Wall Street speculation.

"Are you a revolutionary?" Watters asked another student with a laugh before adding, "don't overthrow me!"

"If you raise my taxes, how am I going to be afford to dress so nicely," Watters wondered, gesturing to his suit (sans tie, of course).

Watch his lame attempt at comedy at the expense of Sanders' most youthful supporters below: