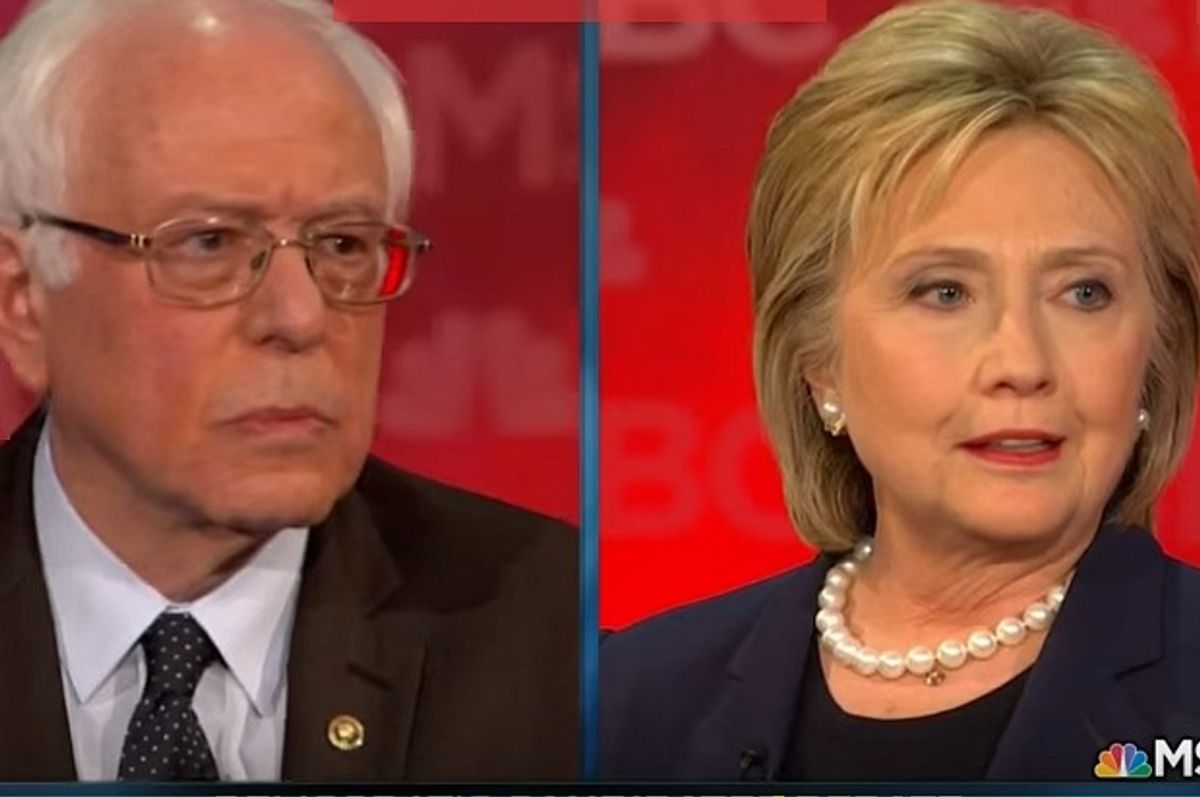 Bernie Sanders has had a pretty darn good February. Yes, it is only the fifth, but Sanders opened the week with the narrowest of defeats to rival Hillary Clinton in the Iowa caucuses Monday and on Friday, the Vermont senator welcomed the arrival of his highest numbers of support in any national poll to date -- completely wiping out Clinton's more than 30 point advantage.

The two remaining Democratic presidential contenders are now virtually tied nationally, according to a new Quinnipiac University poll. In December, Clinton lead Sanders nationwide 61 to 30, but as national media attention has finally honed in on the fired up contest on the Democratic side, Sanders has seen his support jump to 42 percent while Clinton retains 44 percent support.

The poll also found that Sanders would fare better than Clinton in hypothetical general-election match-ups against Republican candidates Marco Rubio and Donald Trump. While Clinton loses to the freshman Florida senator by 7 points, Sanders would tie Rubio. And while Trump is beatable by both Democratic candidates, according to the poll, Sanders would double Clinton's margin of victory over the blustery billionaire.

But there remain plenty of reasons for caution (national and hypothetical general election polling mid-primary season is notoriously unreliable). For instance, Clinton still maintains a 13 point advantage in the Real Clear Politics average of recent national surveys. Still, Sanders' latest encouraging poll numbers come as he holds a 20 point advantage in New Hampshire, set to vote next Tuesday, and out-raised Clinton for the first time in January.