Republicans hate-watch the #DemDebate: "There will be some fun general election campaign ads from this" 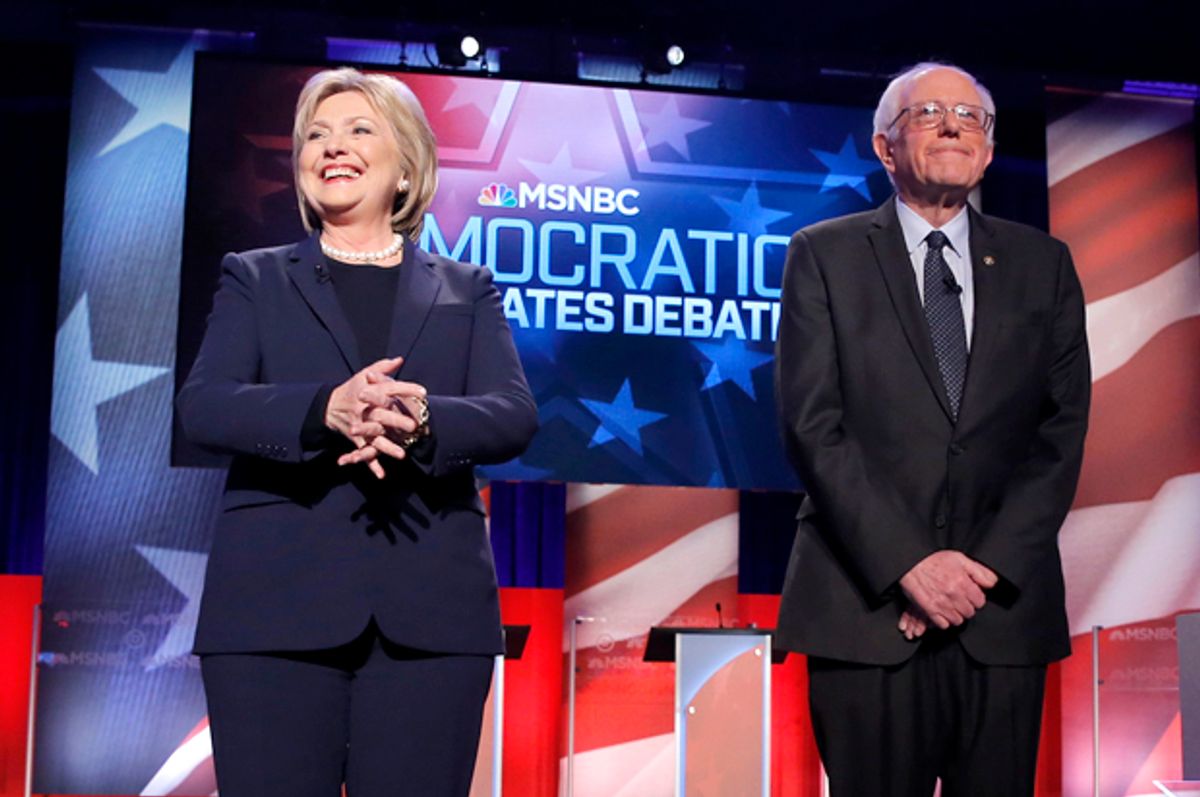 By nearly all accounts, Thursday night's MSNBC debate -- the first two person debate of the entire primary cycle -- started off with a bang and never let up.

Hillary Clinton and Bernie Sanders faced-off over the parameters of progressivism and the impropriety of Wall Street donations, to the simultaneous delight and dismay of Democrats seeking a substantive reprieve from the GOP clown show.

But for the other side, accustomed to food fights with Donald Trump as Triumph, The Insult Dog at center stage and squabbles between the candidates and the moderators overtaking any semblance of substantive debate, watching MSNBC's Democratic debate was an exercise of torture: