What happens when you ask Rick Santorum about Marco Rubio's accomplishments? It's bad 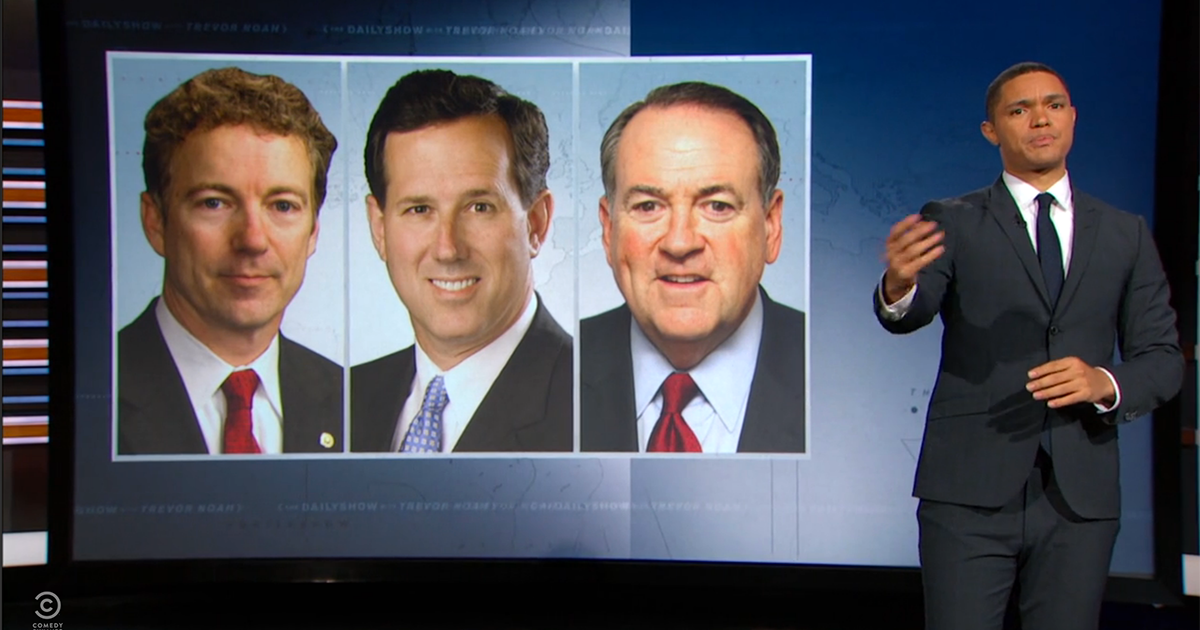 How the mighty have fallen. After the Iowa caucuses, we lost four candidates in the race: Rick "Google Me" Santorum, Mike Huckabee, Rand Paul and.... whatever that one guy's name was. Trevor Noah bid a fond farewell to the fallen on Thursday night's "Daily Show," but highlighted their power now that they're gone.

Though they may not have made it to the final round, these candidates still have great power to influence other campaigns with an "enthusiastic endorsement." That's why Rick Santorum decided to endorse Marco Rubio for president. "Which lead a lot of people to say, 'Oh! OK. Tell us why.' That's when the trouble began," Noah said.

He then ran the embarrassing clip of Santorum on MSNBC's "Morning Joe" being asked by Joe Scarborough to name some of Rubio's accomplishments. It wasn't pretty. In fact, it turned Santorum's endorsement into... well... Santorum.

"That's his endorsement? Rick Santorum is the worst hypeman I've ever seen in my life!"

Check out the full clip below: