The race just got this tense: Hillary and Bernie have no good answers on Wall Street, foreign policy

Clinton cites Kissinger. Bernie has nothing beyond an Iraq vote. And why can't moderators ask about anything else? 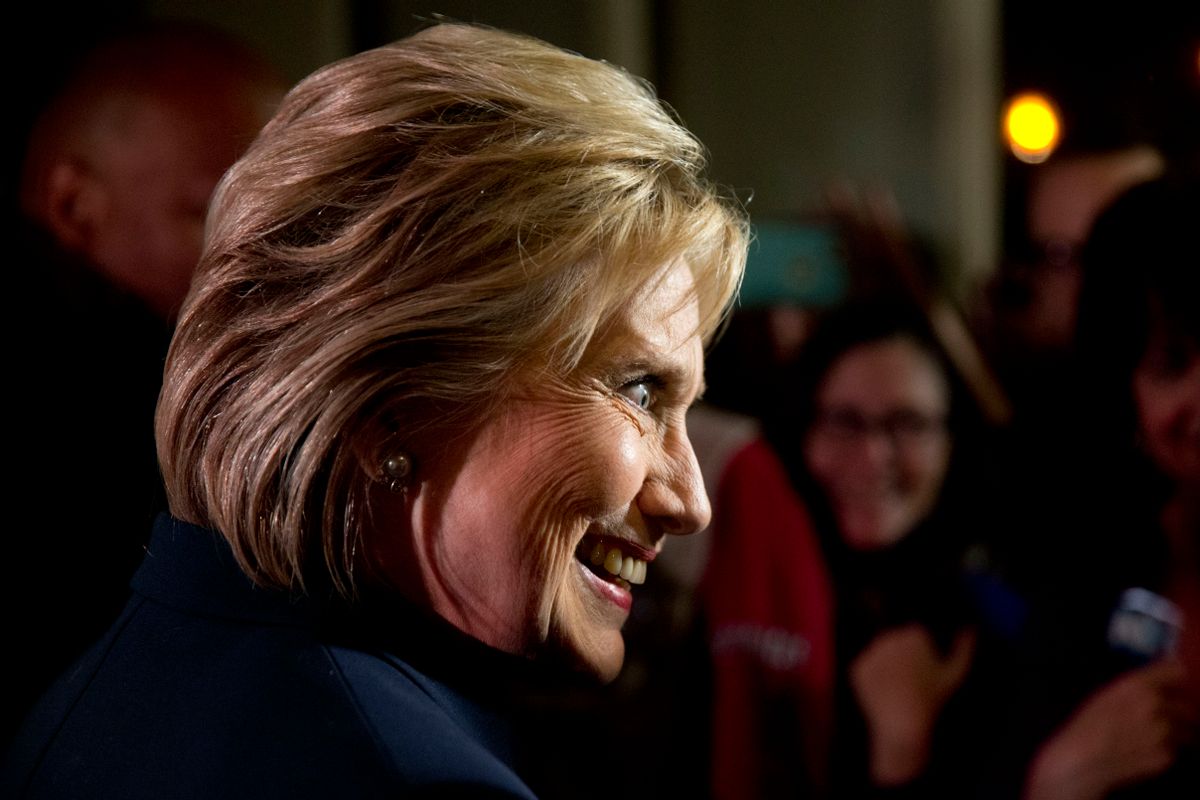 What a difference a close race makes.

Before Bernie Sanders caught up to Hillary Clinton, everyone was complaining that there weren't enough debates happening between the two of them. Now—thanks to the Democratic National Committee's bowing to pressure and adding more debates—it seems like they can't move for facing each other.

Thursday's debate, which was the first without the always-superfluous presence of Martin O'Malley, bristled with the tension that's come from the unexpectedly tight race between Clinton and Sanders. (It was also about 40 minutes longer than advertised, but no matter.) While the bout was interesting enough in and of itself, it was most illuminating for what it says about where the contest appears likely to head next.

At the beginning and the end of the debate, Clinton brought up issues that she wanted to discuss: women's issues, racial issues, LGBT issues. None of them were actually discussed—a strange and stubbornly recurring theme in the Democratic debates, all of which have found time to mention Clinton's emails ad nauseum—but you could see Clinton fairly pleading for the contours of the conversation to be widened beyond the issues of Wall Street and the economy that wound up dominating most of Thursday's session.

These are all important issues, of course, but it's easy to guess why Clinton wants to do this from a political perspective. Talk about Wall Street and you talk about her ties to Wall Street, the donations she's taken from the sector, her outlandish speaking fees from Goldman Sachs. The debate showed that she doesn't have a good answer on any of these things. She called for money to be taken out of politics but insisted that the money she's taken hasn't influenced her—a self-evidently oxymoronic position. She also deflected a question on whether or not she'll release the transcripts of all those paid speeches she gave to Goldman and others, a topic sure to come up again.

Yet Clinton is clearly looking beyond New Hampshire, which she stands a good chance of losing. After that come Nevada and South Carolina. These are states which, for one thing, have actual people of color in them, states where the other half of the Democratic base's concerns—like criminal justice, or immigration—potentially come into much sharper focus. Clinton isn't invulnerable on any of these things, but she evidently senses that she will be standing on friendlier terrain. The less time she has to spend talking about Sanders's key issues—issues where she will never be able to outflank him or to sound like anything but a calculating uber-politician—the better.

Sanders weathered Clinton's attacks competently enough, but he remains curiously opaque on foreign policy. It's bizarre that, after all this time, he still flounders around so much when asked about the wider world. For one thing, you should be prepared for this stuff. But more importantly, foreign policy is much more in the president's control than domestic policy. President Obama has been able to conduct a massive drone campaign, launch multiple wars and negotiate deals with Iran and Cuba with virtually no Congressional input whatsoever. In fact, his foreign policy has been one of the most deeply un-progressive aspects of his entire presidency.

On a night when Clinton and Sanders fought a wearying battle about who was more progressive than the other, it's simply irresponsible for Sanders not to articulate what he thinks a progressive foreign policy means in 2016.

What little he did say amounted to a mention that he voted against the Iraq War followed by some depressingly conventional pablum about ISIS. Taken at face value, his views don't exactly seem like they come from the leader of a so-called "political revolution."

Furthermore, they allow Clinton—a woman so hawkish that she approvingly mentioned her kinship with Henry Kissinger on Thursday night—to entirely set the terms of the foreign policy debate in both the primary and the party as a whole. Hopefully by the next debate—which takes place in just one week—Sanders will have come up with something more substantial.