Bamboozled by the Super Bowl: How the NFL spectacle became a symbol of San Francisco's disastrous inequality

In a city already plagued by sky-high wealth disparities, the biggest spectacle of the year is making things worse 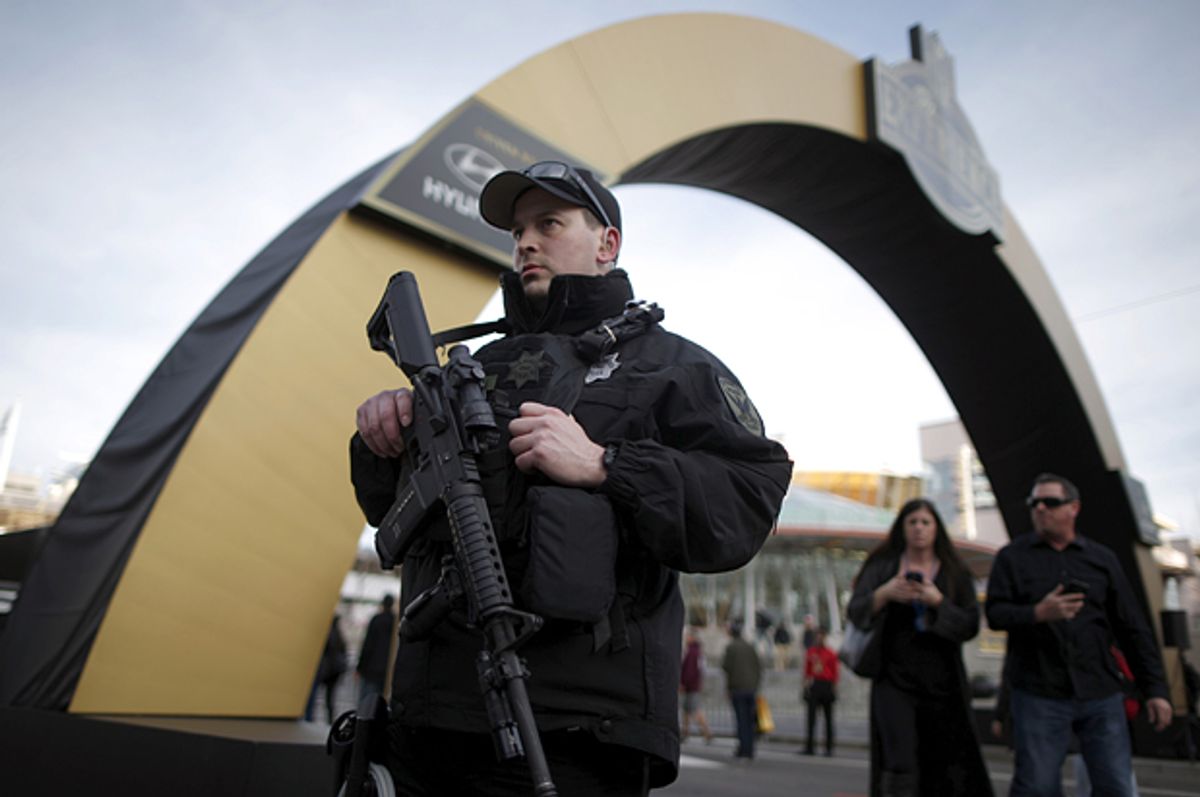 A few weeks ago, while I was home in San Francisco for the holidays, I passed through the Civic Center, where City Hall is located. Sitting there was a giant statue advertising Super Bowl 50. There were similar statues around the city, including in Alamo Square Park, my childhood playground.

(From all of the available evidence, it appears I wasn't alone in my hatred of the statues, or of the Super Bowl's malevolent presence in San Francisco. Legions of people have defaced the statues, causing the city to hastily remove some of them.)

In retrospect, it was probably a stupid idea to put the statues up, or to allow the NFL to do it free of charge -- unlike anybody else who wants to put a giant hulking sculpture up on public land -- or, really, to have San Francisco roll out the red carpet at all. The Super Bowl has landed in the Bay Area at a particularly inopportune time.

San Francisco is going through a series of political convulsions not seen for many years. For starters, the Justice Department is reviewing the activities of the San Francisco Police Department after the killing of Mario Woods, a 26-year-old black man whose death not only brought a series of protests to the city but also reminded it of the decades of injustice that its rapidly shrinking black population has suffered. Then, when he's not ducking Black Lives Matter activists, Mayor Ed Lee is weathering a growing corruption scandal that's inching closer and closer to his office. Put simply, nobody feels much like partying.

Beyond that, the tension over San Francisco's wholesale transformation into a luxury playground for the tech industry, and the rich in general, has reached a boiling point. The Super Bowl, and sports in general, is a conspicuous symbol of that transformation. San Francisco is dealing with a housing crisis and skyrocketing inequality, but somehow the city, which is in the red, managed to shell out nearly $5 million it's likely never going to get back to fete the NFL, which certainly could have afforded the bill itself.

As happens in so many other places, sports was also used as one more pretext to socially cleanse San Francisco of its undesirables. Homeless people were pushed off the streets, lest any rich tourists come into contact with such a harsh reminder of the city's inequities. Meanwhile, anybody trying to go to the "Super Bowl City" set up on the San Francisco waterfront has been confronted with police state-level security. And all of this is for a game that, lest we forget, is actually being played somewhere else!

The whole Super Bowl mess will be over after Sunday, but it's just a preview of a potentially much nastier sports battle to come. The NBA's Golden State Warriors, who have decided that they are too good for Oakland now that they're a big deal, are trying to move across the bay and build a huge arena on San Francisco's waterfront, right near a hospital. No doubt their already sky-high ticket prices will climb even more once the move is complete, and a new wave of redevelopment for the 1 percent will follow right along. San Francisco will then get one more luxury amenity it's been pining for.

Unfortunately for the Warriors and their allies in government and business, lots of local residents are not as excited. Lawsuits have already forced the team to delay its planned move by a year. Since massive businesses usually get their way, the Warriors will probably be successful in their quest, but the fight over their move, and what it means for San Francisco's identity, could make the Super Bowl controversy look like child's play.

All that is in the future, though. For now, I'll be pulling for everyone in San Francisco trapped in Super Bowl hell—and keeping my fingers crossed that the experience is never repeated.