Escaping the princess-or-superhero trap: Target strikes another blow against the tyranny of pink and blue

Because why should a "boy's room" or a "girl's room" have to look a certain way? 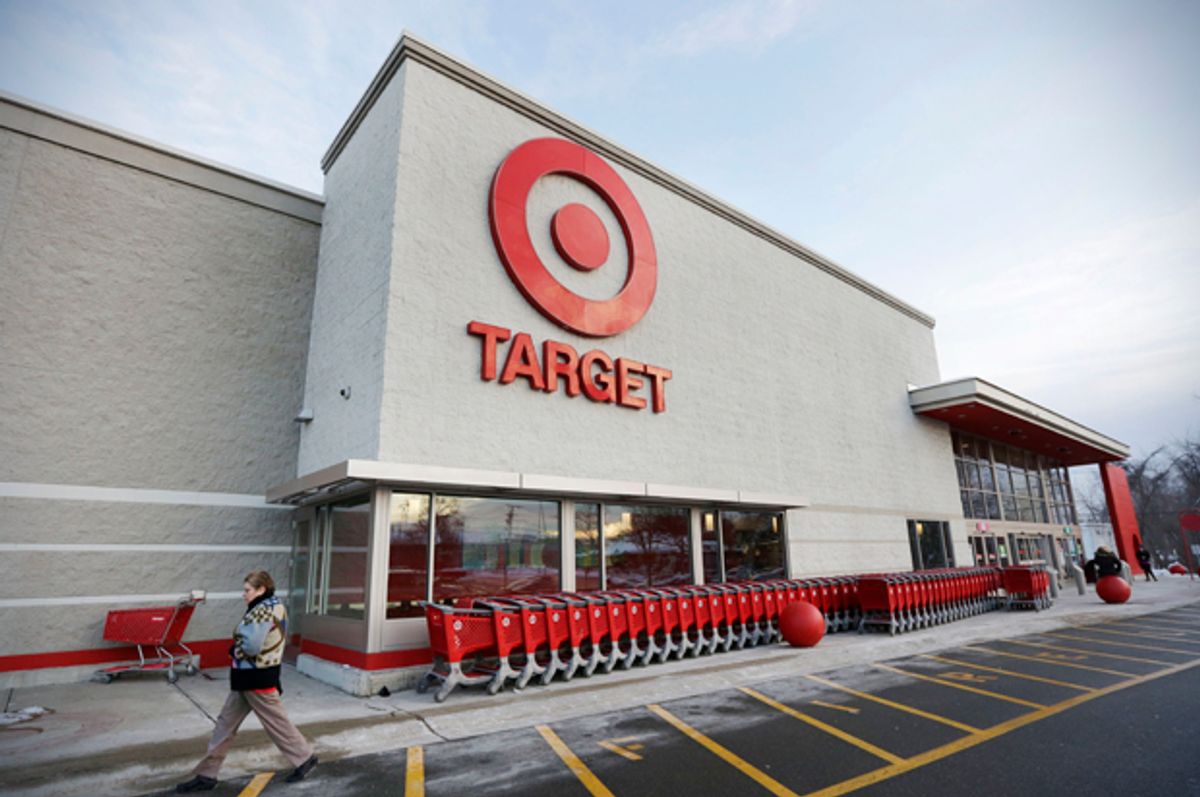 It's pretty cool what can happen when consumers start voting with their voices and their dollars. In the latest victory against the tyranny of confining gender roles, Target has announced this week that it's launching launching Pillowfort, "an entirely new kids’ home collection available only at Target that marries fun-sized colors and patterns" — colors that aren't just pink and blue.

Over the past few years, there's been a quiet revolution going on in the kids' aisle. In 2011, British retail chain Hamley's moved from designating children's merchandise by gender to category — and replaced pink and blue with the more all embracing red and white. Two years later, UK drugstore Boots was called out for stocking its Science Museum brand kits in the "boy's" department — and soon announced it was revamping its signage. In 2014, New Jersey mother Lisa Ryder asked Lands' End "Why are you selling 'mighty' tees for boys and 'adorable' tees for girls?" -- and the retailer responded with a brand new line of science shirts for girls. The response was hugely enthusiastic. And across the world, parents have voiced their desire for brands like Children's Place, JC Penney, and Disney to think outside the gender box and come up with products for children that don't immediately separate them into spoiled princesses and cool superheroes.

Target, clearly seeing which way the wind's been blowing, got the message. The retailer — which has a pretty decent track record when it comes to accepting feedback from its critics — announced last summer that it too was moving away from gender based signs, saying, "We never want guests or their families to feel frustrated or limited by the way things are presented… Right now, our teams are working across the store to identify areas where we can phase out gender-based signage to help strike a better balance. For example, in the kids’ Bedding area, signs will no longer feature suggestions for boys or girls, just kids. In the Toys aisles, we’ll also remove reference to gender, including the use of pink, blue, yellow or green paper on the back walls of our shelves."

Though the Pillowfort announcement doesn't make any mention of gender, it does promise to "cater to any decor dream a kid might conjure, including "Tropical Treehouse, Stellar Station and Ocean Oasis." The items previewed with the announcement include cute, colorful animals and bright patterns -- which rightly belong to all. Target also categorizes baby clothing now by "boy," "girl," and "neutral."

And while all of this is great news for both boys and girls, it's not just progress — it's also a long overdue reset. As a much-shared 1981 Lego ad featuring a proud looking little girl and her creation reminds, there is plenty of precedent for lots of toys just being toys and items like sheets and lamps not having to be boy sheets and lamps and girl sheets and lamps. It's only been over recent decades, and the insidious and insistent rise of princess culture, that gender has been so sharply defined is the shopping aisle.

There's nothing wrong with preferring either tiaras or footballs. The problem is when it's not a preference but a default — and kids are assigned one or the other from birth. And as Target’s senior vice president of design and product development Julie Guggemos told the Star Tribune this week, "It was an aisle of pink, fairy princesses, ponies and flowers. And for the boys it was rockets and dinosaurs. Well, you know what? Girls like rockets and basketball. And boys like ponies. Who are we to say what a child’s individual expression is?"