Hillary Clinton's artful smear: Her Goldman Sachs speaker fees matter, even if she doesn't understand why

Clinton made hundreds of thousands for a few speeches. She thinks the money had no effect, but it's still corrosive 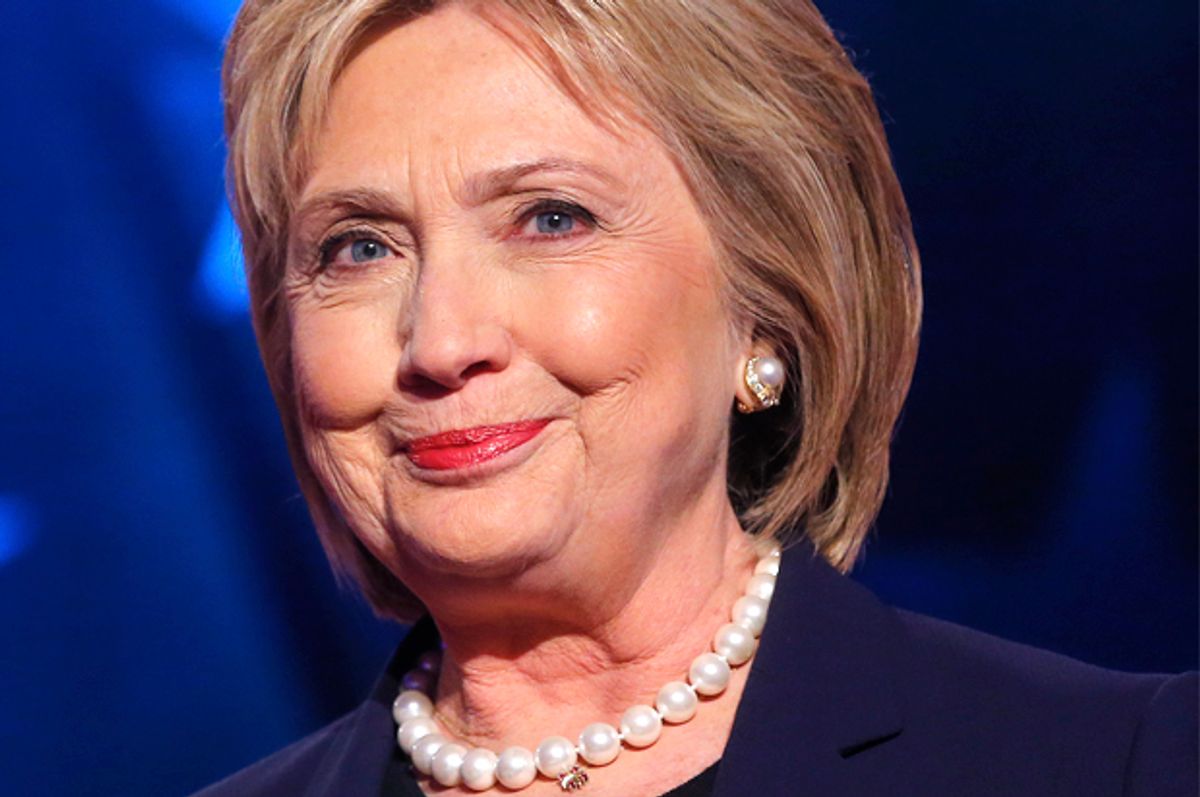 At a Democratic debate in New Hampshire, Hillary Clinton accused Bernie Sanders of an “artful smear” for an insinuation that the secretary has been “bought” because she accepted six-figure speaking fees from big banks and corporate interests.

“You will not find that I ever changed a view or a vote because of any donation I ever received,” Clinton argued.

Accepting her response as fact – and there is no evidence to the contrary – the mammoth speaking fees still matter. It is not only relevant whether our leaders’ voting records are affected by the fees they accept -- but it is also important, in both appearance and with regard to ethical measure, where those speaking fees come from at all.

Let’s take Goldman Sachs as an example.  According to records, Hillary Clinton accepted speaking fees from Goldman Sachs for three engagements between June and October of 2013 totaling $675,000.  Regardless of the content of those presentations (and Clinton should absolutely and without hesitation agree to release those transcripts), those engagements occurred after it was clear that Goldman Sachs had contributed not only to a national economic meltdown but also to the financial devastation of countless investors – individuals, families and organizations – through the investment banking giant’s fraudulent sale of doomed-to-fail investments.

What was $675,000 in pocket change for Goldman Sachs is $675,000 in lost savings and lost homes for bilked investors -  $675,000 that went into the pockets of an already incredibly wealthy Hillary Clinton.

Equally important should be Clinton’s speaking fees from colleges and universities. As an example, it is reported that, over the past several years, Secretary Clinton accepted more than $250,000 to speak at the University of Connecticut and $275,000 to speak at the State University of Buffalo (in a state Clinton previously represented as a U.S. Senator).  What should be at issue, once again, is not whether those speaking fees might affect Clinton’s actions but, instead, where those funds came from.

According to a recent analysis, the average 2015 college graduate started his or her post-college life carrying a burden in student loan debt of $35,000, and it will take the average bachelor’s degree recipient 21 years to pay off college loans. Assuming that Clinton spoke for an hour at SUNY Buffalo, she earned $35,000 in less than eight minutes. In an hour-long speech, her fee could have covered the four-year student debt of more than seven students, many of whom will likely spend countless years simply trying to make ends meet.

And, meanwhile, universities such as UConn and SUNY Buffalo will continue to increase their tuitions year after year, with the argument that they need higher revenues to meet growing costs – costs that include six-figure fees to speakers like Hillary Clinton.

Accepting Clinton’s assertion that millions of dollars in speaking fees have not affected her voting decisions or views as fact, those fees are nevertheless problematic.

What is absolutely fact is that she indeed accepted those fees, and accepting those fees, in and of itself, raises questions of ethics and equity; and that is not an “artful smear.”