Lena Dunham's "TMI" power: Opening up about her own body smashes stigmas around women's health

The "Girls" star talks candidly about endometriosis, a condition that affects around 5 million women in the U.S. 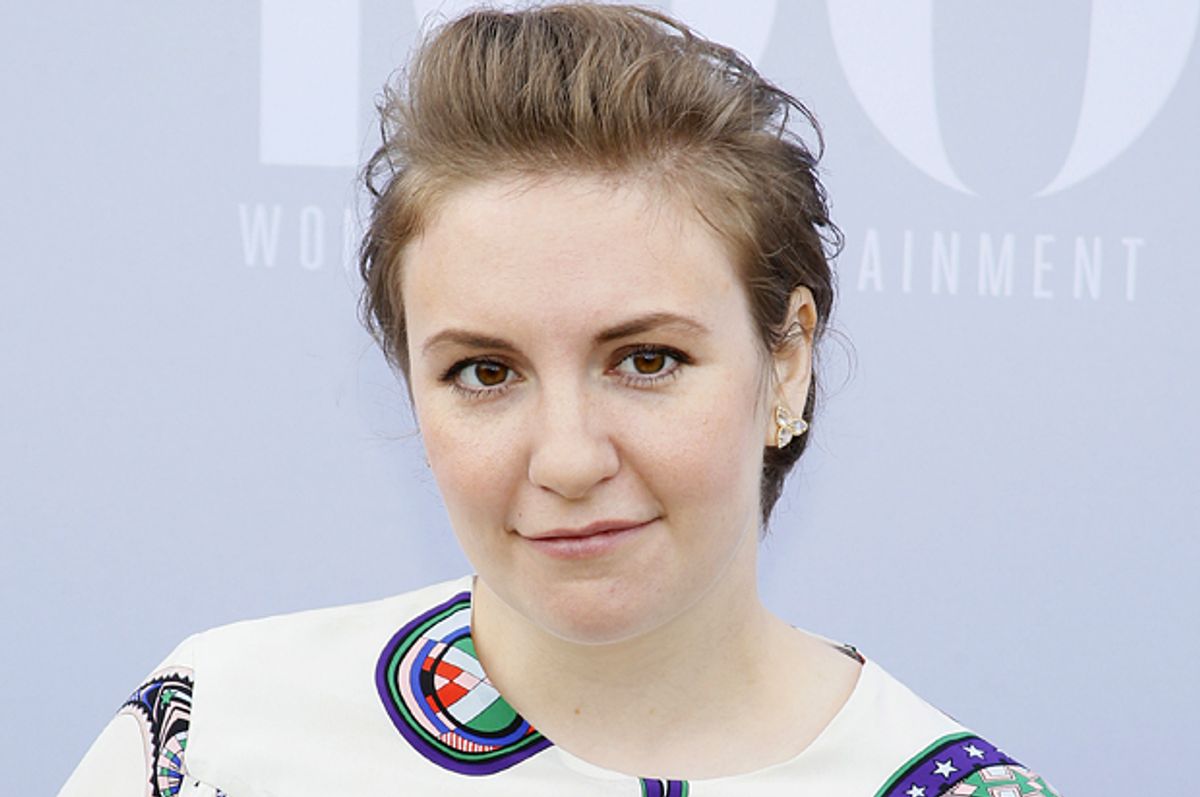 It's often been said, when explaining the efforts of women in the workforce, that Ginger Rogers did everything Fred Astaire did — and backwards and in high heels. But what never gets added is — and fending off cramps. Throughout history, as women have fought for advancement in their education and careers, they've often been doing it suffering through a whole range of pains and inconveniences and distractions that having a female reproductive system bring, and they've done it in silence for fear of reprisals. And that's why Lena Dunham's Monday announcement that she's bowing out of doing press for the new season of "Girls" for health reasons — and her candid explanation of exactly what those health reasons are — matters.

Sharing the news on her Facebook page with an image of her hand clutching bed linens, she wrote, "As many of you know I have endometriosis, a chronic condition that affects approximately 1 in 10 women's reproductive health. I am currently going through a rough patch with the illness and my body (along with my amazing doctors) let me know, in no uncertain terms, that it's time to rest." And she added, "So many women with this disease literally don't have the option of time off and I won't take it for granted. Wishing you all health & happiness, in whatever form suits you." Got that, everybody? Reproductive health is health.

Back in November, Dunham first opened up about her condition, writing, "From the first time I got my period, it didn't feel right…. During the worst of it, my father brought me to the ER, where they prodded my appendix and suggested it might be food poisoning and that we should go home and wait it out…. I missed 62 English classes in tenth grade and was crowned the grade's sickest girl."

Endometriosis is a condition in which tissue normally found within the uterus grows outside of it. While not life threatening, it can affect fertility and bring debilitating pain. In the U.S., it affects upwards of five million women. So there's that. Other things the girl or woman learning or working right beside you might be dealing with today: Menstrual pain. Ovarian cysts. Pelvic Inflammatory Disease. Uterine fibroids. Vulvodynia. Pelvic adhesions. Morning sickness. Mastitis. Postpartum depression. Menopause related depression. Odds are good that if you're female, you're familiar firsthand with a few items on the list, and that you've powered your way through the SATs or a job interview or your wedding day or the soft launch of your restaurant or Senate confirmation hearing or Olympic trials while fending off whatever intense physical and emotional challenges they've brought. And you've grimaced and tried to be brave while some a-hole colleague or Twitter follower has made dumb comments asking if you're on the rag or what. Because in too many circles, still, acknowledging that women have different health issues and health needs has been used as excuse to exclude them from opportunity. And the desire to manage pain has been tempered with the anxiety of being castigated, or being informed that discussing anything unique to women is icky and TMI.

But here are the facts — the parts of our bodies that are built for, among other things, sex and reproduction require a whole lot of management and come with their own unique sets of potential problems, some of which are very serious. And we should be able to say that without being punished for it. We should be able to say it, just like Dunham has. As she wrote back in November, "All along the way, a massive fear of mine was "being discovered," that someone would decide I wasn't strong enough for my work or my life because of what I dealt with physically and emotionally. But I am strong because of what I've dealt with. And I am no longer scared of my body. In fact, I listen to it when it speaks."