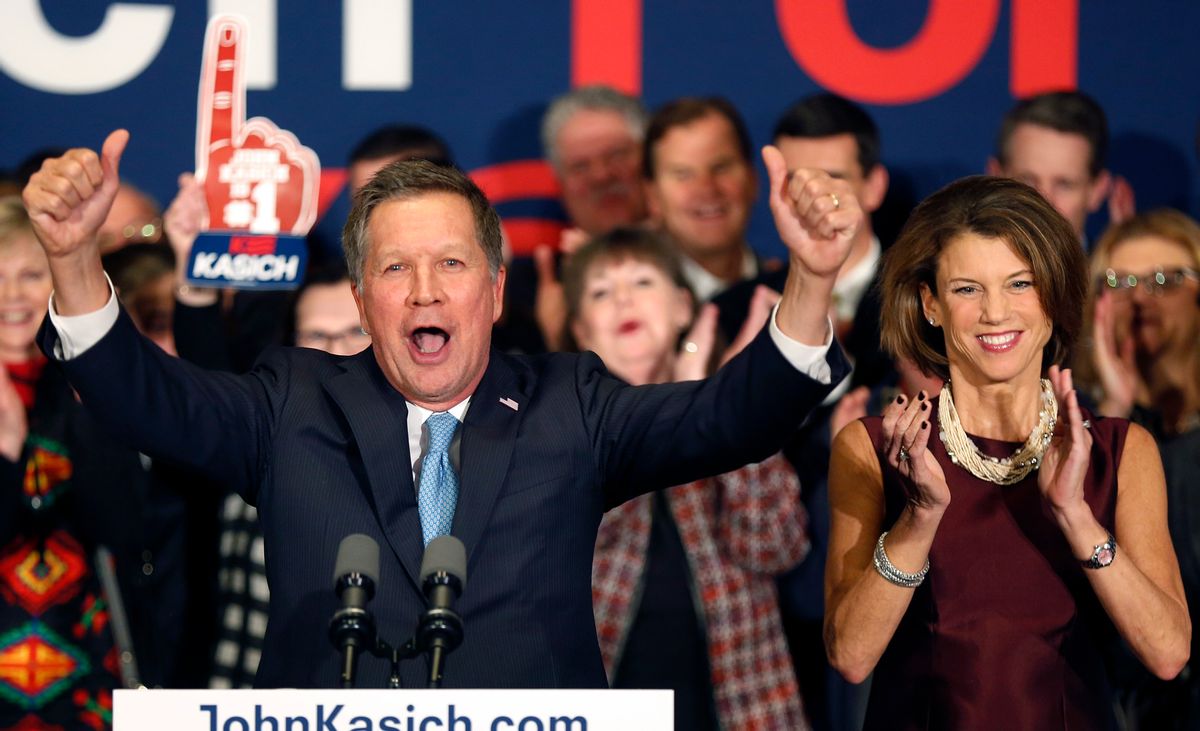 Ohio Governor John Kasich's (R) surprising performance in Tuesday night's New Hampshire primary has put a target on his back, especially in light of the fact that it may have bumped New Jersey Governor Chris Christie out of next weekend's CBS presidential debate.

The criteria for participating in Saturday night's GOP debate is a top three finish in Iowa, a top five finish in New Hampshire, or polling nationally at 3 percent. Christie clearly doesn't qualify on the first two counts, and possibly doesn't qualify on the third after a dismal showing in New Hampshire, which is why he's returning to New Jersey to "reevaluate" his chances.

Meanwhile, former Florida Governor Jeb Bush, whose fourth-place showing in New Hampshire was enough to warrant inclusion in Saturday's debate, derided Kasich's victory on "Morning Joe" Wednesday, saying that it's the result of a "one-state strategy" that will be undermined by his support of Obamacare.

"When [Kasich] had the chance, he expanded Obamacare through Medicaid," Bush said. "Governors across this country had a chance to take a stand against Obamacare and many did. Here in Florida, as a private citizen, I fought for stopping the expansion of Medicaid and we were successful."

Bush's post-New Hampshire, pre-South Carolina strategy seems to be to paint himself as the most conservative of the governors still in the race.

Watch the entire interview with Jeb Bush below via MSNBC.