Michelle Alexander explains exactly why black voters shouldn't surrender their vote to the Clintons: Their legacy was a disaster for black America

Hillary Clinton is trying to mimic Sanders on issues important to minorities, but her record invites skepticism 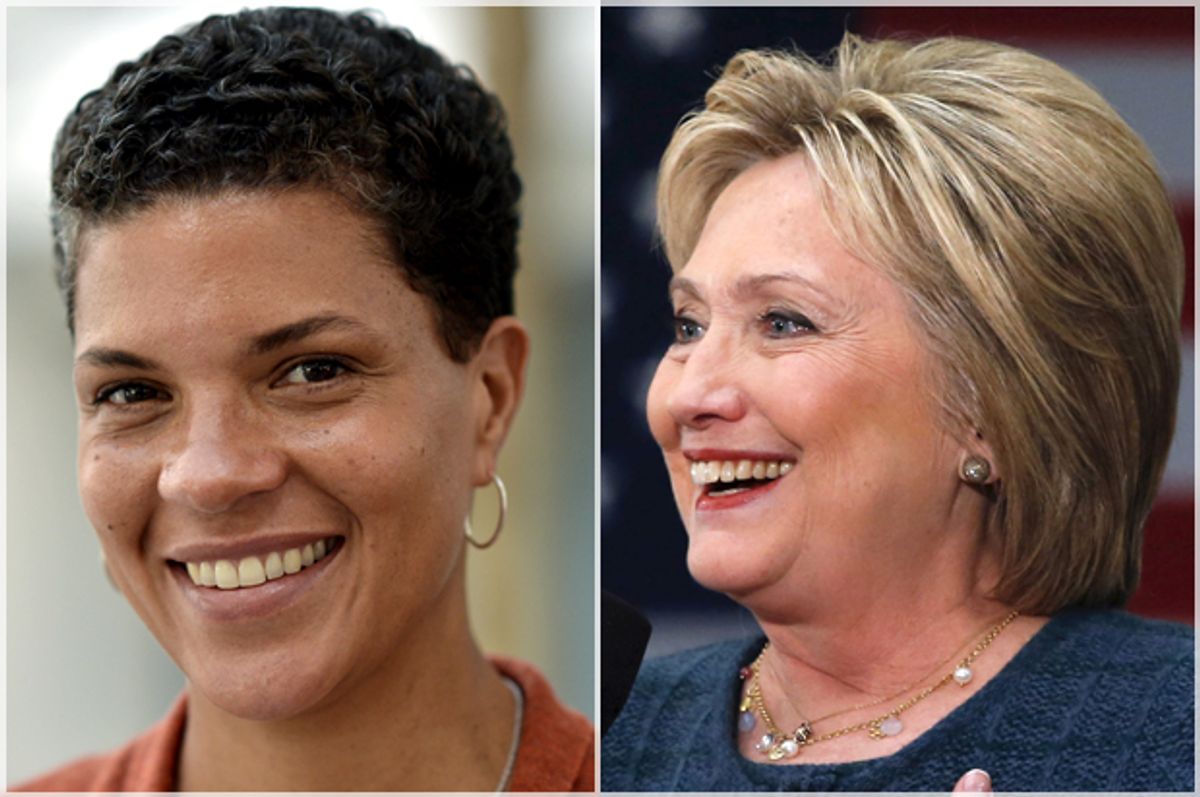 In many ways, the Democratic presidential race begins now. Iowa was a virtual tie and New Hampshire was a massive – although not unexpected – victory for Sanders. But Iowa and New Hampshire are two of the whitest electorates in the Democratic primary, and so they naturally favor Sanders, who polls well among college-educated whites but struggles mightily with minority voters.

More importantly, only 4 percent of the total delegates are up for grabs in the first four Democratic primaries, which means the race will be decided in March, when more than half of the delegates are on the line.

As the campaign shifts to South Carolina and beyond, race will become a central issue. Indeed, still reeling from the New Hampshire loss, the Clinton campaign is already preparing to shift their focus to African-Americans. According to a Politico report, the strategic pivot is underway:

“Clinton is set to campaign with the mothers of Trayvon Martin and Eric Garner, unarmed African-Americans who died in incidents involving law enforcement officers and a neighborhood watch representative, respectively. And the campaign, sources said, is expected to push a new focus on systemic racism, criminal justice reform, voting rights and gun violence that will mitigate concerns about her lack of an inspirational message.”

How effective Clinton’s overtures will be is difficult to say, but she’s already well-positioned: A recent NBC News/SurveyMonkey poll of national voters has Sanders leading Clinton by 2 points among white Democrats while Clinton leads Sanders by 43 points among black Democrats and 34 points among Hispanics. If this gap persists, Sanders is in trouble.

A Democrat needs the support of a majority of nonwhite voters to win both the nomination and a general election. Sanders knows this, and his campaign is working to make inroads in minority communities. His first post-New Hampshire campaign stop, for instance, was a visit with Al Sharpton in Harlem, a not-so-subtle sign of where his focus is now. The next two primaries are in South Carolina and Nevada, both of which have much larger minority populations than Iowa and New Hampshire. While there aren’t a lot of delegates at stake, Sanders performance in South Carolina and Nevada will be an early indicator of his ability to expand his voting base.

Part of Sanders’ problem, as his chief strategist Tad Devine concedes, is that he's not well-known in minority communities. But that can change quickly. “As they get to know him, as they get to know his story, as they begin to see his message and what he stands for,” Devine said, “I think he’s going to have a tremendous opportunity.” Devine sounds a bit quixotic, but he’s not necessarily wrong: Sanders can’t match Clinton in terms of name recognition, but his record and platform ought to have a much broader appeal.

Whether it’s raising the minimum wage to $15 an hour or imposing a tax on Wall Street speculators to pay for college tuition, Sanders is addressing problems that disproportionately impact Latino and African-American voters. Rhetorically, Clinton is doing her best to mimic him on these and other issues, but her record invites skepticism.

Writing in The Nation, Michelle Alexander argues that many black voters are supporting Clinton out of a misplaced sense of loyalty:

“Black voters have been remarkably loyal to the Clintons for more than 25 years. It’s true that we eventually lined up behind Barack Obama in 2008, but it’s a measure of the Clinton allure that Hillary led Obama among black voters until he started winning caucuses and primaries. Now Hillary is running again. This time she’s facing a democratic socialist who promises a political revolution that will bring universal healthcare, a living wage, an end to rampant Wall Street greed, and the dismantling of the vast prison state – many of the same goals that Martin Luther King Jr. championed at the end of his life. Even so, black folks are sticking with the Clinton brand.”

Alexander’s piece is nuanced and worth reading on its own, but her thesis is straightforward: Substantively speaking, the Clintons have done very little to earn the loyalty of black voters. Bill Clinton, despite his reputation, was a disaster for black America. He unraveled social safety nets while embracing “Reagan’s agenda on race, crime, welfare and taxes – ultimately doing more harm to black communities than Reagan ever did.”

I don't agree that Clinton was worse than Reagan on this front, but there’s no question he betrayed African Americans in the name of political expediency. Clinton mastered the art of dog-whistling to racist working-class whites, however, and so he never received the criticism he deserved. He also doubled down on the drug war, which led to “the largest increase in federal and state prison inmates of any president in American history,” the majority of which were brown and black people. His support of the federal “three strikes” law was equally disastrous. Much of this was part of Clinton’s anti-crime agenda, which appealed to white Reagan voters but utterly destroyed black communities. (Sanders, as Alexander acknowledges, voted for the 1994 crime bill - as did the majority of Congressional Democrats - but he opposed welfare reform and bank deregulation, both of which Hillary supported.)

Hillary Clinton isn’t her husband, and she deserves to be judged independently. But Hillary wasn’t a typical first lady. She was hugely influential in her husband’s administration, and she actively defended his policies on the campaign trail. And, as Alexander writes, “she continues to invoke the economy and country that Bill Clinton left behind as a legacy she would continue.” That makes Bill Clinton’s record relevant to this campaign.

At any rate, what Bill and Hillary Clinton have in common is a history of compromising on crucial issues, issues of enormous consequence to minority voters and working-class Democrats more generally. This is a message that Sanders would do well to promote as this race enters the home stretch.