"He's jealous as hell," Trump said of the paper's owner, though of what, he declined to say 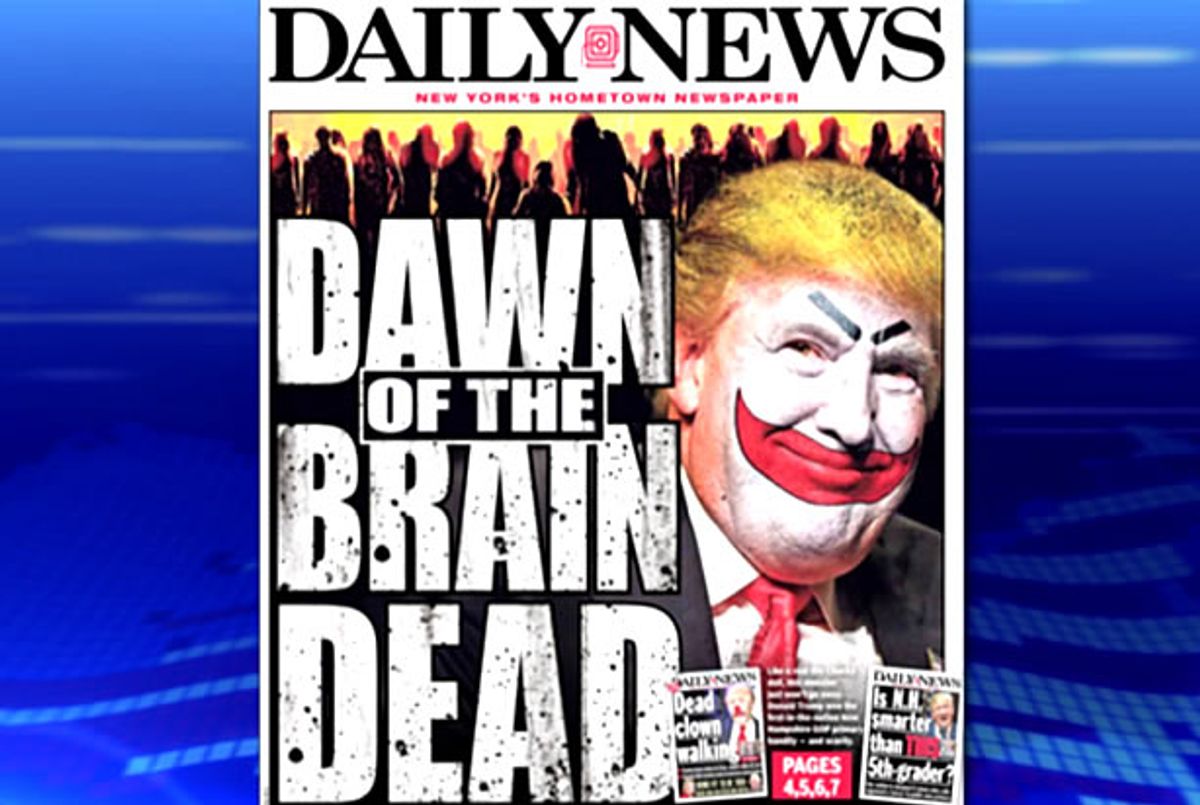 Donald Trump appeared on "Fox & Friends" Wednesday morning as part of his post-New Hampshire victory tour, but he wasn't entirely happy, thanks in large part to the cover of this morning's edition of the New York Daily News, which painted his face like a clown and declared his New Hampshire supporters to be "brain dead."

The cover, which declared that the "[c]lown comes back to life with N.H. win as mindless zombies turn out in droves" for what it called "Dawn of the Brain Dead," clearly irked Trump, who called the publication "a totally failing paper" that is merely "trying to capitalize on my name."

"Look, it’s another paper that’s going down the tubes. They used my name," he told co-host Anna Kooiman. "They do the clown thing, every week, I’m on with a clown picture."

"Maybe it sells, maybe it doesn't sell -- but the paper is going bad," Trump continued, before blasting the paper's owner. "The owner is a guy named Mort Zuckerman, who’s got a total inferiority complex, and he has for years -- he's jealous as hell."

Trump went on the offensive on Twitter as well, writing: