Laurence Tribe for Big Coal? A liberal icon, on the wrong side of case that endangers Paris accords, spins his side 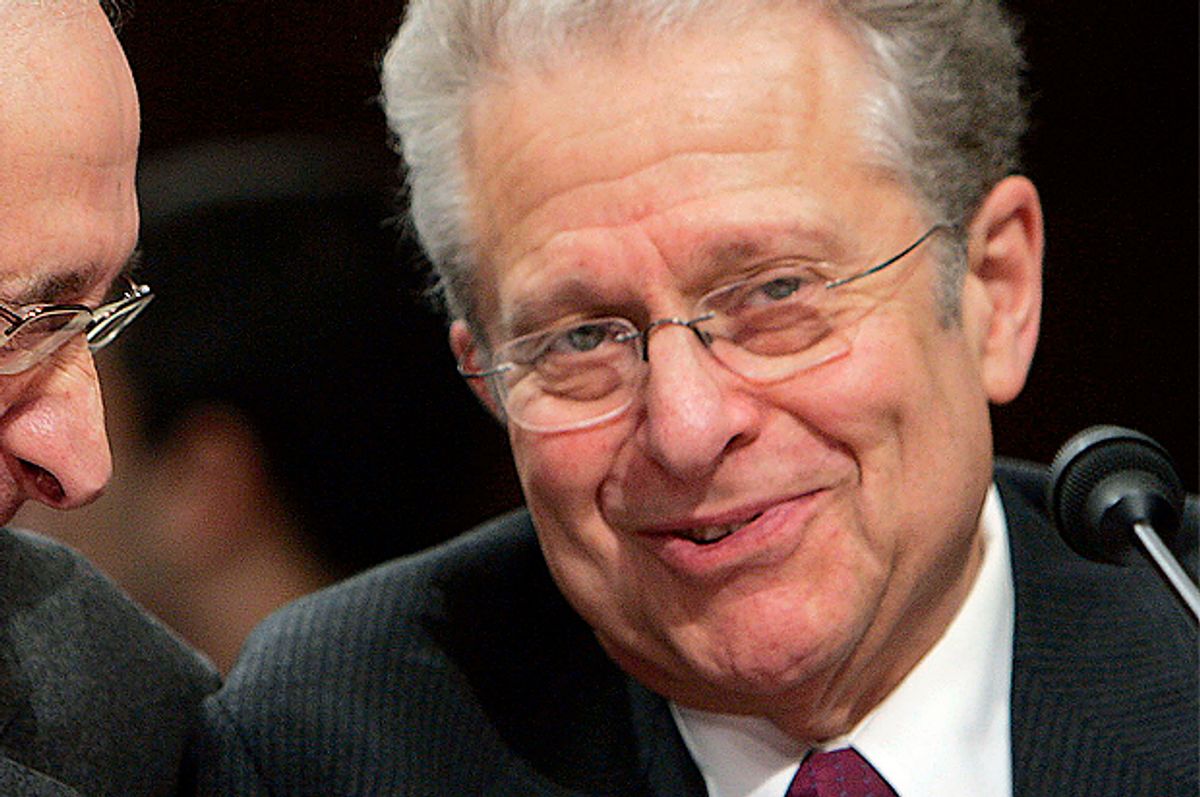 The case is so important because the regulations make up the core of the Obama administration’s attempt to comply with the terms of the Paris climate change accord. If the Supreme Court strikes them down, the U.S. government will be able to do very little to adhere to that agreement, which in turn will seriously undercut international efforts to stave off the worst effects of climate change.

The fact that this is the highest-stakes type of litigation makes it all the more significant that a lot of people, including some of his own colleagues at Harvard, have concluded Tribe is making bad legal arguments. And a lot of these people have concluded that Tribe is making these bad arguments not because he believes them, but because he’s being paid to make them.

What makes Tribe’s role in this case particularly interesting is that Tribe himself has made a big deal of the purported fact that he really believes the arguments he’s making. In a Wall Street Journal op-ed, Tribe addresses this question head-on:

Although my comments opposing the EPA’s proposal were joined by a major coal producer, they reflect my professional conclusions as an independent legal scholar. I say only what I believe, whether I do so pro bono, or [as] in this case having been retained by others.

Tribe has gone out of his way to make clear that his decision to take big bucks from Peabody in order to help the company gut the EPA’s regulatory framework sprung from only the purest of motives:

I share the administration’s attitude toward climate change and the urgency of meaningful action on that front, but I’m not willing to keep silent when I see the rule of law threatened just because the threat comes from quarters with which I am in sympathy.

I agreed to accept Peabody as a client only on the condition that I’d continue to speak my mind even if not everything I’d say would be to Peabody’s liking.

The right wing media machine has been working overtime to make the most of Tribe’s supposedly sincere attack on the regulations: Even liberal constitutional law icon Larry Tribe thinks what the Obama administration is doing to address climate change is unconstitutional!

As Jonathan Chait points out, the claim “even coal company lawyer Larry Tribe says the coal company should win” sounds a whole lot less impressive. Hence Tribe’s continual insistence that he’s not just a hired gun, and that he’s taking Peabody’s money because “the rule of law [is] threatened” by the regulations.

Tribe’s claims are ridiculous, and indeed he is arguably abusing his academic position by making them. First, his constitutional arguments against the regulations are terrible, to the point of actual frivolity. For example, if Tribe has come to believe sincerely that the Fifth Amendment bars the government from regulating polluters unless it pays them for “taking” their property, then my guess is that this sincerity is a product of encroaching senility: I would flunk any first-year property student who made such a preposterous argument.

And Tribe’s claim that it will threaten the very rule of law itself if the Supreme Court doesn’t accept his “novel” (“novel” is polite lawyer-speak for flagrantly craptacular) constitutional arguments is even more bizarre than the claims themselves.

But the most improper aspect of Tribe’s behavior is his very public and continual insistence that he really believes the arguments he’s making. Here’s why those claims in particular are an abuse of his position: Under the rules of professional conduct, lawyers owe a duty of zealous advocacy to their clients. That means that, once Tribe agreed to represent Peabody Coal, he was, as a matter of professional ethics, obliged to make whatever legal arguments would, in his judgment, advance Peabody’s interests, without regard to whether he himself thinks those arguments are valid.

In other words, Tribe is claiming he’s not just a lawyer being paid to advance a client’s interests. But that is in fact exactly what he is, and indeed, under the circumstances, he would be violating the professional obligations he has chosen to incur if he were to be anything else (such as, for example, a disinterested constitutional law scholar, limiting himself to giving his sincere opinion regarding what the law requires).

I don’t care whether or not Tribe actually believes the arguments he’s making. After all, when somebody is being paid the stupendous sums Tribe is surely getting from Peabody Coal, that person’s evaluation of his own psychological sincerity is essentially worthless, precisely because if you pay a man enough to believe he believes what he says he believes, you’ll probably manage to get him to believe it eventually.

I do care that he’s trying to confuse the roles of an advocate and a scholar, in a way that improperly blurs the lines between those roles. That he is blurring those lines to better advance an especially bad policy outcome is both deeply irresponsible, and an abuse of the privileges of his academic position.