The Republican Supreme Court tantrum is a gift to Democrats, especially to Hillary Clinton

Republicans plan to block Obama's SCOTUS nominee, but doing so will hurt their already tattered reputation 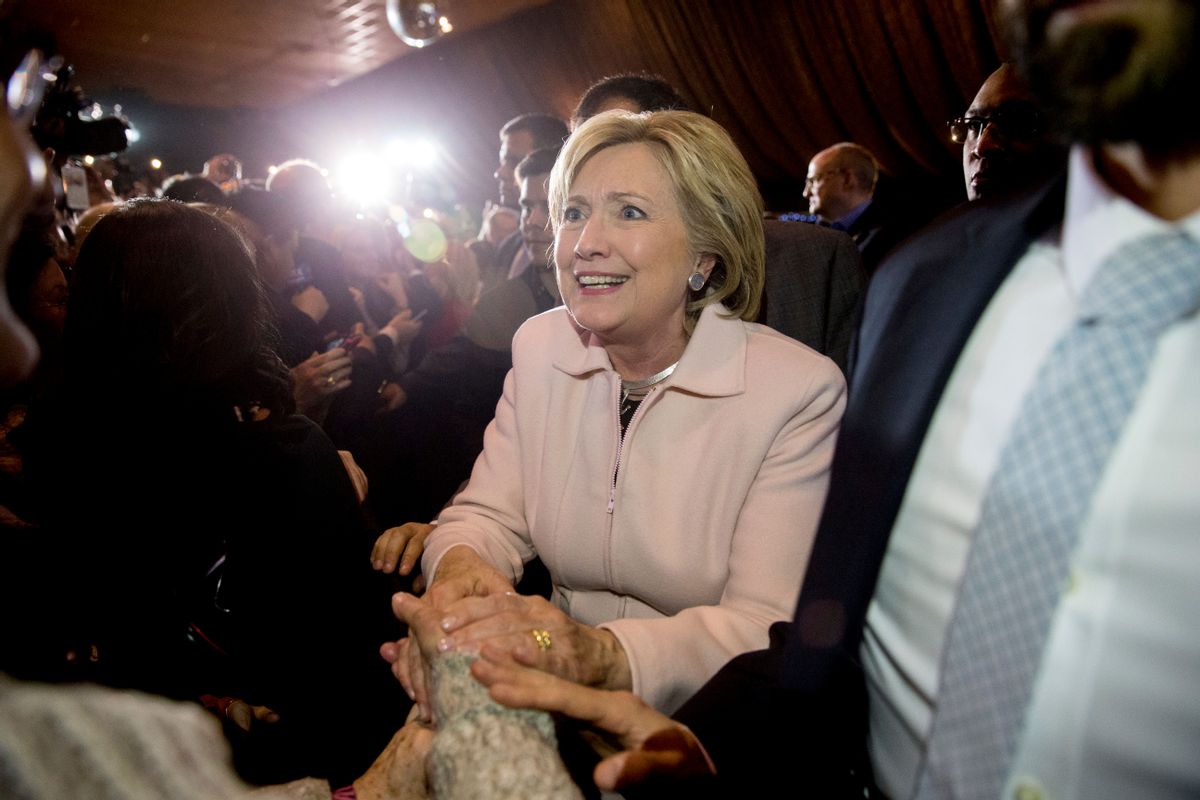 In an astounding display of partisan pettiness that is low even for their bottom-feeding standards, Republicans came together as one within hours of Justice Antonin Scalia's death to register their outrage that this Barack Obama fellow dare suggest he should nominate a replacement, just because the Constitution, which every conservative swears he sleeps with under his pillow at night, says he should.

The disingenuous posturing about how a president who has an entire year left in his term should simply stop doing his job is even more transparent than usual. Everyone knows the real reason is the conservative base has never accepted that a black Democrat could be a legitimately elected President, and after 7 years of having to live with a President the majority of white voters voted against, Republicans are going to use this as a chance to throw a nationwide temper tantrum.

The next few weeks, possibly months (possibly 11 months!) are going to suck for whatever sacrificial lamb (or lambs) Obama throws up for the Republicans to reject in an impotent attempt to register their continuing anger that he just keeps sitting in the White House like the duly elected President he is. But for the rest of the Democrats, this is going to be a political boon.

This goes double for Hillary Clinton, who will be able to use the ongoing fight over the Supreme Court to push her argument that her brand of liberal politics is the best fit for our current political climate, better both than the idealism offered by Bernie Sanders and than the politics of obstruction and resentment that define all her Republican opponents.

It says a lot about our current political situation that the best outcome for the Democrats is almost surely what the Republicans are threatening to do, which is to stonewall anyone Obama nominates, just because he's Obama and they have a superstitious belief that everything he touches is unclean. While it's going to be a policy disaster to have a court that is set up to tie so many important decisions, having the Republicans loudly proclaim that they prioritize impotent insults aimed at the President over actual governance is a political boon of the sort that you can't buy even with Citizens United money. Every day this drags out, the news will be a glorious reminder to the voters that the Republicans are such babies that they shouldn't be trusted to run a small town McDonald's franchise, much less be given so much power in the U.S. government.

This is especially delicious since the only Republican candidate who has a chance to walk away from this unscathed — maybe even finding a way to turn it to his advantage— is Donald Trump. The two candidates who are currently best positioned to unseat Trump, Ted Cruz and Marco Rubio, are both senators and both have indicated their willingness to join their fellow Republicans in the Senate in blocking whoever Obama nominates, just because he nominated them. The bad loser vibe, where Republicans punish not just Obama but the whole country because they refuse to accept he won the 2012 election fair and square, will rub off on them.

Trump, however, has a real chance here to score some points. Vague promises that he will straighten up  D.C. and end all this pointless bickering and gridlock— because he's a winner who gets things done or whatever empty braggadocio he wants to throw out— and he can set himself apart from Cruz and Rubio, all without actually having to commit to either offending the Obama-hating base or having to endorse the astounding immaturity that has infected every last member of the congressional Republican caucus.

All of which is simply fantastic for whatever Democrat wins the nomination, of course, but there will likely be down ticket effects, too. Every single Democrat running for Congress will be able to point to this story about Republican-caused gridlock and promise that electing them will help ungum the works. It'll be a simple, effective pitch that happens to have the benefit of being completely true.

But no Democrat is going to benefit more from this than Hillary Clinton. He campaign has struggled to come up with an effective counter narrative to Bernie Sanders' economic populism, but finally seemed to have come up with a promising one during the last debate: Painting Sanders as a "single issue" candidate  and herself as someone more well-rounded. That even if more Wall Street bankers face consequences for their corrupt actions, problems like racism and sexism will persist and hold people back, and that she is better equipped to handle the big picture.

The Supreme Court fight will be exhibit No. 1 for this argument. Besides irrational Obama hatred, the Republicans will be throwing a fit because they fear that whoever Obama nominates will be pro-choice, pro-gay, and opposed to excessive police violence and elaborate schemes to deny people of color the right to vote. This will bolster Clinton's argument that Sanders's laser-like focus on Wall Street is missing the point. After all, the Supreme Court isn't on Wall Street, but it has tremendous power over the lives of everyday people.

Beyond that, the fight over the next justice will amplify one of the biggest criticisms of the Sanders campaign, its the pie-in-the-sky quality. Almost all presidential candidates over-promise, but what Sanders offers voters — free college, single payer health care — would never pass through the legislature, even if, by some miracle, Democrats swept congressional elections and regained the majority. We know this, because Obama had just these advantages, and his signature health care legislation didn't even have a public option attached.

The fact that Sanders is promising a bunch of stuff he probably could never deliver hasn't hurt him too much, because presidential campaigns are often unmoored from the nitty-gritty concerns of everyday governance and conducted largely in the realm of the symbolic and aspirational. But with headlines about the campaign competing with headlines about the congressional fight over this nomination, it will become impossible to keep discussion about how you get things done in D.C. at bay. Clinton will be able to use this as a way to illustrate that getting things done really is a lot harder than simply wanting it badly enough.

The Republicans have been caught up in a death spiral for a long time, where appeasing the base is unavoidable but makes them even more unpopular with the general public. This is just more of the same. The smart political move would be to let Obama have his judge and live to fight another day. But since that will be framed as capitulation by the conservative press, the Republicans will have to take this on, dismantling what is left of their reputation in the eyes of the general public. If you're working for the DNC right now, I'd make sure the fridge is well-stocked with champagne.