The Vatican is surrounded by walls, too -- except, you know, all the places it very much isn't 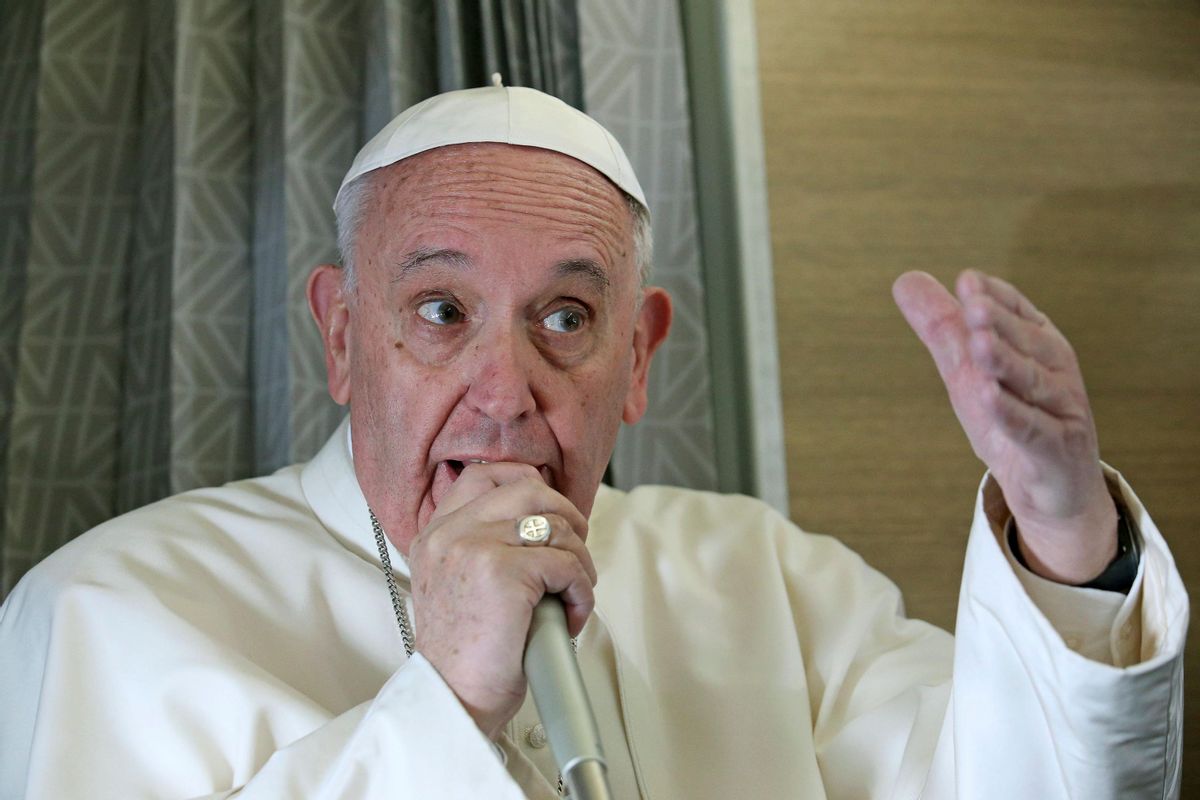 Pope Francis speaks to reporters aboard the plane during the flight from Rome to Habana, Cuba, on his way to a week-long trip to Mexico, Friday, Feb. 12, 2016. The pontiff is scheduled to stop in Cuba for an historical meeting with Russian Orthodox Patriarch Kirill that the Vatican sees as a historic step in the path toward healing the 1,000-year schism that split Christianity. (Alessandro Di Meo/Pool Photo via AP) (AP)
--

Donald Trump spokesman Dan Scavino was clearly upset with Pope Francis' attack on the man he's beatified and took to Twitter to express his dissatisfaction:

Unfortunately for him, the denizens of Twitter remember that history began before the birth of Scavino's Lord and Savior, Donald J. Trump, and were more than happy to inform him of just how ignorant he sounded:

Of course, someone needed to drop the mic: