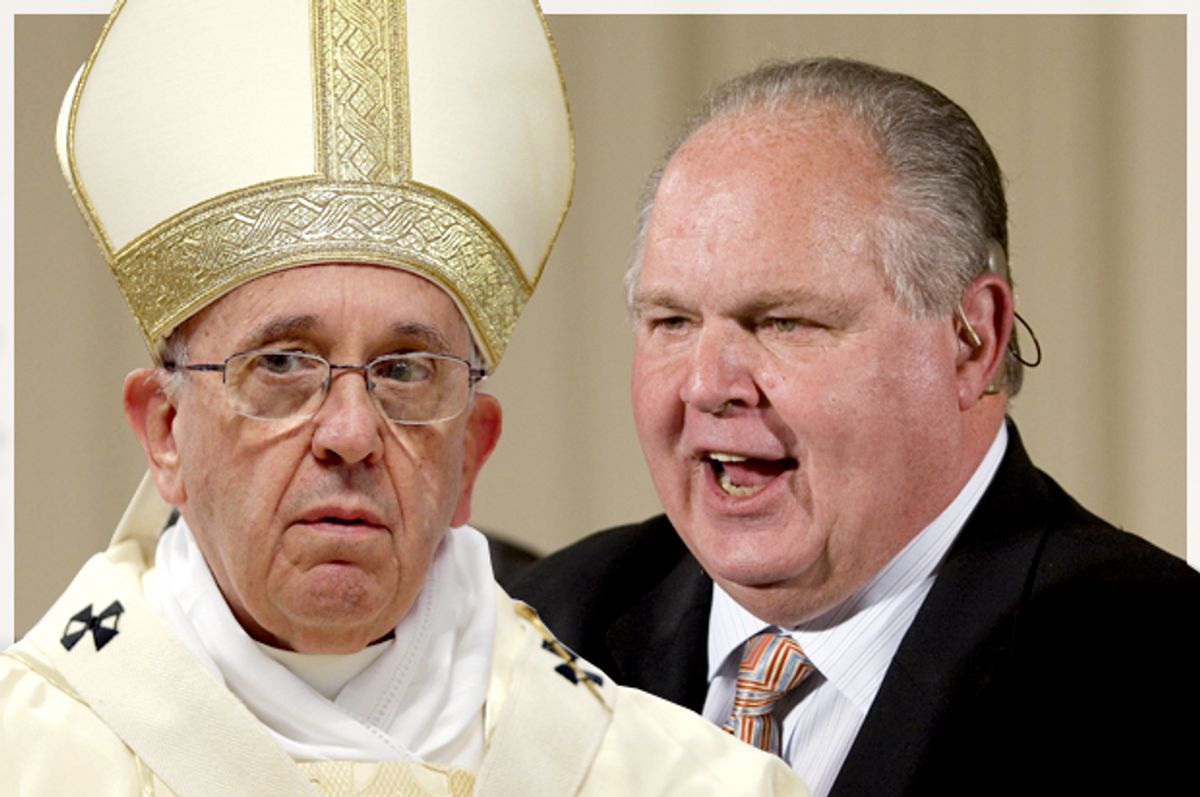 Rushing to his preferred candidate's defense, right-wing radio host Rush Limbaugh was sure to rip Pope Francis during his show on Thursday, slamming the religious leader for daring to weigh in on American politics and mocking his suggestion that Donald Trump is not a Christian.

"The Pope says that Donald Trump is not a Christian, because Christians do not build walls, they build bridges. Never mind that the Vatican is surrounded by a wall and we won't even talk about who built that wall," Limbaugh said according to Media Matters, repeating a nonsensical argument the Trump campaign has propagated to push-back against the Pontiff today:

On Thursday, Pope Francis responded to a question about Donald Trump's comments about his Holiness' visit to the U.S.-Mexico border, accusing the Pope of being a pawn of the Mexican government who had become too "political."

"We must see if he said things in that way and in this I give the benefit of the doubt,” Pope Francis began before asserting that "a person who thinks only about building walls, wherever they may be, and not building bridges, is not Christian. This is not in the gospel.”

Limbaugh, who has never hesitated to criticize Pope Francis, jumped on the opportunity to hit the Catholic leader while defending The Donald and taking a swipe at Democratic presidential candidate Bernie Sanders.

"Given the pope's political leanings I'm surprised he isn't on the campaign trail for Bernie Sanders," Limbaugh quipped. "But maybe Bernie Sanders is too far to the right for the pope":