Joe Biden understands GOP Supreme Court obstruction: “It was never intended for the president to pick whoever he wants and that’s it”

The VP suggests Obama select a "consensus" nominee, not the "most liberal jurist" to replace Scalia 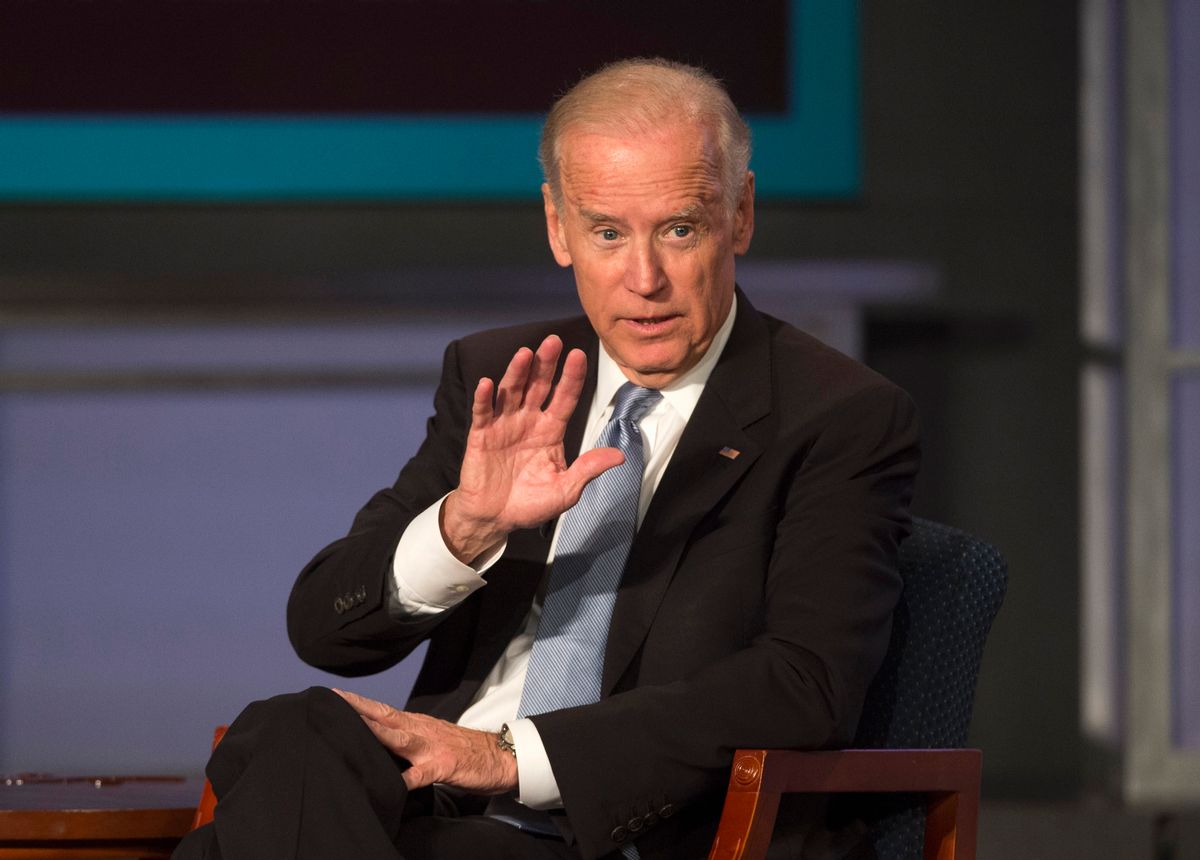 FILE - In this Oct. 20,2015 file photo, Vice President Joe Biden speaks in Washington. Biden likens the GOP presidential race to a gift from the Lord for Democrats trying to win back the House and Senate. (AP Photo/Molly Riley, File) (AP)
--

In a series of new interviews this week, Vice President Joe Biden swatted down the idea that President Obama will nominate the "most liberal jurist" to replace recently deceased Supreme Court Justice Antonin Scalia, suggesting that the White House is more likely to name a moderate, "consensus" pick as Republicans in the Senate were sure to stake out their opposition to any likely nominee only minutes after the justice's passing was announced last week.

"The Senate gets to have a say," Biden, a former senator, told Minnesota Public Radio in an interview broadcast on Thursday. "In order to get this done, the president is not going to be able to go out, nor would it be his instinct anyway, to pick the most liberal jurist in the nation and put them on the court."

In an interview with Politico and the Washington Post, Biden reiterated that "it was never intended for the president to pick whoever he wants and that’s it.”

“This is a potentially gigantic game-changer,” Biden acknowledged. “My advice is the only way we get someone on the Court now or even later is to do what was done in the past.”

Some have called on the President to replace the High Court's most conservative jurist with a liberal jurist and/or another woman to bring more parity to the full bench. California Attorney General Kamala Harris and "The New Jim Crow" author Michelle Alexander have been named. But Biden suggested that using Scalia's successor to make a political statement or stack the court in his final year would be a mistake for President Obama.

"There are plenty of judges who are on high courts already who have had unanimous support of the Republicans," Biden told Minnesota Public Radio. "This should be someone who, in fact, is a consensus and whereby we can generate enough support to get a person passed," he said, pushing back against calls for a more liberal jurist.

Biden said that the President intends to nominate “someone who has demonstrated they have an open mind, someone who doesn’t have a specific agenda.” The Vice President named Republican nominees and eventual Supreme Court Justices David Souter and Anthony Kennedy as examples of such consensus candidates.

Asked about the unprecedented GOP obstruction threatened by Republican leadership in the Senate and every Republican presidential candidate during an interview with MSNBC's Rachel Maddow on Thursday night, the Vice President laughed it off as an example of "the tail wagging the dog."

"I think the leadership went out to make sure they got out ahead of Ted Cruz," Biden said, referring to the Texas Tea Party senator's tweet calling on the Senate to block any Obama nominee, moments after news of Scalia's passing broke. Senate Majority Leader Mitch McConnell shortly followed suit, releasing a statement that Scalia's "vacancy should not be filled until we have a new President."

In announcing his knee-jerk opposition, Senate Judiciary Committee Chair Chuck Grassley said “the fact of the matter is that it’s been standard practice over the last 80 years to not confirm Supreme Court nominees during a presidential election year.” Never mind that Justice Anthony Kennedy was confirmed in 1988, an election year.

"I don’t believe in their heart they think this makes sense. We’ve never done this before," Biden told Maddow, arguing that Republican leadership is intimated by its more right-wing base.

If the Vice President's media tour is any clue, the White House is prepared for opposition from Senate Republicans but the administration plans to pick a safe nominee to avoid a bitter battle. Obama has already declined to take advantage of Congress being in recess to name Scalia's successor without their advise and consent. The President and Vice President appear to have wagered that painting Republicans as hardcore obstructionist (by selecting a judge the Senate has recently confirmed) is more impactful than using his third and final Supreme Court pick to make a political statement.

And it's a gamble. 81 percent of Republicans do not think the Senate should even vote for Scalia's replacement, while 81 percent of Democrats do not want the seat to remain vacant for 11 months, according to a new NBC poll.

Watch one of Biden's many recent interviews with Rachel Maddow, via MSNBC: