Marco Rubio flip-flops on immigration: The GOP's most "electable" candidate just got even more extreme

The more the GOP establishment commits to Marco Rubio's candidacy, the more unelectable he gets 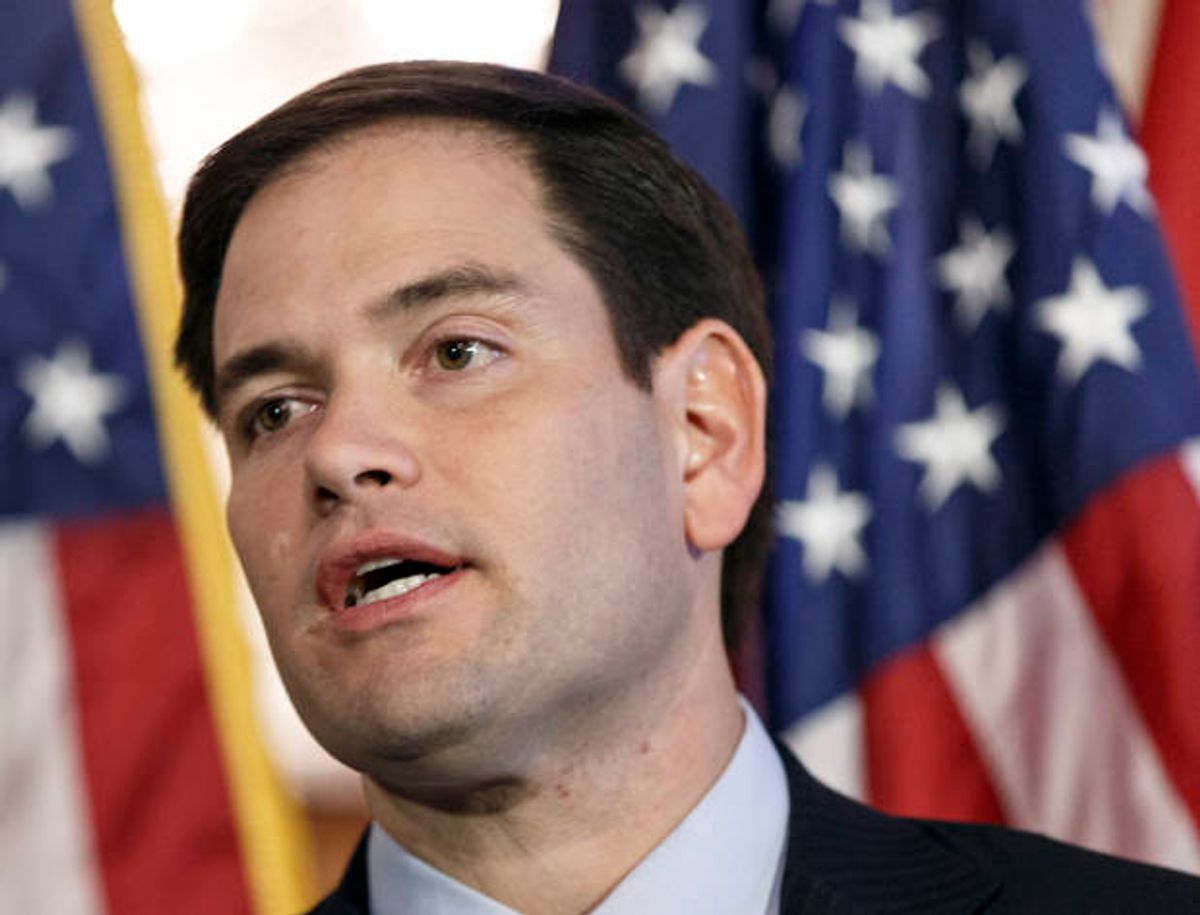 In a sane world, the establishment wing of the Republican Party would not be completely invested in Marco Rubio’s presidential campaign. Not after his severe malfunction in New Hampshire earlier this month.

In a sane world, the establishment would regard the “Marcobot” meltdown as the kind of screw up that a young and inexperienced presidential candidate could not survive. They’d still like Rubio; but they’d figure he needed more seasoning, and they’d look somewhere else to find their “electable” candidate.

But we do not live in a sane world. We live in the real world. And in the real world, it seems that the only way Donald Trump won’t win the Republican nomination is if Ted Cruz does it instead. That leaves the establishment in the unenviable position of having to choose between two unacceptable options.

So, because they have no other choice, they’re still going with Rubio. He’s their guy, come Hell or high water. They’re all-in.

Amazingly, that’s not the end of the establishment’s troubles. It gets worse. Not only are they stuck with a badly damaged candidate. They’re stuck with him while he slowly dismantles all the hard work he’s done over the past few years to win the GOP primary while also remaining “electable.”

I will, on my first day in office, get rid of it because it’s unconstitutional. I was against it when the president did it. I remain against it now. It cannot be permanent policy. And I’ve said that repeatedly.

As Greg Sargent notes, this is a more significant flip-flop than it appears. Because while Rubio has always opposed Obama’s executive actions, his previous position was that he would not nix them on “day one,” because that would be disruptive and harmful to millions. And, more importantly, it also wouldn’t play well in a general election.

Rubio’s fuzziness on this subject was supposed to be a point in his favor. Yes, Rubio is young, relatively handsome, and Cuban-American. That was all supposed to help him, too. But his policy “moderation” was what would really seal the deal and dispel the notion that the Republican Party is the exclusive home of angry, old, and white racists.

With Rubio’s on the ropes, though, and desperate for a strong showing in upcoming South Carolina primary, that asset has been jettisoned. He’s now promised, unequivocally, that one of the first things he’ll do as president is make it easier to deport people who have lived in the country for essentially their whole life.

Mr. Electable has decided to flip-flop, in other words, in order to be more like Ted Cruz. They already shared the maximalist anti-choice position; no exceptions, even in cases of rape and incest. As of Thursday, they now share an anti-immigrant policy so radical that it can only be surpassed by Donald “round ‘em up” Trump.

At this point, what’s the argument for Rubio’s superior electability? On taxes, social insurance, foreign policy, and reproductive rights, he’s more extreme than Donald Trump. And now, on immigration, the distance between them is minimal. Rubio’s still 44-years-old and Cuban-American, it’s true.

In the degraded state in which the GOP finds itself, that is, apparently, as good as it gets. But if Rubio wins the nomination and faces a general election audience, it’s hard to imagine that that will be enough.