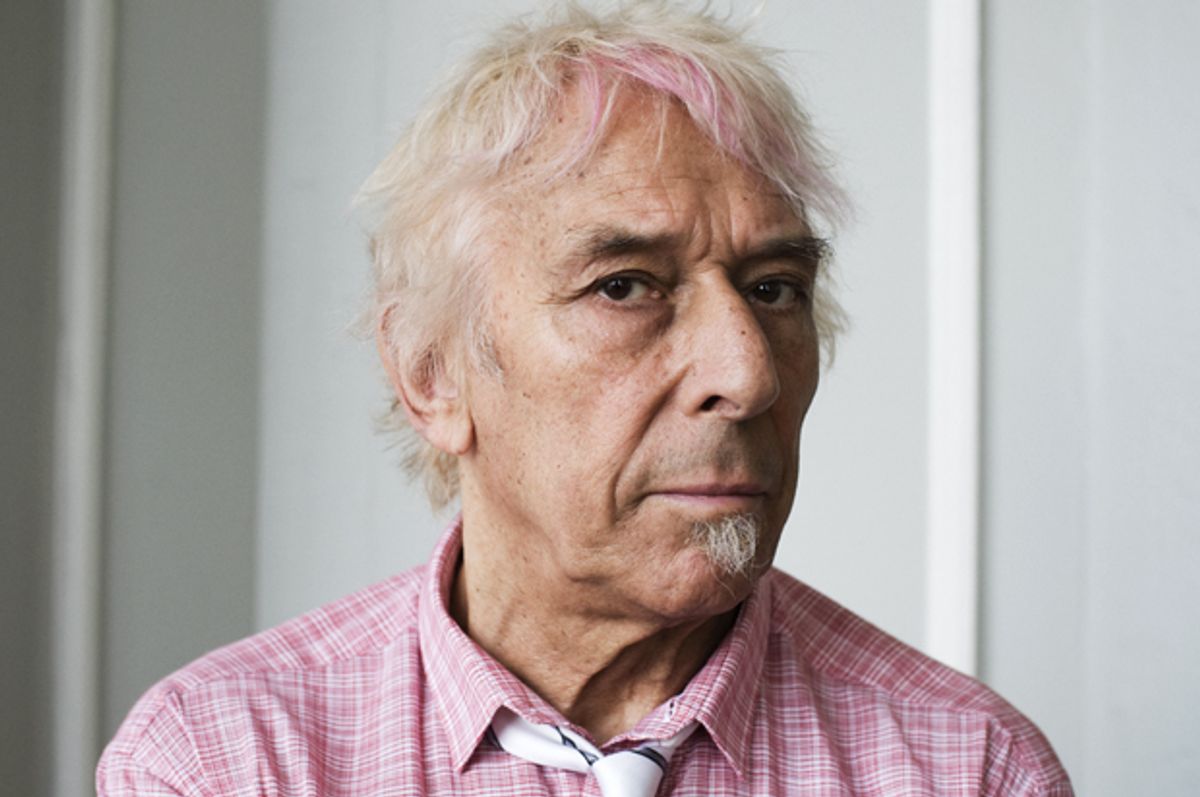 John Cale is probably still best known as a co-founder of the Velvet Underground despite many decades as a solo artist. His own music has ranged in style significantly while holding onto an identifiable mix of chilly reserve, sonic experiment, simple tunefulness and musical curiosity. He's also produced albums by Patti Smith, the Modern Lovers and the Stooges.

One of the high points of his career is “Music for a New Society,” a 1982 album that combined keyboards with open space and dark, morbid lyrics. It’s ambient, at times, without being at all restful. In Rolling Stone, Will Hermes calls it “one of the grimmest, loneliest LPs ever made. There are songs about shame and death, about violent longing, with melodies sometimes fragile, sometimes shattered.” Domino has released the original “Music for a New Society” alongside “M:FANS,” which reworks the album with new instrumentation. Some of it is even harsher than the original. Salon spoke to Cale from Los Angeles, where he lives.

The interview has been lightly edited for clarity.

How you doing, Scott?

Wow -- you’ve lost some of your Welsh accent living in the States so long.

Most of my friends tell me that. They’re happy about it because at least they can understand what I’m saying now.

Ha. Let’s talk about the new version of “Music for a New Society.” What made you want to go back to an album from several decades ago?

It was a tough album. I knew it was going to be hard. I thought it was time to reissue it – it needed a remaster, and I checked to see if there were any outtakes I wanted to add, et cetera. So the opportunity came because I got called for a festival – they have these festivals in Europe now and again where they say, “Can you do one of your albums?” And they wanted to do either “Fear” or “Music for...” I thought it was an excellent opportunity to see if I could stretch the arrangements.

It went down fine, but I was still using too much of the sensibility of the old one, and smoothing it out with strings and voices. So I said, let’s put it back in the box where it was, and give it a little edge.

Some of it has a lot of edge: Songs like “Taking Your Life in Your Hands” and “Thoughtless Kind” are a lot more tense and abrasive than the originals. Is that because your mood has changed, or because you have different musical interests?

Different musical interests. Or, you could say, both of them. But I’d just spent a lot of time in the studio, there was a lot of stuff I’d done in the studio – I wanted to put it on the album. And so it has new textures and all that.

You’ve always been very eclectic, with an interest in avant-garde, classical, rock ‘n’ roll. What kind of music do you listen to these days?

Andre 3000, that new Erykah Badu record – “But You Caint Use My Phone” -- that’s one of the most sophisticated records I’ve heard in a long time. There’s Donnie Trumpet and Chance the Rapper. And there’s always Eminem.

You like the focus on production that you hear in hip-hop?

I learned that a long time ago – that there’s much more sophistication, and better production, in hip-hop than in regular rock ‘n’ roll records.

Do you listen to it for the beats, too?

Yeah – the beats and the textures, because you don’t know what they’re doing. When Pharrell [Williams] did “Drop It Like It’s Hot,” he had that spraycan sound in it, it suddenly became clean that somebody was thinking outside the box here. When they make a great, groovy record, they’re gonna use anything that’s there. That’s fabulous. That’s sort of where music started – a dude with a tin can and a rope.

It sounds like you’re much more interested in new stuff than thinking about your Velvet Underground days or John Cage or that kind of music.

I went through that period. Now I enjoy stretching it, making the drama different.

The song “If You Were Still Around” is now a tribute to Lou Reed, I think?

It’s a tribute to him and all the people who were in the Factory. In the video you see all their faces. It was done at the anniversary of his death – it was meant as a pretty honest appraisal, and a pretty dignified appraisal of his position in the music that we did.

A really important musician, and known as being difficult to get along with. What are your memories of him like? A mix of good and bad?

Just that [our friendship] never got any further. We were running around New York, in the clubs, and that ended. Since then, we never picked it up again. I didn’t know where he was. And then he got involved with Lou and it became something else entirely.

Do you have a favorite period of Bowie? Do you like the Berlin records?

The stuff he did with Brian [Eno] is like building a house around you – it’s a construction job.

What’s next for you? Are you going back to other old albums to rethink them, or pushing in new directions?

I’ve got a bunch of songs I want to finish – I want to have that done so I can get them out as soon as possible. And a lot of touring.

These days you’re less interested in song structure, more interested in overall texture. We'll hear that in what comes next from you?

Yeah – how do you tell the story without verses and choruses.

So going back to hip-hop: Is what gives you a sense of possibilities.

Yeah. When you listen to [some of it], it’s very street-savvy stuff… And what you have is what you get: It’s not like someone here can play an instrument, necessarily. And on the other hand you have someone like Andre – that’s outstanding.

Yeah I do. There’s a lot of energy and a lot of good musical ideas. But I don’t know, the proselytizing gets in the way of it sometimes. I mean, when I saw Kanye on “SNL,” when his record “Yeezus” came out, that band sounded great! But then I got the record and it wasn’t as strong. It worked live but apparently when he came to L.A. and did it downtown, somebody was playing a computer track.

I don’t know if he takes his live work as seriously as Eminem does. Eminem is ferocious wherever he goes.