“I’m proud of the campaign that we’ve run to unify our country and to advocate conservative solutions,” Bush said. 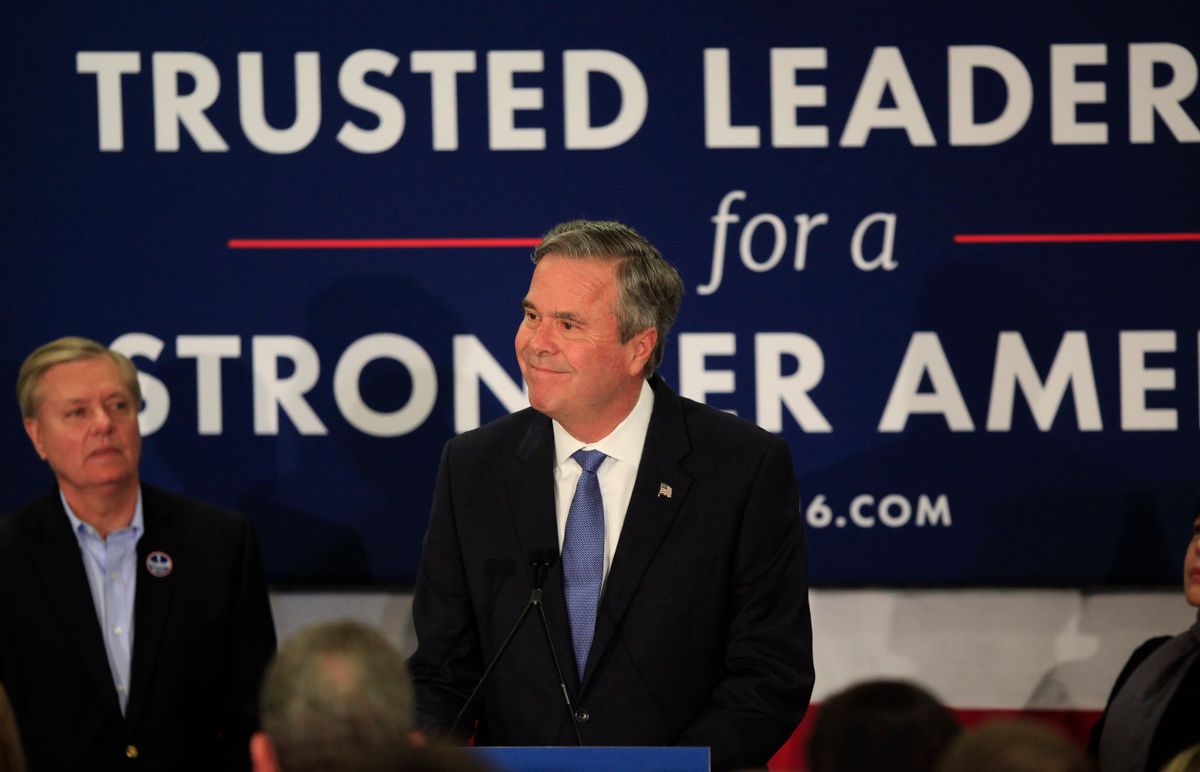 Republican Jeb Bush ended his campaign for the presidency Saturday after a disappointing finish in South Carolina, acknowledging his failure to harness the hopes of Republican voters angry at the political establishment.

The former Florida governor and political scion told supporters in Columbia that he’d tried to stay true to what he believes. Still, he was lagging far behind in the primary in South Carolina, where his well-organized campaign was outmatched by insurgent billionaire Donald Trump, and Sens. Ted Cruz and Marco Rubio.

The son of George H. W. Bush and brother of George W. Bush entered the race to huge expectations in June, and quickly fueled them with fundraising. Working with a super PAC that has supported his candidacy, Bush and allies raised more than $150 million by the end of 2015 — far more than any of his GOP rivals.

However, Bush’s presence in the race and fundraising potential wasn’t enough to dissuade more than a dozen other Republicans from entering the race, including fellow Floridian, Sen. Marco Rubio.

Bush’s failure to ignite was not simply a factor of the size of the GOP field. Bush, like others, was caught off-guard by the durable popularity of political outsiders — particularly Trump.

The final stage of Bush’s campaign became an all-out bout with the outspoken real estate mogul — the two frequently referring to each other as a “loser.” Bush took shots at Trump’s lack of experience while Trump attacked Bush’s family legacy, particularly the unpopular Iraq war waged by his brother George W. Bush.

Bush, meanwhile, offered himself as an experienced public executive and potential world statesman informed in part by his father’s and brother’s wartime presidencies. But it wasn’t a case strong enough to translate into votes.

There were other problems as well. The policy-oriented Bush was overshadowed in early debates by Trump and Rubio, which dramatically slowed his early autumn fundraising.

Bush went on to finish sixth in the Iowa caucuses, but barely squeezed ahead of Rubio in New Hampshire for a fourth place finish.

South Carolina was viewed as a last early voting state for Bush to make a mark.

Having previously kept his family at arm’s length, Bush brought all family ties to the forefront ahead of South Carolina. His father and brother both won the South Carolina primary when they were seeking the presidency, and he had set his hopes high there for a campaign revival.

Despite support for the Bush family among a segment of devoted South Carolina Republicans, Bush himself had a halting final week of campaigning. At a Wednesday town hall meeting in Summerville he was offered more advice than policy questions, the same day he learned South Carolina Gov. Nikki Haley had endorsed Ru