What Bernie's liberal critics miss: Attacking him as "unrealistic" is making a huge error

Paul Krugman recently took up a popular criticism of Sanders: That he's not "realistic." Only one problem... 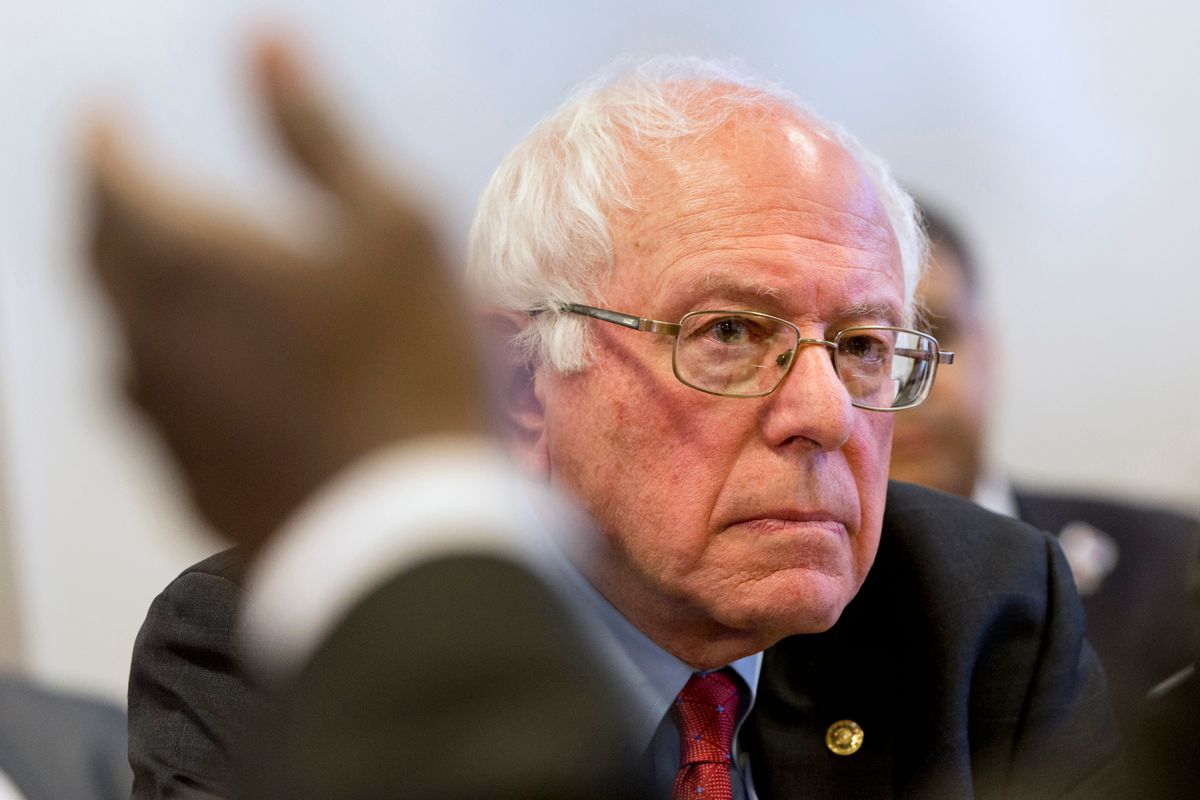 In the coming months, elites in the Democratic Party will surely find all manner of justification for their vague distrust of Bernie Sanders. But understanding the real origin of this mistrust isn't hard: just imagine how awkward it must be to discuss Sanders' full-throated indictment of the shamelessly rich if you exist within a certain sphere of the Democratic establishment. Speaking too plainly about the bald, gluttonous concentration of wealth among America’s richest citizens is self-evidently gauche when one’s trying to enjoy the Crispy Black Bass and Braised Veal Cheek “Surf & Turf” at Le Bernadin — particularly if the meal is being footed by a wealthy friend or benefactor.

Suffice it to say, the sober voices of well-compensated moderation do not like Bernie Sanders' proposals. Influential liberals like Paul Krugman of the New York Times and Neera Tanden of the Center for American Progress are not fans of the candidate's lofty rhetoric. No, Sanders' style is simply below the very serious realists of the Democratic Party. He's making impossible promises, employing the dreaded "unicorns" and "magical thinking" of those vile Republicans. (It’s telling that in Krugman’s most full-throated critique of Sanders’ proposals, he whines that “it would probably create many losers as well as winners — a substantial number of Americans, mainly in the upper middle class, who would end up paying more in additional taxes than they would gain in enhanced benefits.” There's Krugman, bravely imploring his New York Times readership to find it in their hard hearts to pity the poor upper middle class. Such bravery. Such panache.)

"Facts have a liberal bias," these self-proclaimed members of the "reality-based community" have long insisted. This specific brand of self-flattery, central to the mythology that technocrats have constructed for themselves, insists that it's far better to be perceived as cynically pragmatic than to risk being mocked by the rest of the chattering class. That the Republican Party has had enormous success throughout the last few decades employing exactly the brand of ideologically-coherent promise-making Sanders has adopted is summarily ignored.

At their heart, appeals to moderation willfully ignore an obvious and indisputable aspect of our presidential system: the ahistoric procedural tactics marshaled by the Republican Party to accomplish their objectives are adopted because they usually work. And despite brief episodes of political blowback when the party reaches too far, Republicans have done incredibly well for themselves by pushing the limits of acceptable political behavior to their advantage. As our political parties became increasingly ideologically homogeneous, American politics was transformed into a massive, catastrophic Prisoner's Dilemma.

The Prisoner's Dilemma is a famous game that outlines how two seemingly-rational parties can behave in a manner that's mutually self-destructive. Here are the basic rules: Two parties play as criminals under interrogation. Both are being questioned in separate rooms, and if neither implicates the other, both will go free in a short time. But if only one implicates their co-conspirator, only the snitch will be free, while the other is handed a lengthy prison sentence; if the conspirators implicate one another, they’ll both spend the maximum time in prison. The problem for players in this game is twofold: not knowing for certain what your co-conspirator will do, and not trusting your co-conspirator to work toward the common good.

With regards to the politics of cynicism, brinksmanship, and mounting constitutional crises, the Democratic Party is the proverbial prisoner who's still holding out hope that their craven co-conspirator will cooperate — this, despite all evidence to the contrary.

Suppose that the Democrats only resort to extreme tactics — fiscal brinksmanship, judicial stonewalling, Senate filibusters, etc. — after the unwritten rules discouraging such behavior have already been broken by their Republican opponents. If we're being especially generous, perhaps we view this reluctance as evidence of the party’s noble sobriety — and not, say, something as simple as bad tactics. Even if that interpretation is true, so what? If the Democrats will still agree to play by the new ugly rules of political reality once the norms are cast aside, what does refusing to play hardball in the first place really accomplish — besides giving the Republicans the political equivalent of one free punch before the fight?

Consider briefly the appointment of Antonin Scalia's eventual successor: Imagine if circumstances were reversed, and a Republican president wanted to replace a liberal justice with a principled conservative, but the Democrats controlled the Senate. Would they refuse to hold hearings on any and all appointments until after the next election? Some on the left would favor this strategy, but the Paul Krugmans of the world would side with moderation, as they always do. Let's respect tradition and institutional norms, they'd likely suggest. We are the "reality-based community," after all, immune to the cynical extremism of both left and right. Sure, we may lose another fight, rolling over to allow an ideologically rigid conservative onto the bench for another three decades, but we helped preserve American democracy from its worst impulses. No matter that this noblesse oblige only delays the inevitable, only forces the fight onto the next Supreme Court appointment, when the circumstances may be reversed and Republican leadership will demonstrate no compunctions about delaying an appointment inevitably to get its way.

This impulse on the Republican side is not healthy, make no mistake, nor is it conducive to the operation of an effective government capable of basic function. The problem for Democrats is that this nightmare scenario is basically already upon us. As Scott Lemieux noted recently in The New Republic, if the balance of power in Washington remains unchanged after the election (a very real possibility) there's no reason to assume that the Republican Senate will have any greater incentive to name a replacement for Scalia than they do now. Allowing the Supreme Court to remain with only eight justices for five or nine years might seem insane or impossible at the moment — and perhaps Senate Republicans will decide to work with President Obama to appoint a moderate and avoid electoral blowback. But perhaps not? The point is that our system is structured in such a way as to make the possibility of a full-on constitutional crisis as likely as one party simply desiring to cause one.

The Prisoner's Dilemma is a brutal game because it’s such a powerful indictment of principled behavior: Unless you can really trust your co-conspirator, keeping quiet is a sucker's game. If you're gonna do the time, might as well bring that jerk in the other room down with you.

Powerful Democratic surrogates like Krugman love to differentiate themselves from those kooky Republicans: A recent Twitter meme compared the talking points of the two parties' debates as evidence of this basic superiority. And the divide in tone between the two parties is striking. But what's being implied — that one party is full of Serious People and the other party is not — only serves to flatter those making the argument. Democrats have been crowing about their seriousness for decades, and yet their party has been losing electoral ground nationally the whole damn time. The Democrats' reluctance to use extreme procedural tactics until after the Republicans have broken prior norms is sensible only if winning itself is less important than slightly delaying the inevitable degradation of our politics into complete and utter gridlock.

Perhaps such a goal is noble. But it's telling that the same left-of-center voices who are so offended by Sanders' rhetorical tactics seem oblivious to the actual stakes involved. When Democrats refuse to play dirty, no matter how noble their reasoning, they will always inevitably become the sucker. Sanders seems to implicitly understand this aspect of the game. Krugman? Well, he's just not living in reality.