Donald Trump declares that, should he win, he will prosecute Hillary Clinton because "she seems guilty"

Sean Hannity did not, of course, correct the Donald as to the legal standards for prosecution 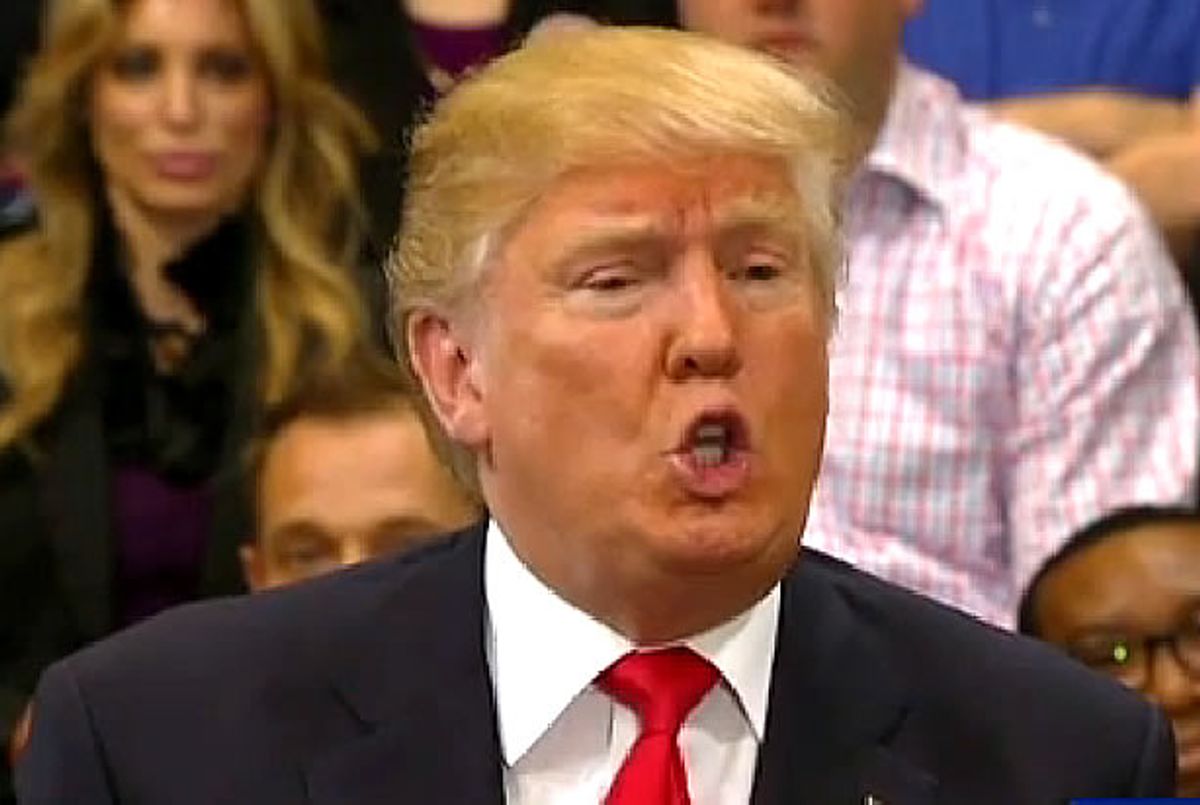 Hannity asked if Trump would order his attorney general to investigate Clinton if he wins the White House in November, and Trump said he would "have no choice," because "in fairness, you have to look into that -- she seems guilty."

He momentarily tried to walk his comment back, saying, "but you know what, I wouldn't even say that," before saying what he just said he wouldn't say again. "But certainly, it has to be looked at," he said. Trump later added that "she's being protected, but if I win, certainly it's something we're going to look at."

Moreover, he argued, "if a Republican wins, if I'm winning, certainly you will look at that as being fair to anyone else. [It is] so unfair to the people that have been prosecuted over the years for doing much less than she did."

Watch the entire town hall below via Fox News.