Air travel is hell — and it's only getting worse: Bench seats are the new "solution" to cramming as many bodies as possible onto a plane

Want to make the skies friendlier? Turning airplanes into flying subways, apparently, is the industry answer 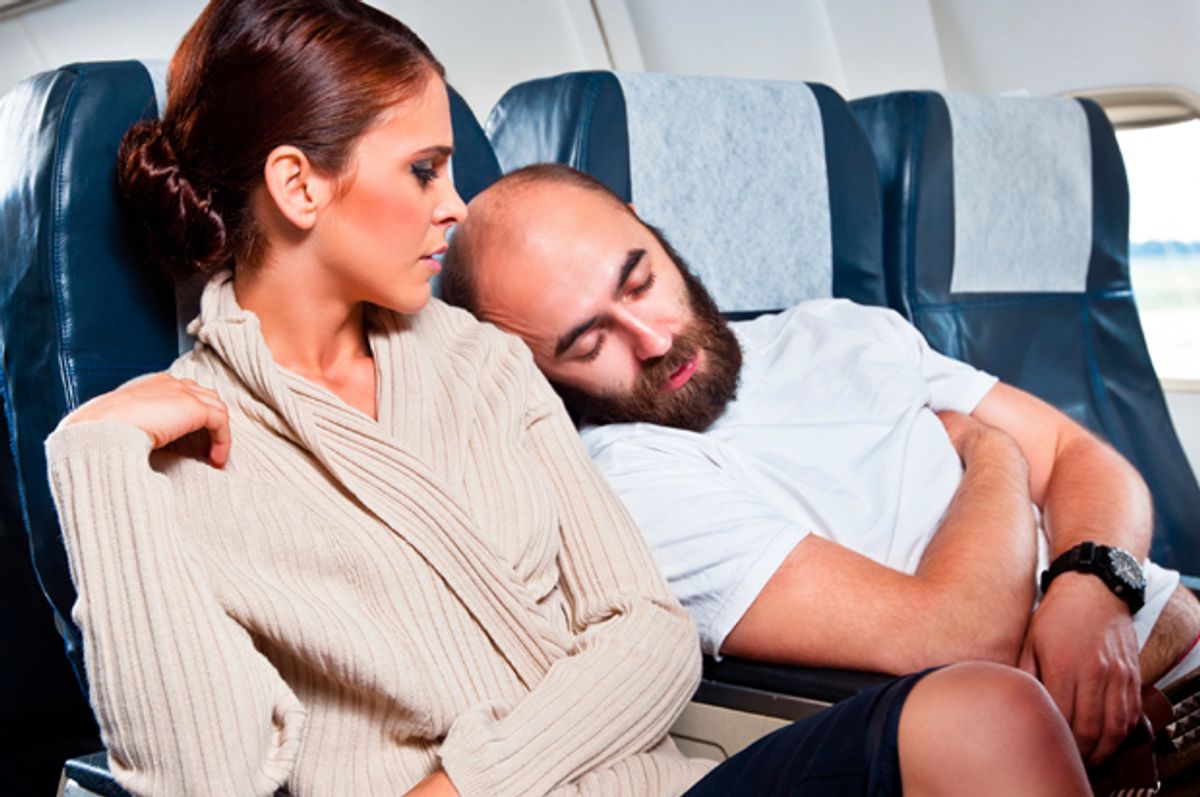 Maybe the answer here is to make flying more like sitting in the back seat of the car? That's what Airbus would like you to consider.

If you've ever wondered why your airline experience has become more unpleasant and uncomfortable over the past few years, here's some basic math to explain at least one of the reasons. The CDC estimates that more than one third of Americans are currently obese —  and despite concerted public health efforts over the past several years, those obesity rates are still rising. Your airplane seat, meanwhile, is getting smaller. As Fortune noted just last fall, average legroom has shrunk from 35 inches in the 1970s to 31 inches — and more uncomfortably, seat width has been whittled from 18 inches to just over 16 inches. And while consumer groups have begun advocating for more space, here's more math for you: Airlines know that cramming the maximum number of bodies in the minimum of space leads to the greatest possibility for profit.

So in much the same way that hopefully keeping your college era jeans in the back of the closet will not return your butt to its sophomore year size, it's time to acknowledge that squeezing increasingly larger human beings in smaller airline seats will not magically make them fit into them. It's time to do something different. As CNN reports, airplane manufacturer Airbus is now considering taking a cue from other forms of transport and replacing single seats with rows of benches.

Over the past few years, the land grab for airplane space has become impossible to ignore. In 2010, discount airline Ryanair proposed standing room space on its fleet as a means of saving space and money. The strapped in "vertical seating" plan was met with safety concerns, and has yet to be implemented. And three years ago, Airbus was behind a media campaign to widen seat size to 18 inches, saying that "If the aviation industry doesn't take a stand right now, then we risk jeopardizing passenger comfort into 2045 and beyond." But with no reforms in sight, the company this month has filed a patent for a "reconfigurable passenger bench seat" to accommodate fliers of all dimensions — from small children to plus-sized adults. The filing declares that "The layout of the passenger seats arranged in the passenger cabin... should be as flexibly, rapidly and easily re-configurable as possible."

With efficiency does not always come comfort, and a bench system would rule out reclining your own seat — as well as inviting a degree of closeness with your seat mate you may not have signed on for. (The Airbus plan does not seem to have taken personal safety into consideration.) But with airlines lately finding themselves having to apologize for ejecting overweight passengers — and famous names like Quinton Aaron and Kevin Smith openly sharing their humiliating air travel experiences — something's got to give. And who wouldn't choose a modicum of sensitivity and a bench in the sky over being grounded for not fitting in?