Since Iowa, Sanders has overtaken Clinton for the majority of the month in the Reuters daily tracking poll 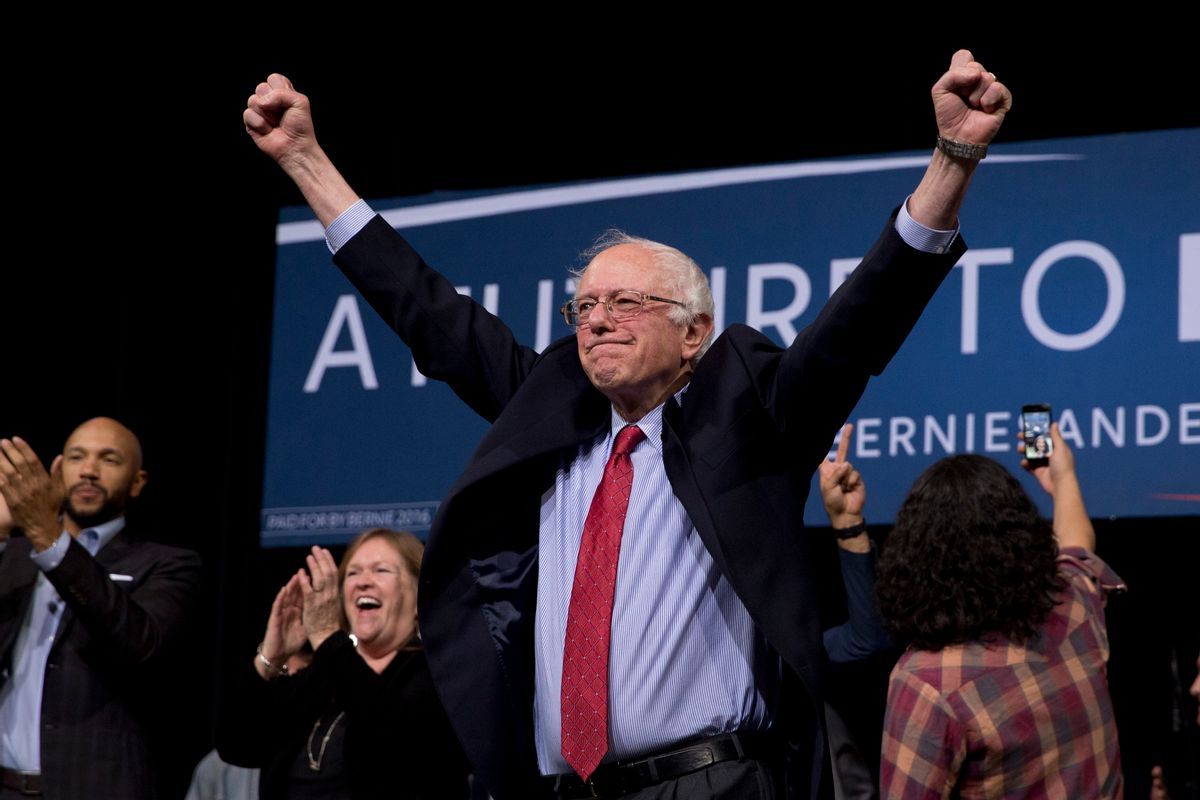 Bernie Sanders finds himself in a familiar place once again. Far away from home on the campaign trail in South Carolina and Missouri on Wednesday, Sanders is once again fighting off a rush of pundits and political talkers looking to write off his presidential campaign after an upset in Nevada last weekend -- but according to one new national poll, Sanders has only been growing more popular all month.

"What I would ask of the media," Sanders said during a press conference in South Carolina Wednesday morning, "is not to look at it state-by-state."

"Clinton is still in the lead, but her lead is narrowing," Sanders said, arguing his campaign is still on the "path to victory."

And new national poll from Reuters showing Sanders leading Hillary Clinton by 6 points among Democrats — his largest lead of the primary so far -- backs him up.

According to the poll of 998 voters from across the country over five days released on Tuesday, Sanders has the support of 41.7 percent of Democrats compared to Clinton’s 35.5 percent.  A Reuters/ISPOS poll conducted earlier this month, immediately following the Iowa caucus, found Sanders had jumped from 30 percent support at the beginning of the year to 43 percent support, all but vanquishing Clinton's commanding lead. Reuters also features a daily tracking feature which illustrates that Sanders has led Clinton nationally for a majority of days in February.

And it isn't just Reuters that shows Sanders with a national edge over Clinton. A Quinnipiac national poll released last week showed Sanders two points ahead of Clinton, as did a Fox News poll released on Friday. In fact, according to RealClearPolitics polling averages, Sanders is gaining ground on Clinton at roughly the same pace Barack Obama did in 2008 as the then Illinois senator was leading Clinton nationally by only 3 points between February 22 and February 24, 2008.

Although the next Democratic showdown does not look promising for the Sanders campaign, the Vermont senator looks to blunt any sense of momentum Clinton may have after a win in both Nevada and South Carolina by picking off crucial Super Tuesday states. Sanders has been steadily gaining ground in Georgia and Texas, which award approximately 20 percent of total delegates between the two of them.

In the critical swing state of Colorado, where Sanders once trailed Hillary Clinton by as much as 28 points prior to the Iowa caucus and New Hampshire primary, Sanders is now ahead of Clinton by 6 points, according to one poll. In Massachusetts, Sanders is leading Clinton by 7 points, according to a Public Policy Poll poll conducted between February 14 and February 16. And the same PPP poll that had Sanders ahead in Massachusetts also shows Sanders with an insurmountable 76-point lead in his home state of Vermont.

Still, Sanders has some serious work to do in states with large black electorates — Clinton is leading in 10 of those 12 early primary states surveyed by PPP.