Pregnant Chrissy Teigen shuts down haters who don't understand fertility science: "I also picked the embryo with a taste for bacon" 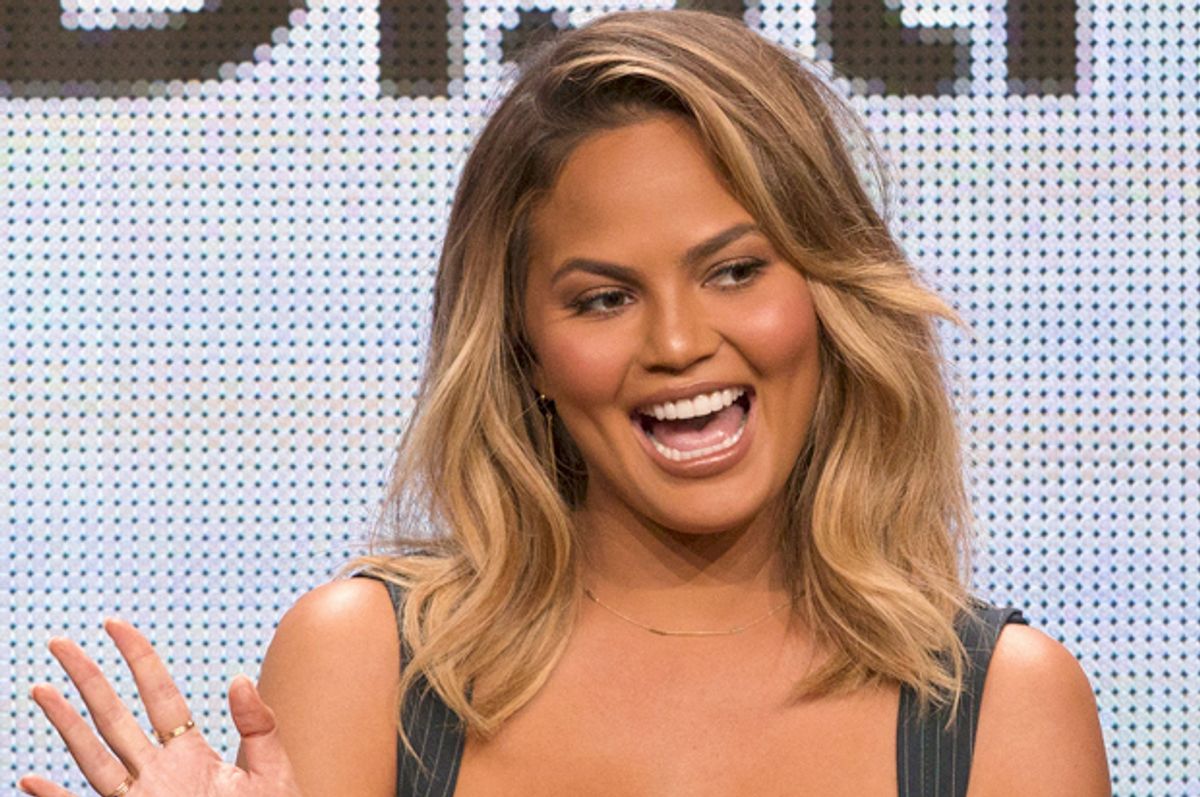 When you consider that as many as 42 percent of Americans are creationists, that none of the Republican presidential candidates for president accept that climate change is a thing, that there here in the 21st century there are allegedly adult individuals who believe the earth is flat and that vaccines cause autism, you can understand that even the most rudimentary of scientific facts remain elusive to many. So perhaps it wasn't surprising that when model, "Lip Sync Battle" co-host and best person on Twitter Chrissy Teigen told People this week that she and her husband John Legend had chosen the sex of the baby they're expecting, the crackpots went into an uproar.

Over the past several months, Teigen — as well as fellow model and new mom Tyra Banks —  has been inspiringly candid about the often rocky road to making a family. Last September, Teigen admitted, "I will say, honestly, John and I were having trouble. We would have had kids five, six years ago if it happened. But my gosh, it's been a process. We've seen fertility doctors."

A month later, though, she happily announced she was expecting, saying, "It hasn’t been easy, but we kept trying because we can’t wait to bring our first child into the world and grow our family." In December, she revealed that just minutes after shooting the cover of Vogue Thailand, "John and I learned we were having our little baby girl!"

Then this week, while promoting her new cookbook, Teigen explained to People that "I’ve made this decision. Not only am I having a girl, but I picked the girl from her little embryo. I picked her and was like, 'Let’s put in the girl.'" She added, "I think I was most excited and allured by the fact that John would be the best father to a little girl.… I think he deserves a little girl. I think he deserves that bond. A boy will come along. We’ll get there too, so it's not like we really have to pick. But he definitely is very lucky to have a little girl. And this girl is going to be so completely lucky to have John as her papa — it’s crazy!"

Oh, lady, that's not what's crazy — the outraged reactions are. As soon as the hatersphere got wind of Teigen and Legend's choice, it rained rude and stupid.

It ought to be obvious that directly replying to a pregnant woman that "I do think it's sad people would pick a specific gender / prefer a specific gender" is not cool, and that declaring, "Maybe you weren't supposed to have a kid" is beyond the pale. But Teigen handled it all like a boss, using the flurry of attention as an opportunity to educate — and to do so with a sense of humor.

"What year is this!?" she asked her Twitter followers Wednesday. "And for the record, I am always happy and open to speak on infertility. The more casual, the better! I don't mind…. I also picked the embryo with a taste for bacon, a knack for magic and size 7 feet so she can always find shoes."

She continued, "I've already created embryos with a doctor. only after must it be random?… so many typos, my apologies. pretty under the weather. probably this darn science baby…. "

She went to explain, clearly, "from reading everything tonight, i think i made a mistake in thinking people understood the process better than they do, which is my fault. we didn't create a little girl. we had multiple embryos. girls and boys. we simply chose to put in a female first (and second)... we didn't 'throw away' anything and still would love to have more of both in the future. hard to explain such a complicated process here. you'd be surprised at how many people you know go through this. also every doctor knows the sex of the embryos, it isn't some grand secret."

And to the woman who called her a "stupid bitch," she replied, "Natural or ivf, my daughter will never speak to another human like this." But my personal favorite was her one size fits all tweet: "what...what...what if....your GIRL wants to...be......chem trails.....and cis....and....vegan...and....other buzzwords…." GAME OVER.

If you don't understand all the different ways that babies can be made these days, feel free to go ahead and ask. Or just Google it! But if you can help it, don't be an ignorant Internet monster. Because not everyone's as cool as Chrissy Teigen, who graciously acknowledged Thursday that "most people have been really really awesome." But no parent to be, expecting a hoped-for and already loved child after struggle and hardship, should have to endure the hateful stupidly of strangers.