Did Adam McKay just call out the Koch brothers on the Oscars stage?

When accepting the Academy Award for best adapted screenplay for "The Big Short," director McKay got political 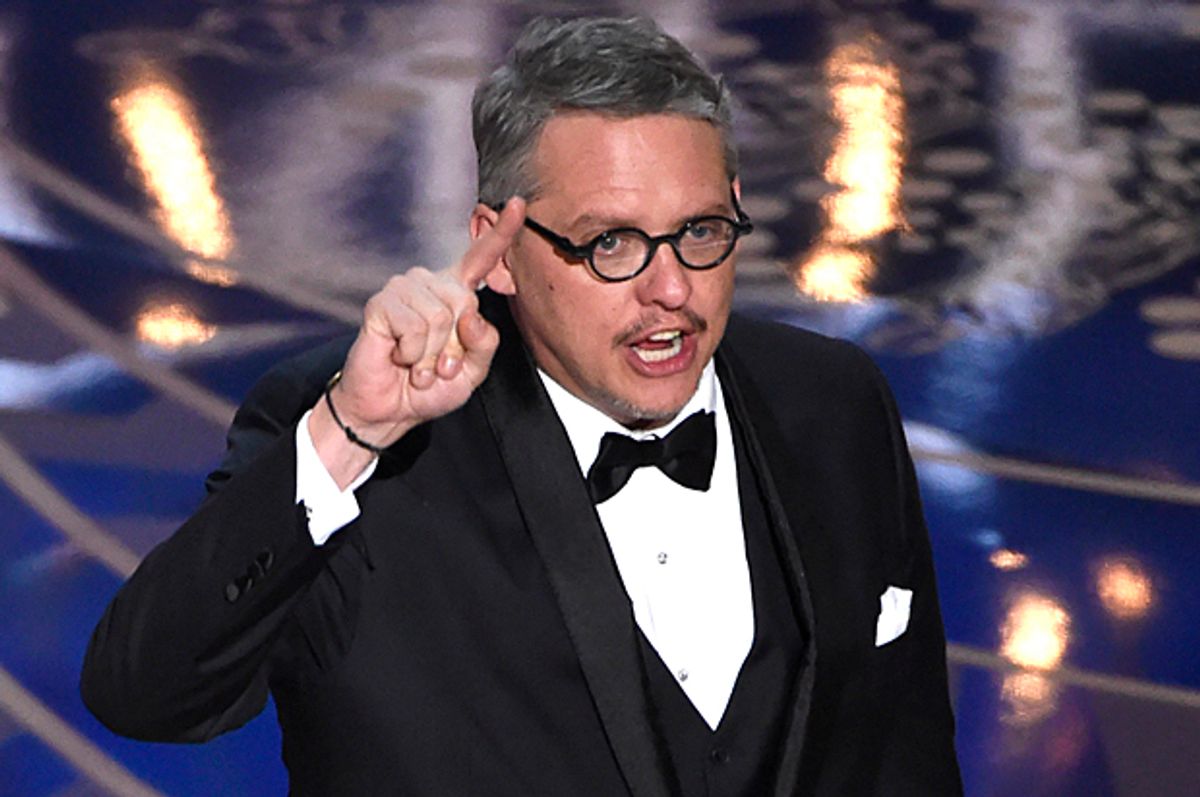 Adam McKay accepts the award for best adapted screenplay for “The Big Short” at the Oscars, Feb. 28, 2016, at the Dolby Theatre in Los Angeles. (AP/Chris Pizzello)
--

For those of us waiting for a movie that took on Wall Street excess and assigned blame to the people who generated the Great Recession, "The Big Short" has been the answer to prayers.

So it only made sense that Adam McKay and Charles Randolph, accepting the  best adapted screenplay award, would toss out one of the night's best and post political lines so far.

Nice line! He could have made it more succinct just by naming the Koch Brothers, though, who've said they will spent close to $900 million on this campaign. In Hollywood that only funds a handful of movies. But in politics, that's still real money.

Does it get any more "weirdo" than brothers whose family fortune was made by an ultra-conservative father involved in Stalin's First Five-Year Plan?