VP Joe Biden speaks out at Oscars against sexual abuse: "We must and we can change the culture"

The vice president introduced Lady Gaga, who performed her Oscar-nominated song "'Til It Happens to You" 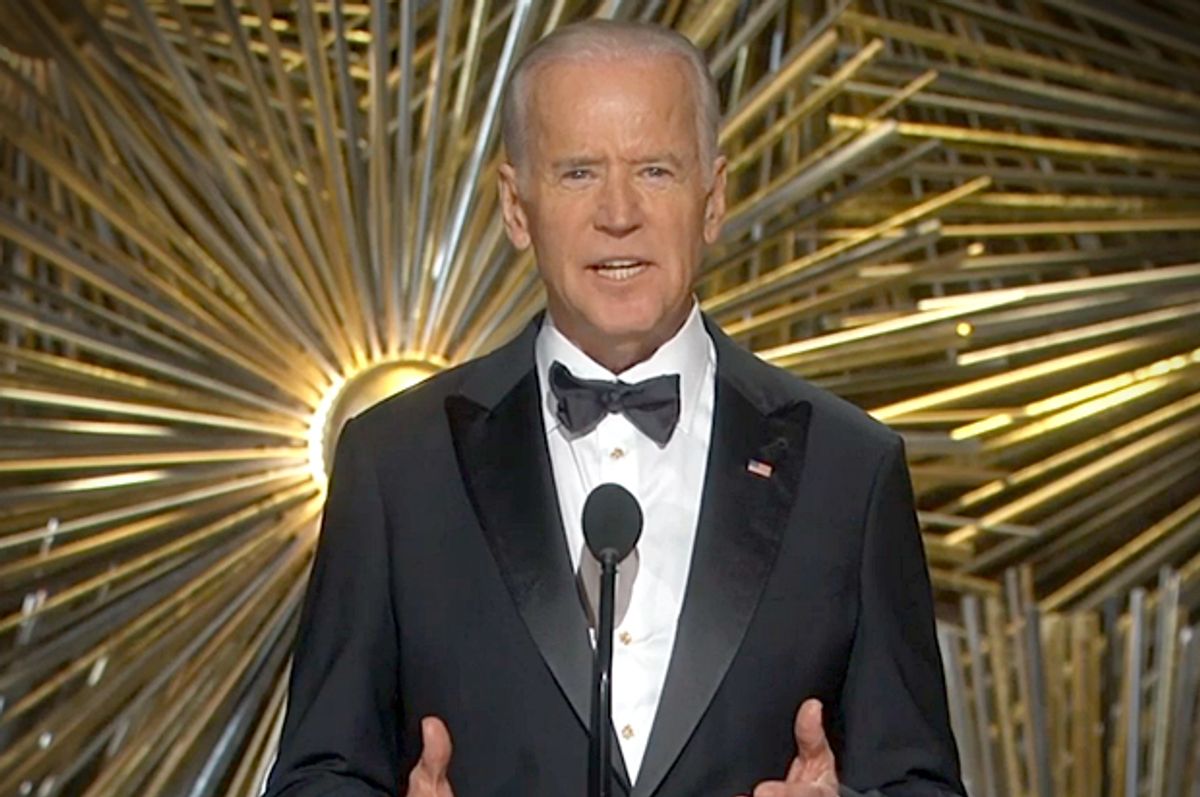 Joe Biden has certainly put his foot in his mouth more than his share of times. But his Oscar appearance was pitched just right, as he spoke about sexual assault. This could have gone very wrong, but he delivered it just right.

"I’m asking you to pledge: I will intervene in situations when consent has not or cannot be given," he said. "Let’s change the culture. We must and we can change the culture so no abused woman or man like the survives you will see tonight ever have to ask themselves, 'What did I do?' They did nothing wrong."

"I’m sincere. Take the pledge." He directed the audience to ItsOnUs.org to find the pledge.

Biden led into a stirring performance by Lady Gaga -- herself a survivor of sexual assault -- who performed the nominated song she co-wrote with Diane Warren, "Til It Happens To You" (from "The Hunting Ground") with other survivors onstage with her. It was one of the night's best moments — the live audience gave a rousing standing ovation: