"By the end of tonight, we are going to win many hundreds of delegates": Bernie Sanders reminds voters that Super Tuesday is not "winner-take-all"

Speaking in his home state, Sanders told voters that, regardless of tonight's outcome, he's in it for the long-haul 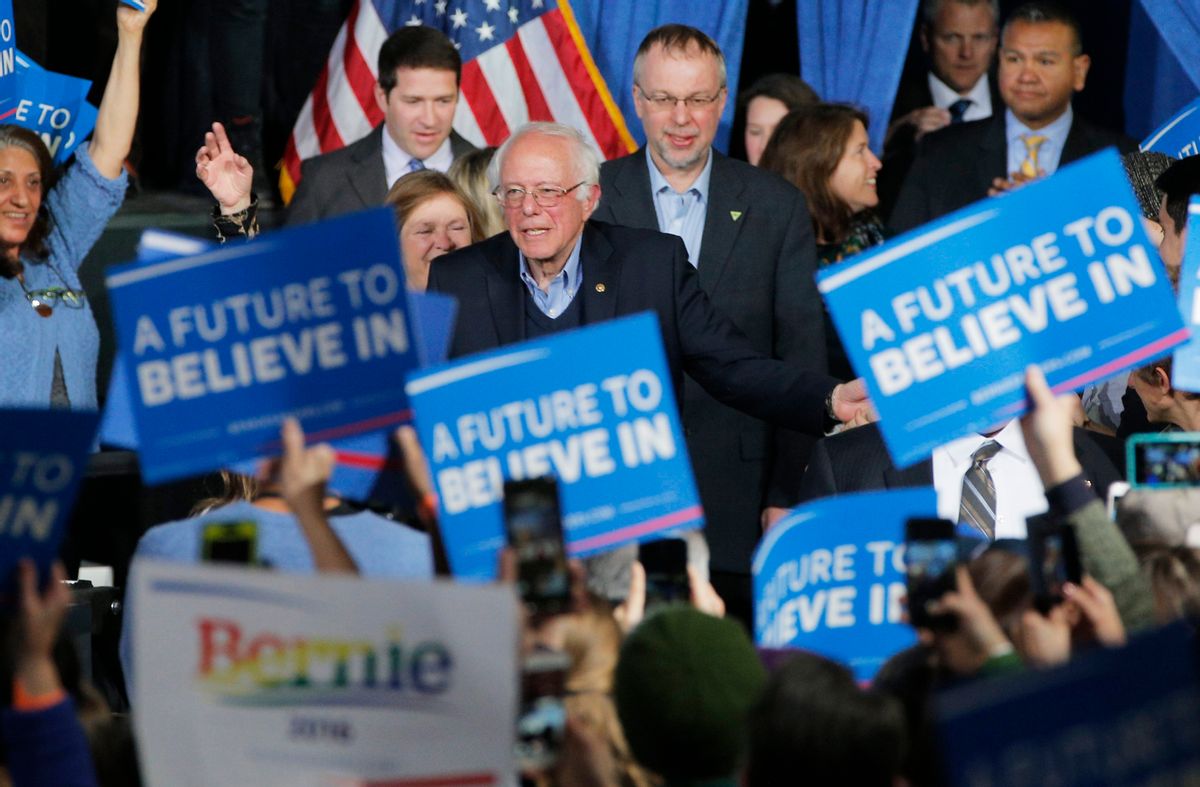 Bernie Sanders  spoke to an ecstatic hometown crowd at a rally tonight in Essex Junction, Vermont after winning the primary in his home state.

"It is good to be home," Sanders began, his voice clearly hoarse from speaking rally after rally. "In Vermont, billionaires do not buy town meetings. And in America, we are gonna end the corrupt campaign finance system."

"This campaign ... is about making our great country the nation that we know it has the potential to be," Sanders said. "It is about dealing with some unpleasant truths that exist in America today -- and having the guts to confront those truths."

Relative to its Republican counterpart, the Democratic race has remained cordial even in the lead-up to Super Tuesday. Sanders made only two mentions of his primary rivals  — Hillary Clinton and Donald Trump.

"I know that Secretary Clinton and many of the establishment people think that I am looking and thinking too big," Sanders first said of his Democratic opponent. "I don't think so." Hardly worth mention in contrast to the ongoing Trump-Rubio roast.

"What the political revolution is about is bringing our people together: black and white, latino, Asian-American, gay and straight, people born in America, people who have immigrated to America," Sanders continued, urging voters to "not allow the Donald Trumps of the world to divide us up."

"Tonight you're gonna see a lot of election results come in, and let me remind you of what the media often forgets about: this is not a general election, it's not winner-take-all," Sanders warned supporters. "By the end of tonight, we are going to win many hundreds of delegates."