Clinton and Trump strong in the South but Sanders, Cruz and Rubio all nab election night victories 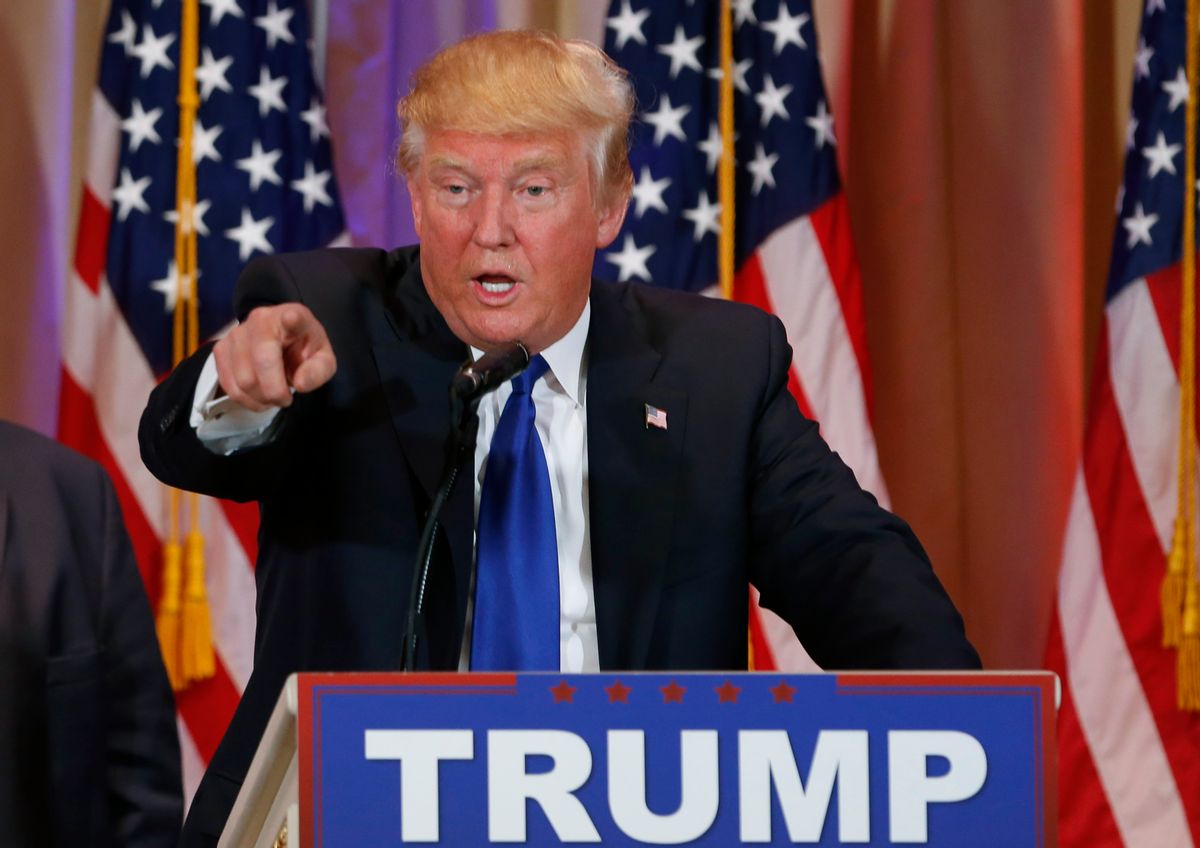 All of the Super Tuesday polls have closed and according to early projections, Hillary Clinton outperformed nearly all of the polls, cementing her position as the presumptive Democratic nominee with strong wins in the South and a surprising victory in Bernie Sanders' backyard, Massachusetts. On the Republican side, while early returns looked troubling, Donald Trump's dominant momentum may have finally been slowed, but certainly not in time to muddy his path to the GOP nomination.

Despite being one of the first states to close its polls, Vermont wasn't called for Donald Trump until after Super Tuesday was over, shortly after 12am on Wednesday. Trump was able to hold off John Kasich and add the New England state to his win column. Trump ended Super Tuesday with seven wins (and a likely win in Alaska) to Cruz's two victories and Marco Rubio's first and only win.

Bernie Sanders also won two additional caucus states, as he is the projected victor in both Colorado and Minnesota.

Two states that were too close to call earlier this evening have now fallen into the win column for dominant frontrunners Clinton and Trump. In a blow to the Sanders campaign, Clinton is projected to squeak out a significant win in Massachusetts, a state the Sanders campaign targeted to win. Arkansas has gone from too close to call to a win for Trump.

Seven races are still to be called, including caucus state Minnesota, where Sanders is currently leading in an early count.

In a bizarre victory press conference, Trump took the stage at his Mar-A-Lago home, grabbing all three major cable outlets for extended coverage of his rambling, and abrupt pivot to the general election. Trump continued his attacks on Marco Rubio while he attempted to sell himself as a unique "unifier" who can win a considerable amount of support from black and Latino voters.

“I do congratulate Ted Cruz because I know how hard Ted worked in Texas,” Trump said, acknowledging his frenemie's first win of the night. Cruz also won in Oklahoma.

Once Cruz finally got the opportunity to take the stage at the Redneck Country Club, a Texas restaurant owned by a supporter and right-wing talk radio who is fond of blackface, he opened his remarks to a rowdy crowd with more stale, predictable attacks on President Obama.

"In 324 days, Marine One will depart Washington, D.C. with a very important dignitary on board: Former President Barack Obama," the Texas senator said, stating the obvious. "Jan. 20, 2017 will be Obama's last day in office and on that day we will have a new president."

Cruz eventually focused on his actual opponent, claiming Trump "has been part of the Washington corruption for 40 years."

Ted Cruz has won his home state of Texas while Hillary Clinton easily took the Lone Star State on the Democratic side, winning every group expect for white men, voters who describe themselves as "more liberal, self-described Independents and young voters, according to exit polls.

In a bigger blow to Marco Rubio's argument that he is the only candidate suited to take on Trump than perhaps losing Virginia to Trump by such close margins, Cruz also won his third election of this primary season after Oklahoma was finally called moments ago:

On the Democratic side, NBC News projects Bernie Sanders the winner in the Oklahoma caucuses, his second state of the night.

Shortly before 9pm, Clinton took the stage at her victory rally in Miami, Florida, set to vote on March 15. An energetic crowd chanted "Hillary, Hillary" and "U.S.A., U.S.A.," as Clinton pitched her general election pivot of a campaign based on "hope and kindness" to combat likely Republican presidential nominee Donald Trump's campaign of "bigotry and hate."

“I personally believe America is, and always has been, great. What we need to do together is make America whole again," Clinton said, taking on Trump's signature trademark.

In his address to supporters early after polls closed in Vermont, Clinton primary rival Bernie Sanders thanked his home state for his first Super Tuesday win and noted that "at the end of tonight 15 states will have voted, 35 states will remain," vowing to take his campaign "to every one"

After initially calling the Republican race in Virginia too close to call when polls closed at 7pm E.T., Fox News has just declared Trump the winner:

Clinton, the former first lady, is projected to win in Arkansas. The race is too close to call on the Republican side, however. Perhaps another early warning sign for the Trump campaign, but the candidate is already boasting of his big night on Twitter:

The next round of polls close at 9pm E.T.

The so-called SEC primaries have proved to be the southern block of support for the Trump campaign that the blustery billionaire had hoped for, with big wins in Alabama and Tennessee, adding to his early win in Georgia and putting a stake through the heart of Ted Cruz's early campaign strategy.

Trump was also declared the winner of Massachusetts at poll closings. It is still, however, too close to call the race in either Virginia or Vermont.

On the Democratic side, Clinton also added to her comfortable firewall in the South with wins in Alabama and Tennessee. However, unlike with the Republican race, it is too early to project a winner in Massachusetts in the Democratic primary.

In Virginia, however, while Clinton has been called the projected winner, it remains too close to call on the Republican side. Marco Rubio's campaign has put forth a massive effort in recent days to claim the state as the first it can win and according to MSNBC exit polls, late deciders are favoring Rubio by healthy margins over Trump after the freshman Florida senator finally engaged in Trump-style negative campaigning over the weekend.

Another sign of a long night for the Trump campaign is the too close call status on the Republican race in Vermont, with Ohio Governor John Kasich competing with Trump for first place. On the Democratic side, as expected, Sanders took his home state, where he is expected to take the stage at a concert and rally shortly.

Sanders' rival's wins in the south, like her massive win in South Carolina, are significant because she lost both Virginia and Georgia to Barack Obama in 2008. She lost Georgia to him by 36 points and by 19 points in Virginia.

The next round of polls close at 8pm E.T.