"He has disavowed on Friday, he disavowed today," Huckabee said, "I simply don't know" why he didn't Sunday 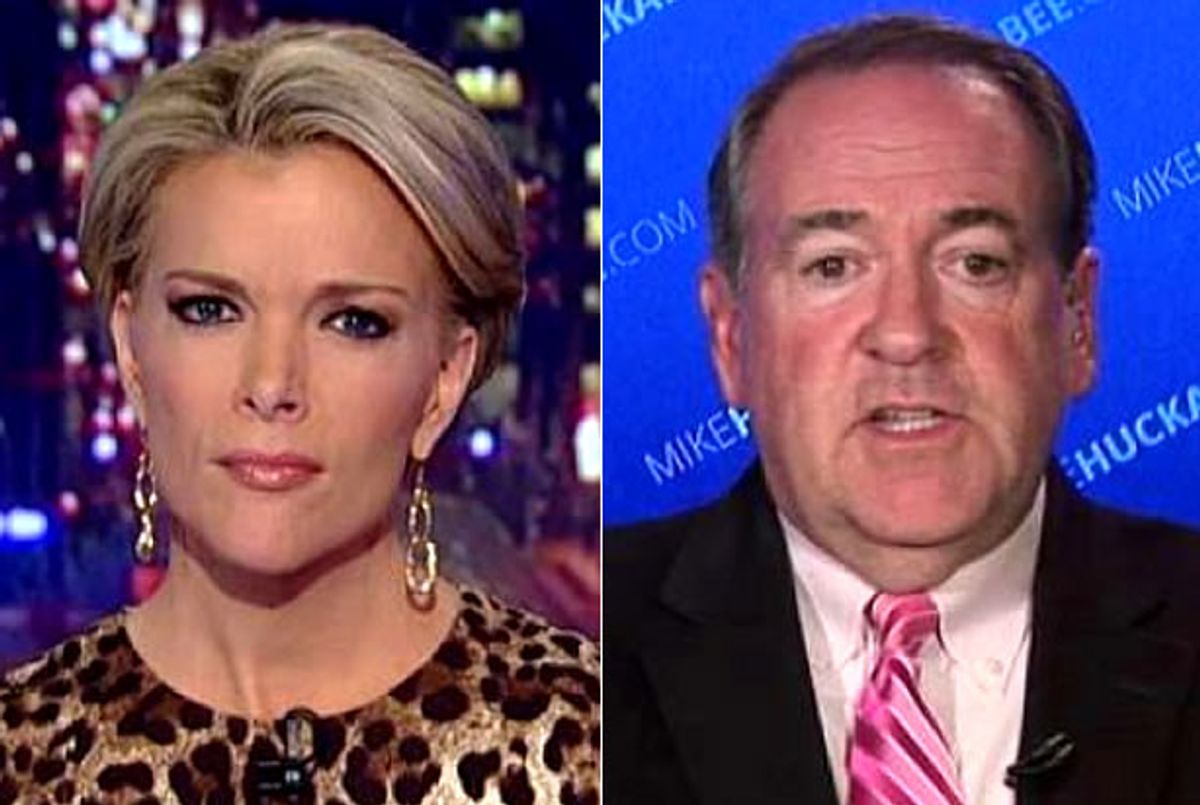 Huckabee professed to be "amazed" by Romney's rhetoric, especially in light of the fact that Trump has "repeatedly disavowed David Duke, disavowed the Klan. I don't think anybody seriously is suggesting that he is giving a wink and a nod at the KKK," even though his failure to condemn the organization immediately prior to Super Tuesday has been seen by many as being exactly that.

"They're a deplorable, disgusting, abominable entity," he added, as if he's never heard of political dog-whistles. "I just don't know of anybody who embraces them anymore except for a handful crazy people."

Kelly replied that "the very point you're making -- that it's such a no-brainer -- is what makes his response to Jake Tapper so confusing to many. Governor, you know what he heard. He repeated back 'David Duke' and 'white supremacists' to Jake Tapper so you at least know he heard that."

"He has disavowed Friday, he disavowed today," Huckabee replied. "I don't know why he didn't say it as clearly on Sunday to Jake Tapper. I simply don't know."