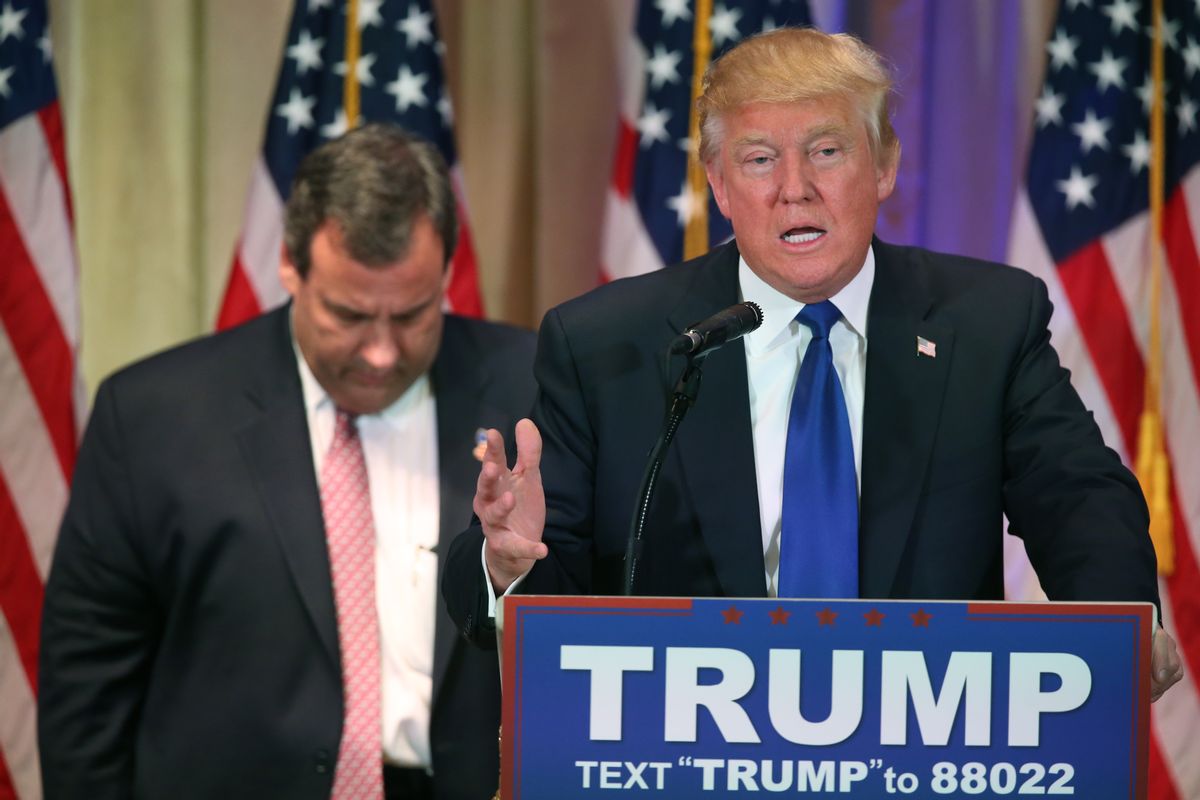 "I want to congratulate Ted on the winning of Texas ... It was an excellent win," Trump began, after a lame intro from Chris Christie, and before setting his sights on his opponents:

"I watched Hillary's speech and she's talking about 'wages have been poor' and 'everything's poor,'" Trump said. "She's been there for so long. If she hasn't straightened it out by now, she's not gonna straighten it out in the next four years. It's just gonna become worse and worse."

"I know it was a very tough night for Marco Rubio," Trump continued, pouring salt into his primary opponent's wound. "He worked hard, he spent a lot of money; he is a lightweight, as I've said many times before." (Trump later admitted that he liked Rubio until the "about a week ago" when "he became Don Rickles, but Don Rickles has a lot more talent.")

Trump promised to spend a lot of time in Rubio's home state of Florida in the coming weeks, in an effort to combat "the special interests" and "people who want to have their little senator do exactly what they want," who he said plan to dump $20-25 million into the Rubio campaign between tonight and the primary.

After a brief stump speech and some jabs at his opponents (i.e. Clinton and Rubio), Trump took questions from reporters.

In response to a question about his gradually more moderate stance on Planned Parenthood, Trump called himself "a common-sense conservative."

Asked whether he'd be able to get along with Congress -- specifically House Speaker Paul Ryan, who criticized Trump's KKK-neutrality -- Trump said, "I don't know him well, but I'm sure I'm gonna get along with him, and if I don't, he's gonna have to pay a very big price."