Marco Rubio is out of excuses: A feeble Super Tuesday leaves the GOP establishment favorite on the brink

Marco Rubio finally won a state, but he missed out on a ton of delegates and is struggling to prove he's viable 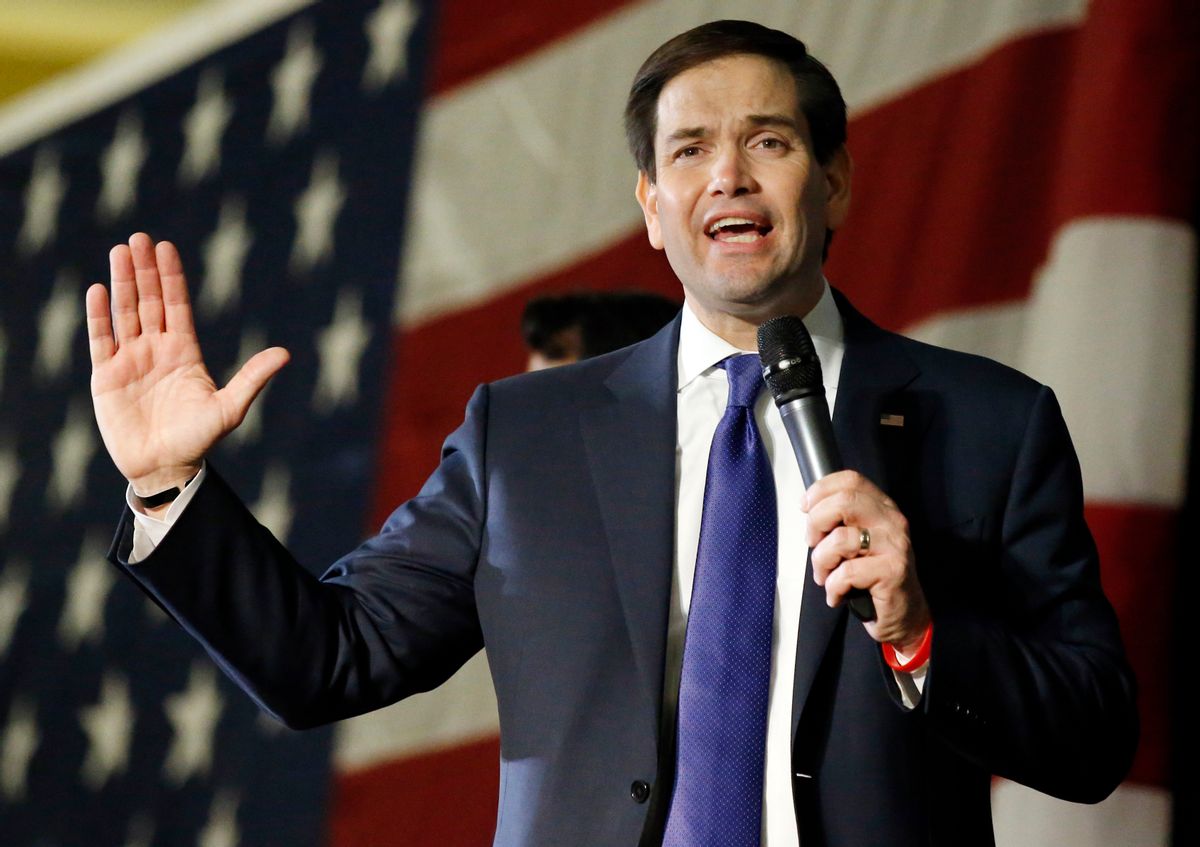 The allure of Marco Rubio as a presidential candidate has always been rooted in the promise of future victory. To believe strongly in the Rubio cause, you must understand that winning the moment is a fool’s desire, something to be shunned and mocked. It is the victory that hasn't happened yet that matters most, the one you can’t see no matter how hard you squint, but you nonetheless know is there. As we came up on the Iowa caucus, Sen. Rubio insisted he did not need to win because his time to win would come later, in South Carolina. When he did not win in South Carolina, the eyes of the pro-Rubio faithful angled westward to Nevada, where winning once again seemed plausible. Victory there eluded him as well, but no matter, because he could probably do well in Super Tuesday states like Virginia and Georgia. His campaign even teased reporters as polls were closing that he could win as many as four states.

But, alas, Rubio once again flopped. In one of the most apt metaphors of the election cycle, wealthy Republicans in DC’s Virginia suburbs – the living, breathing GOP establishment – turned out in droves for the favored candidate of the party elite, and they still came up just short of beating Donald Trump. In pretty much every other Super Tuesday state, Rubio finished a disappointing third and missed some critical statewide thresholds for winning delegates he desperately needed. His only bright spot of the evening was in Minnesota, which gave him his first statewide win late in the evening. But by that point he’d already given a defiant and divorced-from-reality speech about how – you guessed it – victory is just beyond the horizon, this time in Florida (where Trump leads the polls by what looks to be a huge margin).

Put simply, Rubio is out of time and out of excuses. He’s already abandoned the campaign he wanted to run, trading Reaganesque pabulum about America’s glittering future for a scorch-the-earth offensive against Donald Trump. He continues to insist that he, among all the remaining candidates, is the only one who can take on Trump, despite the mounting pile of evidence that he can’t actually do it. At this point he’s not even running to win the nomination outright – he’s just trying to keep Trump from winning and to stay alive long enough to pull out some sort of miracle upset at the nominating convention. It’s difficult, though, to present yourself as the best Trump spoiler when there’s another candidate out there, Ted Cruz, who has actually succeeded in beating Trump in several states. Cruz isn’t going to bow out any time soon after winning three Super Tuesday contests, and John Kasich seems hell bent on fighting through until at least March 15 and the Ohio primary, so Rubio will keep pleading with his elite backers to just give him more time to live up to his diminished potential as the party’s savior.

That gets to the nut of Rubio’s problem. Rubio is running to save the GOP as it currently exists, promising to insulate the “party of Reagan” from the destruction and chaos that Donald Trump threatens to bring down upon it. But at this point Republican voters don’t seem to think there’s much worth saving. As CNN noted, the exit poll data from Super Tuesday showed that “large numbers of Republicans across the board said they felt ‘betrayed’ by their party, with almost 6 in 10 feeling that way in Georgia and Alabama, and roughly half of Virginia Republicans feeling that way.” These angry, disillusioned voters are the ones that gravitate to candidates like Trump and Cruz, who offer themselves as outsiders who will do violence to the existing political order. Rubio, in the meantime, puts up his best showings with Beltway Republicans who are very much invested in maintaining the status quo.

And after Super Tuesday’s results Rubio can’t even make a terribly strong case that he’s the best choice to protect the Republican establishment from Trumpism. The best he can do is to just keep on pointing forward towards the glorious Rubio victory that, as usual, remains just over the horizon.