This is your Republican Party: The establishment is as racist as Donald Trump -- and created him

Enough with the nonsense about a horrified GOP establishment. Trump, and horror like this, is entirely their doing 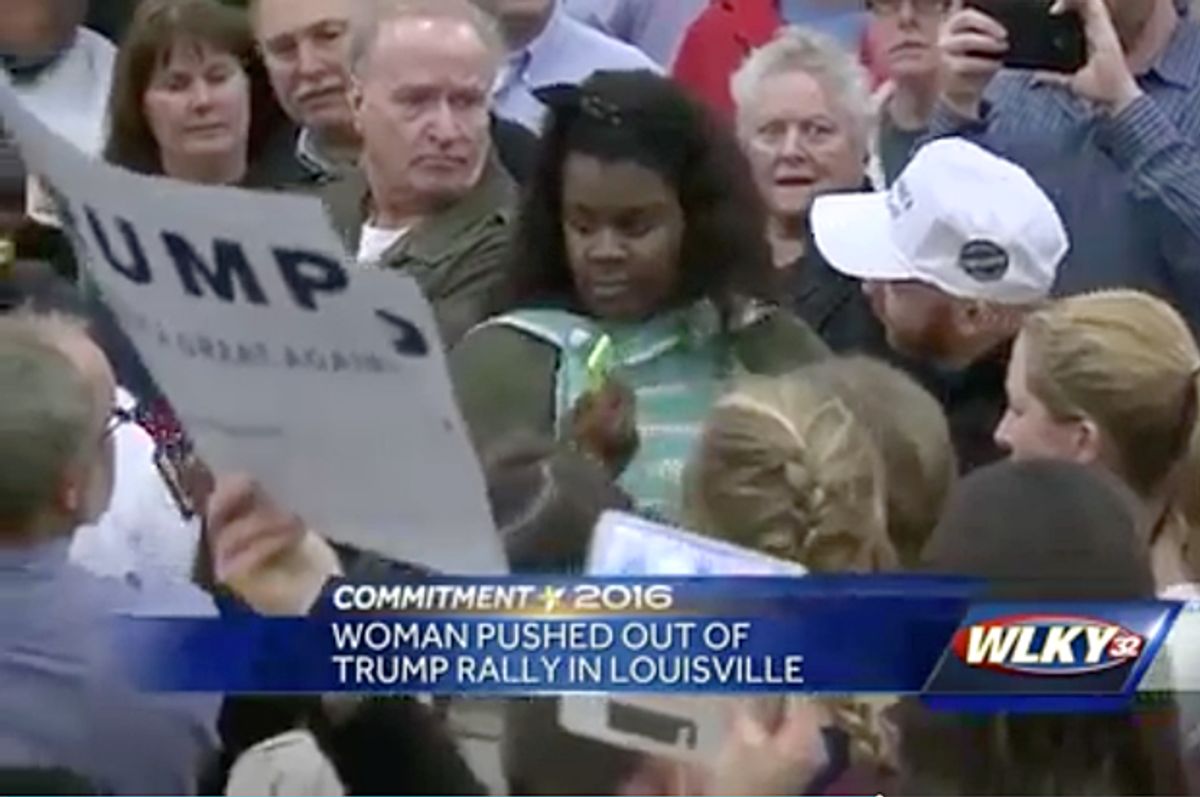 On Super Tuesday, Donald Trump continued to lock in his chokehold on the Republican Party. He won seven of the 11 Republican 2016 presidential primaries and caucuses. Trump now has 302 delegates as compared to Ted Cruz’s 174 and Marco Rubio’s 104. The Republican “establishment” is in panic mode; it appears to most observers that Il Duce Donald Trump, the American right-wing’s version of Immortan Joe from the movie "Mad Max: Fury Road," is a fait accompli as the 2016 Republican presidential nominee.

Campaigns and elections are also a collection of micro-level, personal experiences. The notion that “the personal is the political” is a cliché. It is nonetheless very true: this will be the first presidential election for millions of young and other new voters. Moreover, there are Americans who have never before volunteered to assist in a campaign or election. Some of them are “feeling the Bern.” Others are working for Hillary Clinton, Donald Trump, or the other prospective presidential candidates.

Movements like Black Lives Matter, as well as other citizen activist groups are standing up for the rights of immigrants, Muslims, women, and people of color more generally, in an era of police thuggery, surveillance, the neoliberal nightmare, a broken economy, and resurgent nativism and sexism. In all, these organizations and nascent social movements are introducing many Americans to the power of protest and the realization that they too—not just big money and inside the Beltway interest groups—have a voice.

Ultimately, these activities--voting, organizing, protesting, and other activities--will be one of the primary moments of political socialization for many millions of Americans. Their experiences in the 2016 presidential election will influence the rest of their lives and how they think about (and experience) what it means to be a member of the polity.

Politics can be messy. It involves what are called “push and pull” factors. At its worst, those moments can involve violence. In a functioning democracy such behavior is considered outside of “normal politics.” But as Donald Trump’s proto-fascist Herrenvolk nativism movement grows in power, and Republican Party elites are paralyzed by a knot of racism and demagoguery they both nurtured and created, many of the standing norms of recent American politics seem as though they are teetering on a precipice.

The following is a single data point, a news item that will likely be lost in the background noise of Super Tuesday, or just one person’s experience which they will remember for a long while and others will quickly forget.

As reported by the TV station WLKY and shared on social media, a black woman was repeatedly assaulted at a Donald Trump rally in Louisville, Kentucky. White men in the crowd repeatedly shoved this young black woman while white women yelled at and harangued her. Whiteness united them in their vitriol and meanness across lines of gender and sex.

It was an ugly and disturbing scene.

Violence at Donald Trump rallies is now a common and expected occurrence. Trump encourages violence with his Right-wing strongman professional wrestling routine. Trump’s backers have followed through on his edicts. They have attacked a homeless person who they believed was an “illegal” immigrant, beaten upon a Black Lives Matter protester, and engaged in violent and hostile acts against others who they identify as not part of the tribe.

[At an earlier Donald Trump rally, approximately 30 black students at Valdosta State University in Georgia were also removed before the event began. While their tuition may have paid for the building where Trump’s event was to be held, they were identified as potentially “disruptive”. Black and brown bodies are now marked as being a “threat” to the “safe space” that Donald Trump’s political events create for white supremacy and anti-black and brown racism.]

In all, the violence at Donald Trump’s Kentucky campaign rally is but one more reminder of the racially prejudiced, bigoted, and nativist attitudes held by those people who support Donald Trump’s presidential campaign—and of Republican voters en masse.

The violence at Donald Trump rallies is also an additional indicator of the fascist and authoritarian tendencies that are driving his campaign and subsequently winning broad support among broad swaths of the Republican Party base.

As David Neiwert outlined in his essential essay “Donald Trump May Not Be a Fascist, But He Is Leading Us Merrily Down That Path,” the GOP frontrunner is systematically filling out the checklist (most recently with threats against the news media) that will push him from being a “mere” proto-fascist to a full on member of that noxious political tradition.

Perhaps it is a perverse and ironic sign of racial “progress” that the black woman who was assaulted at Trump’s rally in Louisville, Kentucky, was not lynched by the enraged white crowd.

However, one cannot overlook the obvious hypocrisy: if a white Republican female was pushed and shoved by black men as she protested at a Democratic, “liberal”, or “progressive” political event such a happening would have been the source of immediate and hysterical coverage on Fox News and throughout the right-wing news media entertainment echo chamber

Tuesday’s assault at Trump’s Kentucky rally is but one more reminder of America’s old history and living present where black women are marginalized because of their gender and racially stigmatized as a result of their skin color. For most of United States history black women have been denied their full citizenship and civic equality on both accounts.

Trump’s ascendance and the violence at his political events also reminds us of a second truth about the color line in post civil rights Age of Obama America.

Writing at the Boston Review, Simon Waxman has insightfully suggested that:

Racists were chastened by the word police but never disabused of an ideology in which white supremacy reflects the universe’s order, natural or divine… But it is not one crazy guy, and there is no use pretending otherwise. That is 20 percent of the people voting for the man whom the pundits, on the eve of Super Tuesday, call inevitable, overwhelming, a runaway train.

So thank you, Donald Trump, for showing us more clearly the world we live in.

I enthusiastically agree with Waxman’s observations. I too would like to thank Donald Trump for reminding the (white) American public what has been obvious for many decades but that too many members of the political chattering classes have been afraid to publicly state in a direct and unapologetic manner: the Republican Party is the country’s largest white identity organization; in the post-civil rights era conservatism and racism are now one and the same thing.

If she did not know it before, the young black woman who was assaulted by Donald Trump’s neo-brown shirts in Kentucky most certainly knows those facts to be true now.